The Cross is a Choice for Heaven or Hell

The Cross is about the vulnerability of God, it is about God placing himself into our hands.

In the Crucifixion God is scourged, spat upon, crowned with thorns, nailed to the Cross and left to die.

Upon the Cross the ultimate battle, is revealed the terrible truth of God, the all powerful becomes all weakness, Life himself submits to death, the sinlessness is overcome by sin. Fallen man who has fought with God from his beginning now enters the final battle.

Before us is set the incredible power of man, he can and does crush God, remove from existence, expel him from the earth he had created.

Before us is set the love of God, that he for love of us is willing to be defeated. For us Immortality becomes mortal.

The doctrine of Hell is essentially about freewill. Man can choose to embrace God for all eternity or to reject him, to say 'yes' or 'no', we can choose between life and death. In a very real way we are made like God himself, we are eternal.

On the Cross God shows himself powerless but we are never powerless, God removes his choice by choosing to love us. God accepts us with utter love and we are called to make a decision of accepting or rejecting him. Catholic theology never teaches God or his Grace is irresistable. In each of our acts we can either reject or accept God.

We can be in the crowd which shouts Hosanna - 'Save us' as we follow Jesus in the great sacrificial procession from misery (Bethany means 'House of Misery) to be at peace with God (Jerusalem means 'the View of Peace') or we can be in that other crowd which rejects him and shouts "Crucify him" and does crucify him.

The choice is eternal because we are eternal, we can choose God which is Heaven or Hell where the pain is our own decision to reject God.

Heaven and Hell are both a single moment but an eternal moment.

That letter from the Pope Emeritus

I am surprised that few people have reacted to the Secretariate for Communications fake news presentation of the Pope Emeritus' letter to Mons. Viganò in which left out  is significant sections. It adds to the sense of chaos and corruption in the Holy See.

Ratzinger is Newman-like in his precision also happily leaves his readers to think more deeply about what he has written.

Here are my first thoughts on translation on Sandro Magister's blog.

Rev.mo Signore
Mons. Dario Edoardo Viganò
Prefetto della
Segreteria per la Comunicazione it is striking that a Secretariate should produced such edited release of this letter
Città del Vaticano

7 febbraio 2018 it was written one month before its release on Francis' 5th anniversary, and was treated as an endorsement which it obviously is not.


Reverendissimo Monsignore,
I thank you for your courteous letter of January 12 and for the attached gift of the eleven small volumes insubstantial? light weight? edited by Roberto Repole.
I applaud this initiative which is intended an initiative which is a good idea but .. to oppose and react to the foolish prejudice according to which Pope Francis would be only a practical man devoid of particular not general, or over any other type of formation  theological or philosophical formation, to suggest Pope Francis does not have a philosophical or theological framework for what he does would indeed be foolish while I would be solely a theoretician of theology who could understand little of the concrete life of a Christian today. could this 2nd clause about Benedict himself be more important than than the first
The little volumes he repeats demonstrate, rightly so, that Pope Francis is a man of profound philosophical and theological formation, he was formed in profound philosophy and theology but it is formation (yet again) not Magisterium or present grasp of the faith and they therefore help in seeing the interior continuity ???  Edward Pentin asked Abp Ganswein to explain, he hasn't yet, it could simply mean he contains "Popeness" St Pius IV had an 'interior continuity' from Rodrigo Borgia between the two pontificates, albeit with all the differences of style and temperament. much of Benedict's life has been about promoting "Continuity" especially of the post-Concilliar Church with Christ and the Patristic Church and the Church of his more recent predecessors.
Nonetheless, I do not feel that I can write a brief and dense theological page about them these books in particular? because for my whole life it has always been clear that I would write and express myself only on books that I had also truly read. and yet they are 'little books' Unfortunately, even if only for physical reasons, he has lost sight almost completely in one eye I am not able to read the eleven little volumes little again in the near future, all the more so in that I am under other obligations to which I have already agreed. I have better things to do, what are these other 'obligation'?
I am sure that you will understand, and I extend to you my cordial greeting.
Yours
Benedict XVI

Viganò's presentation has shown the amateurish relativistic and untrustworthy nature of its Communications Secretariate.

There is certainly need for reform there if the Vatican is to be trusted. 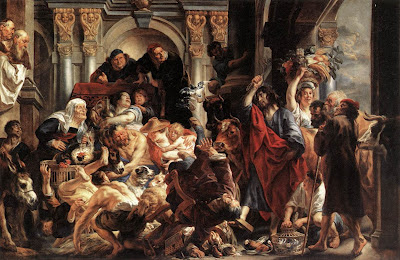 The God-Man, driven by the Spirit, goes into the wilderness not just to be alone but to begin a war against confusion and disorder, against the demon's and devils which will reach its triumph of the Cross, when God's Kingdom is exulted. He goes into the wilderness to cleanse it for at the end of his stay there the angels come to minister to him there.

The cleansing of the Temple, in today's form comes from John's gospel, it is at very beginning of his Gospel, chapter 2. It is used as a kind of preface to John's Gospel  -the other Gospel's use it as a preface to Holy Week. In John's Gospel it becomes a statement of Jesus' mission - to bring right worship or it could be translated as orthodoxy- ortho doxa - 'right glory/teaching' to the world to save it from heterodoxy - other glory/teaching.

Jesus cleanses the Temple to purify it. The Temple of course was a metaphor for or a model of the cosmos, like pagan temples. Indeed some have suggested Jesus' teaching about the destruction of the world was actually about the destruction of the Temple. Jesus himself of course compares his body to the Temple, "Destroy this temple and in tree days I will raise it up." "He was speaking of the sanctuary that was his body"

Disorder, heterodoxy or heresy, confusion are not of God. Moral confusion is not of God, hence in the first reading God gives the 10 Commandments, the first and foremost, "You shall have no gods before me", it is introduced by God saying "I brought you out of the house of Egypt, the house of bondage, of slavery". Out of the place of superstition, immorality, moral confusion and relativism. Hence the absolute necessity to follow the Commandments which are not about slavery but liberation in God.

Orthodoxy right worship is freedom. St Paul will tell Christians that they too are the Temple (of the Holy Spirit). Cleansing our Temple is a fundamental to being a Christian. Believing rightly is absolutely necessary to acting rightly, towards Gad and man. Knowing/understanding our Catholic faith is necessary for our Salvation. Wrong belief goes with wrong living, hetrodoxis goes with hetropraxis.

The Good Shepherd leads us into truth, he makes the lost, the found, those in darkness are led into the light, the wounded have their hurting healed.

Lent is the time when Holy Church commands to cleanse the Temple of our heart by recognising our sin, our unorthodoxy, in the light of the Commandments, in the light of the Gospels to confess all our serious sins in the Sacrament of Penance so that we might be purified to receive the Risen Christ in a truly worthy state.
at March 04, 2018 No comments:

Where is the Vatican going?

With scandals like gay drug parties in Vatican palaces, bishops running major dicasteries who put suggestive murals into their cathedrals, monsignori who get caught in lifts with their boy friends being promoted one has to ask where is the Vatican going? Maybe the other questions are, where are we being taken and wo is taking us there? 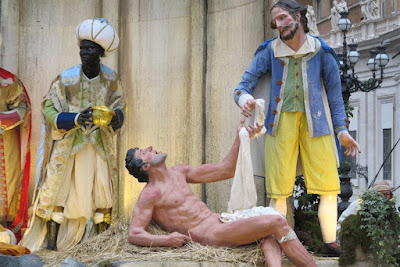 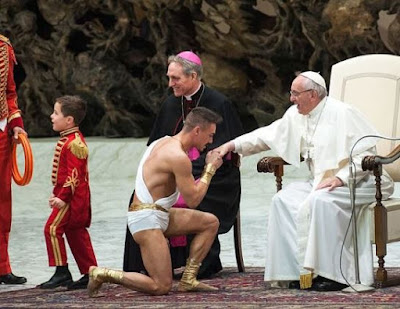 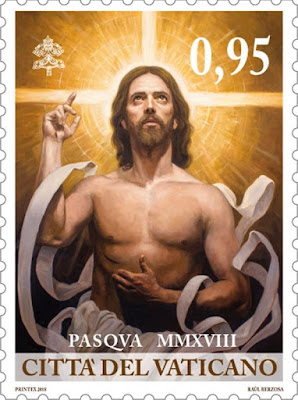