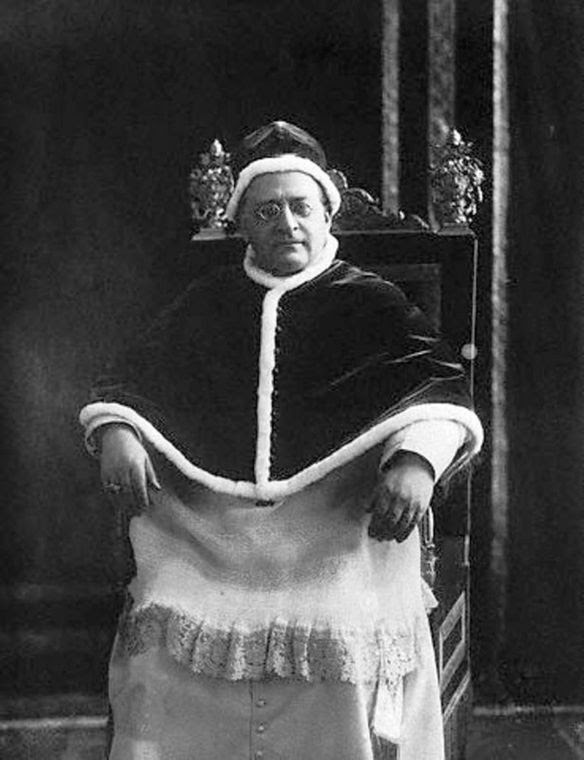 Yesterday was the anniversary Mit brennender Sorge written by Pius XI and smuggled into Germany and read at all Masses in 1937, this letter is anti-Nazi and anti-Hitler.

It calls the German episcopate and Church to oppose Hitler and Nazism, even at the cost of martyrdom.

It is worth reading for what it says to us today when other ideologies that would dethrone Christ, it is also significant as an historical reflection on the ills of Christianity in Germany and its tendency to depart from Christianity and to replace central doctrines with something incredibly dangerous.
at March 15, 2016

The reason why German theology collapsed after WWII is because of the cult of the War. Trump supporter and Catholic writer, Pat Buchanan is very good on this point.

Vatican II was an American project not a German one. It is only when the war cult is deconstructed and the American empire collapses will the Church be free to evangelise again.

“Mit Brendinger Sorge” is an Encyclical within the Magisterium. It was addressed to all, but particularly to the German bishops by a Pope who was dieing, but still mentally fully alert!

It deals with the ancient German tendency to cling to its old paganism in the inclination towards a national concept of Church, then as today expressed in a widespread heterodoxy. Also, it deals with the German willingness to look beyond the Church to false and un-Catholic concepts. Then, in 1937, it was that of atheistic national socialism. Since 1937, it was seen in the toying with false religions, such as gastarbeitern phenomena of the 50/60s. Today it is in the form of the infamous invitation invitation to Islam to continue to come into Europe.

We, or rather our forebears, saw this in the Prussian/Ottoman alliance of 1914/18.

But this does not and never has applied to all Germans.

The Church in Germany will be safe, albeit smaller, in the hands of bishops such as Cardinal Mueller and German lay- persons such as Martin Mosebach, as in “The Heresy of Formlessness”.

"It was addressed to all, but particularly to the German bishops by a Pope who was dieing, but still mentally fully alert!" I have read some nonsense in my day but this is something else. I suppose one shouldn't be surprised at someone who can't spell "dying" but I am. It was, and I quote from the official English translation, addressed to "THE ARCHBISHOPS AND BISHOPS OF GERMANY AND OTHER ORDINARIES IN PEACE AND COMMUNION WITH THE APOSTOLIC SEE."