Rite of degradation of a Bishop (or Archbishop) 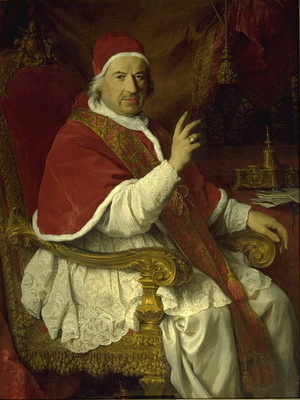 Milingo's act of schism which caused his automatic excommunicaton has sent a buzz round some websites about the "Rite of Degradation of a Bishop", it was ordered to be printed for the first time in 1862 on the instruction of another Benedict, Benedict XIV.
Though one might suggest names, even those who qualify seem loathe to come forward to be publicly degraded, so I do not know when it was last used.

Yes father, lay involvement most probably takes place in the procession to the place of secular punishment.
The rubric might run, "Then shall the little children hurl abuse and spit, and elderly crones shout and throw vegetable matter (organic of course) at the degradus.

Couldn't they just get Alan Sugar along to tell him "You're fired!"?

Can I really not suggest some of our English bishops?

still me,
What about the degradation of Liturgy Co-ordinators? There are lots of interesting things I could do with floaty candles, nails, pebbles, bits of cloth, circle dances etc

Father,
You may not be aware but when I type in "bishop blog conry pastoral letter" in google your blog comes up with the Rite of degradation of a Bishop.