What is the Church for? 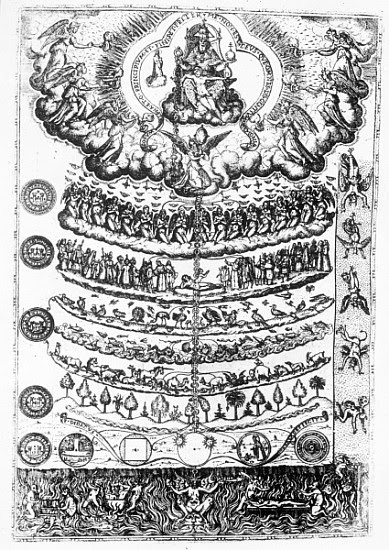 "What is the Church for?" was on a poster that appeared on my Church noticeboard, there was apparently some course going in Westminster.
It is a pretty fundamental question, but rather a modern question,  it seems to betray a modern obsession for function. A better question would have been "What is the Church?" If that was the question then scripture would tell us, it is the Bride of Christ, the Temple of the Holy Spirit, the Body of Christ. It is the whole esse versus agere being, doing thing.
My old Spiritual Director used to pose this question, 'Are you a human doing or are you a human being?

Christianity is not about what Christians 'do' but what Christians 'are'. The Great St Athanasius, who comes from the grreat school of African monasticism, which emphasised the encounter of Man with God, is concerned about first what God 'is' but from this -not secondarily to it but part of it-  is, what Man has become in Christ, hence his opposition to the deadly doctrine of Arianism and consequent emphasis on theosis or divinisation.


"The Son of God became man, that we might become god", [the second g is always lowercase since man can never become a God] indicates the concept beautifully. II Peter 1:4 says that we have become " . . . partakers of divine nature." Athanasius amplifies the meaning of this verse when he says theosis is "becoming by grace what God is by nature" (De Incarnatione, I)

This touches a great deal on much that is happening in the Church today, including the liturgy, and I think separates the two forms. The New Rite is easily seen as functional: it builds community, it teaches, it catechises, it involves the faithful, it celebrates, it mourns,  it presents the Church of today, it is easily adapted, whereas the Old Rite simply is. It is unchanging, unwieldy, unadaptable; the only function it really has is worship, whereas with the New Rite worship is, or often seems, subsumed by every other concern.

It is worth remembering that God, when asked by Moses who shall I say sent me is told to tell the people it was, "I am who I am". God is ultimately not defined by his function only by what He is.
at June 12, 2014

Thank you, Father.
I had applied the 'human doing' or 'human being' to the liturgy as soon as I read the words, and you have drawn it out rather well!

Thank you for the profound analysis.

I remember a sermon given by a Priest in my Diocese, who BTW has posted here before. It included the phrase "We are Human Beings, not Human Doings !". Always stuck in my mind.

Beautiful. Thank you Father. I needed to read this article right now. Chronic health problems drastically reduce one's ability for "doing" and can cause one to feel useless. What you wrote about "being" reset perspective and brought peace.

The salvation of souls for the glory of God . . .

Spot on, Lynda.
I prefer the old version: "I Am Who Am." Seems more of a piece, somehow.

Dear Fr Ray , Do you prefer tridentine or Novus Ordo.

Edward,
We all have to struggle against our personal preferences.