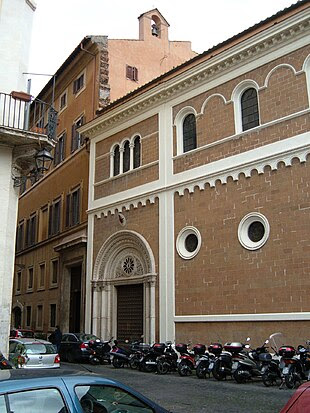 I remember a brief conversation with Cardinal Suenens soon after the election of S John Paul II. As a gauche seminarian I asked, "So what do Cardinals do after electing a Pope?" His curt answer, "Look for a successor".


Cardinal Cormac Murphy-O’Connor, the former leader of the Roman Catholic Church in England and Wales, helped to orchestrate a behind-the-scenes lobbying campaign which led to the election of Pope Francis.

... there had been a discreet, but highly organised, campaign by a small group of European cardinals in support of Cardinal Bergoglio... Writer Austen Ivereigh, nicknames the group “Team Bergoglio” and says members toured private dinners and other gatherings of cardinals in the days before the conclave, quietly putting their case.

I can understand Pope Francis irritation with 'leprous courtiers', but then there was that Monsignor Pedacchio at the Congregation for Bishops who was supposed to have been faxing vast numbers of document to Cdl Bergoglio, or "Team Bergoglio", He is now the Pope's secretary.

As Ivereigh was Cormac's press officer, presumably  he relies a great deal on the Cardinal's inside information. His Eminence has frequently spoken of his closeness and friendship with His Holiness.

One of the stories which may or not be true but was told widely by several English College students, the college was of course Cardinal Murphy O'Connors Roman base, he has/had a suite of room there. Apparently during the Conclave that elected Pope Benedict there was a reception for the European liberal Cardinals and their political friends, apparently Cardinal Pell wasn't invited so he positioned himself in the window of a restaurant opposite the College and rather conspicuously recorded who went in.

Some people hate the idea of intrigue, because of course it is terribly human, and yes, open to corruption and all sorts of evil, they naively assume the Cardinals enter the Conclave as blank sheets of paper and await the Holy Spirit to move them to vote for particularly Holy candidate. If only it did happen that way, if only that was how bishops were chosen, or priests were selected for some office in that way but it always seems to be about he advancing of a faction rather the God's Kingdom.
Messy thing the Church, I am sure Ivereigh's book will reveal more mess and is itself part of the intrigue!
at November 24, 2014

Just another day in the Vatican :-)

Cardinal Cormac has always been a blabbermouth. He can't resist letting one and all know how influential he is, but it's best to take him with a pinch of salt.

I am afraid, Father, that this looks like tittle-tattle, the less of which the better for all concerned.

"Some people hate the idea of intrigue..."

I'm almost one of these, but rather: I'm naively intrigued by the intrigue... and the political shenanigans within the Church.

Just a common every day democratic election with solicitors and door knockers. Does anyone else see an absence of the Holy Spirit here? Rather it seems something else is soliciting. In fact one might see in the action of the solicitors a denial of the maxim, "Father knows best.

The baffling group in all of this are the Americans who have been something of a mystery ever since they began to make appearances at papal conclaves en masse in 1958. It's clear that neither George nor Doland knew the first thing about Bergolio and decided to vote him in only five ballots. You'd think out of loyalty to Paul VI (hot favourite in '63) they might have urged the college to take an extra day. The logic being Montini required six ballots. This whole unhappy process smacks of CMOC - the man who gave us Gatwick airport's chaplain and Kieron. Why don't the Americans come organised to these events? The gormless "Euros" would cave in as soon as one of the Americans opened his mouth. Yet Heenan recalled in his autobiography, they unaccountably punch below their weight at these gatherings. An irony given the deteriorating behaviour of American foreign policy makers amongst the bishops' secular equivalents.

What a surprise!
I believe it, yes, I believe it!
I'll also bet that Cardinal M.O'C had nothing to do with the appointment of Cardinal Sarah.

Carlos Julio Casanova Guerra, Venezuela-Chile:
I find it very interesting, I believe what you say, there was a big movement against Benedict XVI, there was a movement pro-Bergoglio, it was started by Martini. Socci has revealed anomalies. There has been a movement to overthrow the Church from within, at least, since the last years of the XVIII century (says Ratzinger, and he knows). It became huge, when a Pope had to force priests to take an oath of allegiance, which, much moreover, was widely neglected and taken with cynicism. It was a total disaster when Von Hildebrand wrote The Troy Horse in the City of God; when the critical-historical method took over biblical studies; when Freud became the standard by which vocations were measured, before and after seminary, the standard by which religious problems were treated in the monastery. I don't want to say anything about Bugnini so you don't believe I am a SSPX or something like that: I am a faithful catholic and a philosopher that is suffering NOW because of what is going on NOW. I don't disavow V-II or the last 6 Pontificates... But this one seems to be among those to remember, like Alessandro VI, Borgia, or Honorius... only more conspicuous, for being worse. Then, the problem I have is this: will you give us more data, more insight, more information: I beg you to do so, please, Father. And bless us, as they say always in my country (Venezuela)...

I do believe that any conversation or info on a concave is he consider secret???? I fell the the good cardinal had one to many. By this report he excommicated himself by this revelation on said event.

Original sin but do not forget the Holy Spirit protects the Church from error at the highest level.

We must pray and do penance for this Pope. Now...

'One of the stories which may or not be true'

Is it appropriate to be repeating stories that may not be true? I would suggest not indulging in such gossip on a website run by a Catholic priest.

The kingdom of God begins as a tiny mustard seed, but grows into the largest of trees, "and the birds of the air will come and nest in its branches". Our Lord foresaw all the careerism and intrigue and warned us that it was inevitable in an institution made up of human beings. This is nothing new, nor does it mean that Our Lord has failed us or the Holy Spirit has abandoned the Church. Although I don't think I have ever been taught that the Spirit personally chooses each Pope, just that the office has special graces available to it, whoever is the temporary office holder (and there have been some hair-raising characters and circumstances surrounding some popes in the past - John XII for example).

JCR, I haven't check with Cardinal Pell nor was I there but it would appear to be true, inasmuch as I have heard the story from several VEC sources, as it seems to show CDL Pell's resourcefulness, it is a rather creditable story. I don't think it is gossip but is illustrative of what goes on before a Conclave, Their Eminences meet and talk, that is their main purpose: ensuring a worthy successor.

It is interesting to note that CMOC's press secretary has written a denial of this story in the Telegraph's letters pages.

The implications of why he must deny it to avoid the penalty of excommunication latae sententiae are dealt with very well in this article here:

I wonder if Ivereigh was aware of how much excrement he could be dropping Cormac into when he wrote his book? I hadn't realised that the penalties protecting the secrecy of conclaves also extended to non-voting Cardinals who only attended the pre-conclave congregations.

Deacon Augustine,
Excommunication yes for those who reveal pre-conclave congregations, soirees are different.

'Soirees are different'? Hey let's get some of the cardinals together who support one candidate and invite those who might be persuaded, we can always call it a 'soiree'! Press secretaries are usually appointed in the secular world because they have a proven ability to hide facts/spin facts/dazzle/confuse/charm etc. It would be hoped that a Prince of the Church would have sought to appoint a totally honest, trustworthy person of proven probity. If the Cardinal knowingly appointed the former, it is deeply troubling, if the latter then why should we disbelieve him? When Ivereagh resigned, the Cardinal said some very kind things about him. I believe the Cardinal.

There seems evidence that there was a nasty campaign against Ratzinger in 2005 as someone voted Cardinal Law in the 4th ballot. This is based on the leaked version of the election process where Bergolio was first mentioned. If my memory is correct, Bergolio is reported to have instructed his "supporters" to get behind Ratzinger and this was ignored by not an insignificant number during that 4th ballot.

Of more interest to me is the surprise registered by the CIA which greeted the 2005 result as leaked by Snowden. It suggests that the CIA had for their source an American journalist who had assured them that Ratzinger would not get the papacy. No prizes for the journalist's identity as there have always been close links between said hack's erstwhile employer, the CIA and the American Catholic Church. Both Karl Rahner and John Courtney Murray have adorned the front cover of their publishing arm's most famous title TIME. It is however, said journalist's malevolent biography of the then Cardinal Ratzinger where the negative lobbying began.

Didn't Pope Francis admit that the agenda for his papacy was worked out before the Conclave?

It's an open secret that in 1978 Basil Hume orchestrated a 'stop Siri' campaign.

However, the goings-on at the recent Synod were a splendid example of almost Renaissance intrigue, played out in public. I loved it.

There is very little in the statement by the Cardinal's press secretary - the behaviour denied is very narrowly drawn. And, all cardinals are generally presumed, without something special to the contrary, to "assent to candidacy for the papacy".

And magisterial infallibility is, necessarily, very specifically limited - for predictability, authority, avoidance of confusion or lack of clarity.

Msgr.Lefebvre wrote a book "A Letter to Confused Catholics" - they have become even more confused since that time.

Two Popes, one being an Emeritus, opining, apparently, different ethics; one imbued with great Charity and reticence, the other somewhat vindictive of those not conforming to his particular, view of that which he seeks to make Mother Church.

And one wonders regarding speculation, what else is open to people in these mad times!

Why does a retired Cardinal need a Press Secretary and who pays for her services? Why could he not write himself?

Yes, Mr Bellord, may as well call a spade, a spade. It's a propaganda official. Helps Cardinals do their work of saving souls, don't you know?

Well, this just got interesting