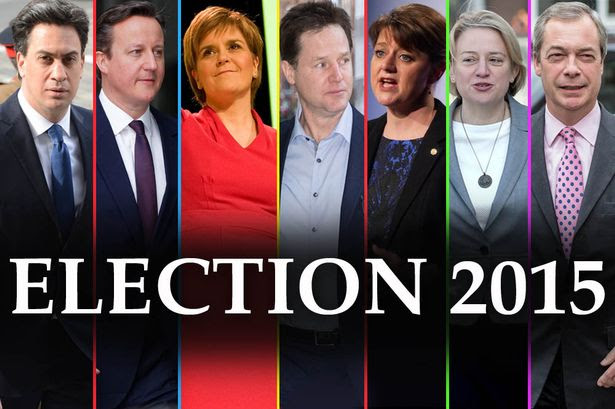 Who killed Jesus? They did!
So, being more nuanced Politicians did it.

The Gospels are careful to note the interplay of power and fear, of popularity and rabble raising, threats and the machinations of disciple, principally Judas but also Peter, the 'Jews' and Romans,
The two crowds; the Galileans who wave palm branches in victory and greet Jesus with cries of 'Hosanna' in expectation of the Kingdom are not the same as the metropolitan elite who cry 'Crucify him'. The former support Christ the latter the anti-Chist, supporters Bar-Abbas, the other 'Son of the Father'. To prevent a clash between these two parties is why Pilate and his force is in Jerusalem, they are on high alert and expect trouble.

The Jerusalem clergy are politicised, intent on holding onto power, trying to score points off the local Roman governor, Pilate, Josephus tells of their complaints to Rome, so their words about Pilate not being a friend of Caesar's are full of menace. The High Priest's words, "It is better for one man to die for the people than for the whole nation to be destroyed" are rich in theology but Caiaphas is more concerned for himself and his priestly or courtly faction than for the salvation of the nation.

It is on this altar that the Jesus the Lamb is sacrificed. St John whose major theme in his Gospel is 'Truth' has Pilate ask Jesus, Truth himself, 'What is truth?', and then almost immediately wash his hands of truth, preferring expediency and realpolitik to truth. Yet Pilate really seems to be a victim along with Jesus, though he is willing to sacrifice his integrity, he like Herod, who killed the Baptist, has a fascination with the truth, he seeks the truth in the abstract, though he, ultimately like Herod, destroys what fascinates him.

The real villains of the Crucifixion are the clergy, who manipulate the Sanhedrin and the politicians, they have  lost sight of their true vocation, they cling to power and influence and are concerned about their own faction's advancement, God simply does not figure in their thinking, except as another weapon in their armoury.


I spoke recently to a priest who was ordained a decade or so ago. He discerned his vocation in the full maelstrom of the abuse crisis, many of his family and friends thought him either mad or a pederast, they couldn't understand why a decent lad like him would feel a vocation to an organisation which was being daily exposed as a source of corruption and depravity, with leaders who were themselves either corrupt or facilitated and covered-up the wickedness of others. 'In those days being a young practicing Catholic was bad enough', he said, 'wanting to be a priest was for many of friends incomprehensible'.

Older clergy and even younger clergy from the non-English speaking world perhaps do not realise how much the Church has moved on from the post Concillior period. One serious danger is that senior bishops still think of themselves in terms of guarding the polis of the Church by trying to 'tame' the truth or manipulate it rather than letting it loose and allowing it to defend itself. We saw this in the child abuse crisis, we see it repeated again in the antics of those involved in the Synod.

I know the Holy Father says about prayer being preferable to gossip about the Synod. I presume he is not suggesting that there should be no  talk about Cardinals intercepting books sent to Synod delegates or Archbishops 'pre-writing' the Relatio or trying to rig the voting or manipulate discussion, to me some 'gossip', if it is that, seems very healthy: 'sunlight being the best disinfectant', comes to mind. The Truth is like a Lion,.. let it loose and it will defend itself.

Bravo, Father! Thank you for your beautifully lucid analysis of the historical events and characters.

They tried to tame the Truth by nailing him to a cross. And they are still trying. Pontius Pilate, despite his cowardice, had the truth about him which he recognised in his heart of hearts written on a sign and nailed above his head. So there could be no mistake about what was really going on. They hated that and tried to get it removed. But Pilate simply said: "What I have written, I have written". They could torture and kill his body, but they could not destroy the Truth that is his very Person. On the third day the Lion broke free ...

Father today at The Liturgy I was decimated and desolated.My son and I returned home completely exhausted but this evening spirits are rising because we know that The Master is not dead but He lives and He has snaped the shackles of humanity and lifts us all.
Thank you for encouraging andvchallenging us,Father,and Happy Easter.Xristos Voskres!

Thanks for these thoughts Father. You are spot on. God bless and a Happy Easter.

The Good Friday liturgies told me my sins did. So, I killed Jesus.

The Truth defends Himself! Fr said, "they couldn't understand why a decent lad like him would feel a vocation to an organisation which was being daily exposed as a source of corruption and depravity, with leaders who were themselves either corrupt or facilitated and covered-up the wickedness of others." I would guess, a man with a True Vocation, no matter how much worldly fallen organisational tear-gas/nerve-gas is thrown in his way, finds the Way, some Way.

Apparently the term, 'useful idiot' was invented by communists. I imagine it was then re-launched as 'politically-correct', and then again relaunched as 'merciful'. But for any of us who at any time renege on our vows to God (our 'birth into life' - our baptism and confirmation or even more) - by speaking and acting as if 'God doesn't figure, unless as a tool', there is no armoury to protect us from our own treachery.

PS. In the old liturgy, there used to be a great banging and rattling in the darkness of the Church to denote the earthquake that tore apart the 'curtain' in the Temple. And then, the Light.

The Truth can be assaulted, suppressed and twisted but never defeated. The Holy Sacrifice of the Mass always situates us in the Truth.

I remember being told in primary school that Mankind, (including us lot in the class), killed Christ. We were taught Catholicism in those days, and what is more had no problems in accepting that thesis. After all we were a pretty rough lot and knew it.

On checking my “Penny Catechism” now, much lighter and more readable than the CCC, I find this is true. PC 55/56.

There is no doubt that certain sections of Mankind were/are more prominent in this process and politicians, and now many clergy, with their particular blend of pride, greed and envy are particularly so.

The Catholic Church is about Truth and so many clergy as is evident in the distortion of what started as a Synod on the Family, are not.

Oh we live in interesting times, do we not?

I often think that God, since we have fashioned ourselves into gods in our own image, has withdrawn His Face and is permitting us to experience a world without His Grace (or greatly diminished).

"When the Lamb broke the seventh seal, there was silence in heaven for about half an hour. And I saw the seven angels who stand before God, and seven trumpets were given to them.…Rev. 8:1

I believe this chapter, along with chapter 13, was referred to by Sister Lucia of Fatima in her correspondences regarding these times.