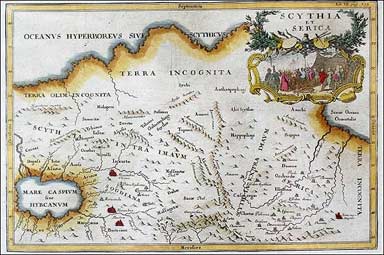 “Legislating for the right for people of the same sex to marry is like legalising male breastfeeding.” said Archbishop Cordileone in the Catholic Herald. I have been trying to think of some image that illustrates the law being used to make the impossible possible. The best I could come up with is Cameron as Canute turning the sea back at his command. I am not the most imaginative of people, I simply can't imagine the impossible.
Some Italian medieval author has a special place in Hell for those who change the meaning of language, to the point where it becomes meaningless - he is actually writing about monks and musicians who obscure liturgical texts by embellishments - but the result is the same language is stripped of its meaning.

One of things that fascinates me about Cordileone and the radically orthodox bishops that are being appointed under Pope Benedict is that they are able to be imaginative, and radically counter-cultural - at least as far as contemporary culture is concerned. Another example would the new Bishop of Cloyne who took on the bankers in his first public address, Bishop Egan calling for a return to, and reappraisal of Humanae Vitae would be yet another example. Again and again Pope Benedict draws out from the Christian storehouse things both old and new his theology is exciting.

Jeremiah 6:16 says, "Thus says the LORD: "Stand by the roads, and look, and ask for the ancient paths, where the good way is; and walk in it, and find rest for your souls."" It is really what Christian orthodoxy is about but there is also sense in which there is "cultural orthodoxy" and a culture being at ease with itself. The bright new worlds that are presented by theological and social engineers are entirely new unmapped paths, the green grass invariably turns out to be poisoned. It is simply uncharted territory, it is a land with no compass either a moral compass or any other.

Hence Cordileone can end his interview by saying, “All our detractors can do is call us names,” he says.... “Big deal if they shout at us or throw insults!” They shout and insult because they have no deep contrary arguments, what they want to put forward is without logic or reason, it is purely about fluffy feelings, advertising slogans and policies made on the hoof.
at January 29, 2013

"...without logic or reason, it is purely about fluffy feelings, advertising slogans and policies made on the hoof."

coca-cola was coined that 'cause it used to have cocaine in it - if they'd made a campaign of it back in the changing of the days that cocainless cola was still coca, they'd've probably lost their punters into bankruptcy. nominalism is the 'ground'lessness of Job's perecutor - but in the age of nominalism - catholic empty of Catholicism, marriage empty of marriage - the advesary of Job is probably enjoying an ill-earned sabbatical.

Pope Benedict XVI saw that, nearing the end of his predecessors reign, the barque of Peter seemed to to be a ship 'taking in water on every side'.

“Should we not also think of how much Christ suffers in his own Church? How often is the holy sacrament of His Presence abused, how often must he enter empty and evil hearts! How often do we celebrate only ourselves, without even realizing that he is there! How often is his Word twisted and misused! What little faith is present behind so many theories, so many empty words! How much filth there is in the Church, and even among those who, in the Priesthood, ought to belong entirely to him! How much pride, how much self-complacency!"mplacency!”

I propose a law that allows mothers to be fathers.

The fact that fatherhood is limited to men is a sad remnant of our once patriarchal society.

I just wish Cordelione hadn't shot himself in the foot by getting arrested for drunk driving just before he was installed in San Francisco. It is truly a miracle he turned out as orthodox as he did. During his time in seminary the San Diego diocese had, shall I say "relaxed" rules and a lot of shennigans were tolerated -- a particularly orthodox Monseignor was later installed to tighten up the regime. I am the same age as Cordileone - and in college when I was taking Latin I asked my long time friend Fr. Shipley (who was on the faculty at USD ) regards what Latin was then required of seminaries. And he said "those guys whine if you give them a few paragraphs - all they take now is one year. They would have NEVER survived in my day." [Fr. killed himself at the Angelicum in the 50s finishing a graduate degree that normally takes 3 years in 2 --- all classes and recitations were in Latin then.]

When Cordileone was made aux. bishop of San Diego, Fr. Shipley was pleased - he said Cordileone had been a very good student, along with a contemporary (now Father) Burt Boudoin -- who is now also fond of TLM.

Redefinition of one thing begets redefinition of others. We're seeing this with marriage, adultery and consummation. If our politicians had any common sense (and they don't) they would have realised at this point they were doing something mighty wrong and tampering with nature itself.

The most worrying and sinister redefinition to come though is "religious freedom". Its been tinkered with already and its obvious the politicians want to weaken it further to remove any spiritual opposition to what they plan to do next. Its coming to the point where politicians of all stripes are thinking as one and just see religion as their enemy.

This was from "The Life of Brian". Written to be absurd it isn't far from actuality today.

Could Parliament repeal the laws of biology?

You have a front row seat view, within the confessional, to the devastation caused by the social degeneration unfloding before us.

The sad part is I'm not sure that any level of social unraveling and cultural rot, leading to whatever level of humany depravity may come, will change the minds of the masses. What seems so obvious through the eyes of grace seems also to be utter foolishness to the eyes of today's natural man.

"Radically orthodox", father Blake? I suppose you're right, in a way. To speak aloud in support of plain Catholic teaching (as a Catholic) is radical today, especially for a Catholic bishop!

"Radical Orthodoxy" The radical nature of orthodoxy comes, not simply by being Catholic but by being deeply prayerfully Catholic, it is where the Evangelical Counsels spring from, a contradiction of the world.

Excellent post. Natural law is all but forgotten. My priest on Sunday was very clear on the issue. Hope this trend back to common sense and natural law,as well as the Teaching Magisterium continues.

Thank you for being a sign of contradiction in the world.