Missa Cantata for All Saints and some Old/New Rite thoughts 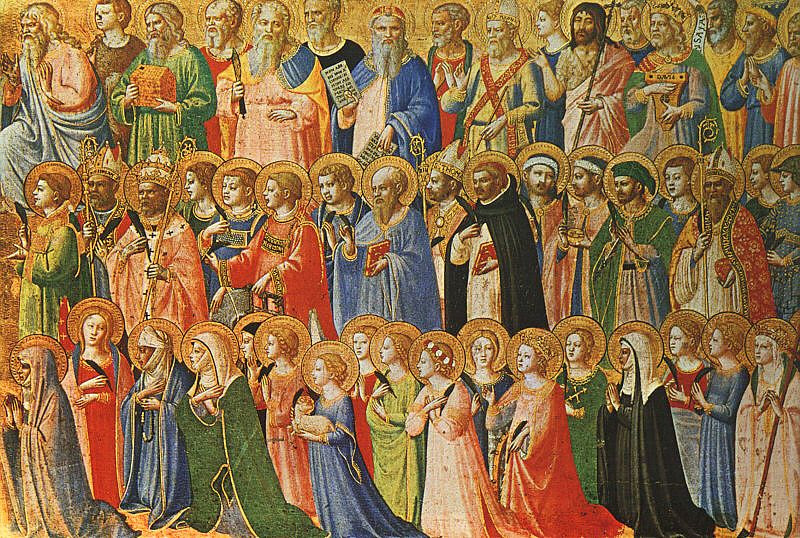 Tomorrow, All Saints day, there is an EF Missa Cantata at 12 noon, and if you want you can join the choir for a shared lunch (bring something to share), they are quite nice people, they will be singing Victoria's Mass: O Quam gloriosum est regnum.

I was having a conversation with a blog reader who I hadn't met previously, he happened to drop by yesterday. He was complaining about his parish priest, saying he wasn't sure what or even whether he believed. I think here lies the key difference between the two forms of the Mass.

The 'Old Rite' is an ancient clunky machine for prayer, it is simple, it is workmanlike, it has stood the test of time. It has been  said down the ages by saints or the most wicked of sinners. Providing the instructions are followed, it actually doesn't matter whether the priest is a saint or a sinner, a great orthodox theologian or a raving heretic. Who the priest is doesn't matter.

The 'New Rite' in comparison is a finely tuned instrument that depends so much on the skill of the celebrant, if he doesn't believe, his disbelief becomes immediately apparent, every facial expression or action, every ad lib depends on the ability or wit of the celebrant. Who the priest is matters a great deal. 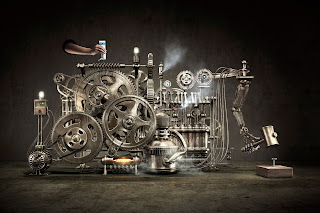 As a priest, I suppose, that is why I find the 'Old Rite' so much more restful to say. I was going to use 'less demanding' which is partly true, except the demands are different, they are more about an interior conforming of one's being to the mind of the Church, communicating with God rather than in the 'New Rite' trying to interpret the mind of the Church or communicating God to his people. Even celebrating the 'New Rite' facing East, demands more skill than celebrating the 'Old Rite'.
In the 'Old Rite' there was no talk of the Ars Celebrandi, just rubrics or doing things correctly but with  the 'New Rite' Ars Celebrandi it is absolutely necessary.


A priest described a celebration of the Mass by a bishop, 'at the elevation he raised the consecrated host with one hand to just below his shoulder and seemed to look at it with utter contempt'. I knew then that we had absolutely nothing in common.

Thank you so much for these thoughts.

I wish I could be excited about being a Christian every hour of every day. Some days, weeks, or months, however, I would rather be free of it all, and then it's extra-demanding to go to Mass and put on the happy face and sing the rollicking hymns and vigorously shake hands smilingly with all around at the Sign of Peace. (It's not like I'm suffering at the hands of ISIS, but I hate being so emotionally dishonest at the House of God).

In those times, I have appreciated the very few times I have been to an old Low Mass. I can carry on my petty, unedifying, selfish, but honest dialogue with God without having to worry that I'm not shining forth enough 'Christian joy' to my fellow worshippers.

It's also nice to see at the old Mass that the priest appears to be actually working, earning his pay just like I do (or should do) at my own job. The grinning, casual priests who skip bits of the Mass they don't like and use the shortest Eucharistic prayer annoy me - the more 'likeable' they try to make churchgoing, the more it feels like I'm attending some frivolous club (when there are better things I could be doing) instead of trying to further my relationship with almighty God. Indeed, I personally like the priest who says the old Mass a lot less than the one at my local parish church (they're both good men, don't get me wrong) but the old mass itself seems much more like worshipping God than simply listening to some self-absorbed old fool chatter on about his pointless thoughts (not my local priest, but some others that I've encountered).

I don't mean to be down on priests in general, and your blog in particular has been so helpful to me these past five years. I just wish church could be an experience of getting in touch with the numinous Deity instead of wishing that the priest would get on with his chatter, and the hymn would get over, and the holding hands would finish, so that I could spend a little quiet time with the One I'm actually there to meet.

In my (limited) experience, the new Mass is a lot more pompous than the old. I want to just be with God instead of singing "425 in the music book, verses 1, 3, and 7." I would rather read the Scripture myself as the priest murmurs his Latin than endure a lectrix reading each -- syllable -- so -- slowly -- that -- we -- forget -- the -- last -- word. Perhaps the threefold "ecce Agnus Dei" seems excessive, but I'll gladly have that instead of waiting though another tedious, extra-happy, extra-lengthy "Lamb of God." I don't know why I have to be held captive as an unwilling eavesdropper as the priest prays his Eucharistic Prayer to God through the church speakers.

Sorry for ranting. I just wish I would be allowed to feel like a Christian even when I'm not in a knee-slapping happy mood. The old Mass is just a better fit for people like me, I guess.