I think it must be a dreadful burden being Pope, after a few months it must become like being a prisoner, this used to be vivid demonstrated by the Papal vestments that were so restrictive that the Pope couldn't even move without a gaggle of monsignorial assistants. When he was dressed up properly it was easier to pop him in a chair and carry him around. It was a ceremonial sign of the nature of the Petrine Office, he can do nothing on his own, he looses his individuality, even his name, which is subsumed into his office. Fr Hunwicke, as usual, makes a good point about that today.


Being Pope is restrictive, like the king in Chess, there are many things you simply cannot do, like go out for a pizza, as our beloved Pontiff has said on one or two occasions, to making up doctrines. Everything depends on things being filtered through a voice like Fr Lombardi or the various dicasteries. The Pope might well say, "X" but "X" has to be interpreted. It is interesting that the most controversial parts of the Pope's Motu Proprio on Annulments, which let us say has not received overwhelming support from Canon Lawyers or bishops, will be interpreted by various dicasteries and already Monsignori are blunting its impact.


People talk about Pope Benedict's resignation and invent various intriguing theories, mine is simply the Papacy ended because no-one could trust any form of communication with the Pope that wasn't personal and face to face, letters, emails, even telephone calls could be leaked or stolen. Francis' move from the Apostolic Palace to Sta Martha, might well have been as he says for his own 'psychological needs' but it was necessary because it was impossible for anyone to get to Pope Benedict without the entire Papal Court knowing about it. No-one could drop in for a quiet chat. In a sense the Benedictine Papacy died of suffocation, anything important like Summorum Pontificum or the setting up of Ordinariate had to be a cloak and dagger operation, 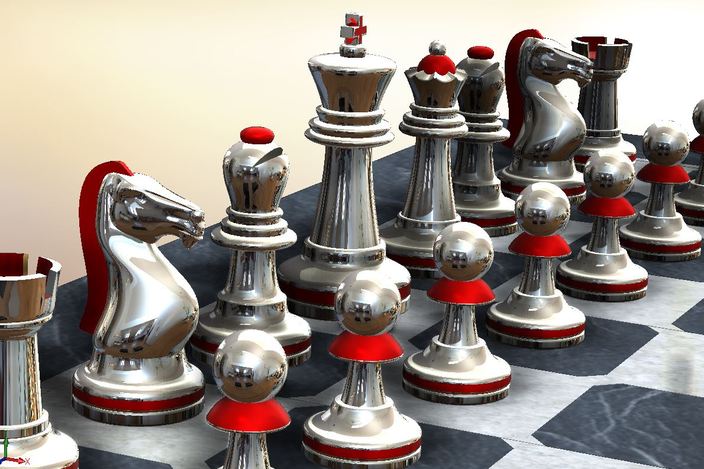 I think that one of the worries about the Synod on Francis' part must be that it those Cardinals and Bishops coming together are certainly looking at marriage and the family but also how whatever Francis' summary of it, in whatever form that takes will be received by bishops at home, and the Curia in Rome. These after all are the people who will or will not implement it. The other serious concern that Francis has is that any gathering of Cardinals, especially over an extended period becomes a Pre-Conclave meeting, in which not only Francis' running of the Church will be judged but also who his successor could be. That is the one who will ensure that his Magisterium is either exalted and continued, or quietly consigned to the compost heap of history,


After Benedict's resignation any Pope should be vary of who might work for his resignation, or to move him into a position where he is impotent and can be checkmated. In many ways the Pope ends up by being played, yes by those leprous courtiers, rather than being a player. Though the most important piece on the board, without others he is impotent he simply has very few spaces to go, unless of course he decides to not play by the rules.
at October 16, 2015

"How many thousand of my poorest subjects
Are at this hour asleep! O sleep, O gentle sleep,
Nature's soft nurse, how have I frighted thee,
That thou no more wilt weigh my eyelids down
And steep my senses in forgetfulness?
Why rather, sleep, liest thou in smoky cribs,
Upon uneasy pallets stretching thee
And hush'd with buzzing night-flies to thy slumber,
Than in the perfumed chambers of the great,
Under the canopies of costly state,
And lull'd with sound of sweetest melody?
O thou dull god, why liest thou with the vile
In loathsome beds, and leavest the kingly couch
A watch-case or a common 'larum-bell?
Wilt thou upon the high and giddy mast
Seal up the ship-boy's eyes, and rock his brains
In cradle of the rude imperious surge
And in the visitation of the winds,
Who take the ruffian billows by the top,
Curling their monstrous heads and hanging them
With deafening clamour in the slippery clouds,
That, with the hurly, death itself awakes?
Canst thou, O partial sleep, give thy repose
To the wet sea-boy in an hour so rude,
And in the calmest and most stillest night,
With all appliances and means to boot,
Deny it to a king? Then happy low, lie down!
Uneasy lies the head that wears a crown.
Uneasy lies the head that wears a crown." Henry IV

In America, you can put a teenager, a janitor, a salesperson, an illiterate, an inexperienced in the White House and you can still have a functioning United States. Proof? Obama's presidency.

Why bringing up American politics?

Because Pope Francis papacy is the same thing as the Obama presidency.

Both of them are not actually running the show.

You can call them any of this:

Friends, lobbyists, powerful people, pressure groups, etc. These are the people who are actually running this White House and this Vatican.

Therefore, you don't need someone with a degree, intelligent or knowledgeable to put him in these powerful positions. All you need is a figure, a mask, someone admired and endorsed by the media and the voters (the faithful) to represent these groups.

That person once in power owes to these groups his position and they always remind him that because of them he is in power and that they can make his life miserable if he doesn't put his signature on the documents or on the language they want.

In other words, what you see and hear from the Pope in public is not what you get. Because what goes behind the scenes is what really matters and it is what's going to be implemented.

When this synod is over, I think Pope Francis will seem a much older and wearier figure, with a lot less spring in his step.