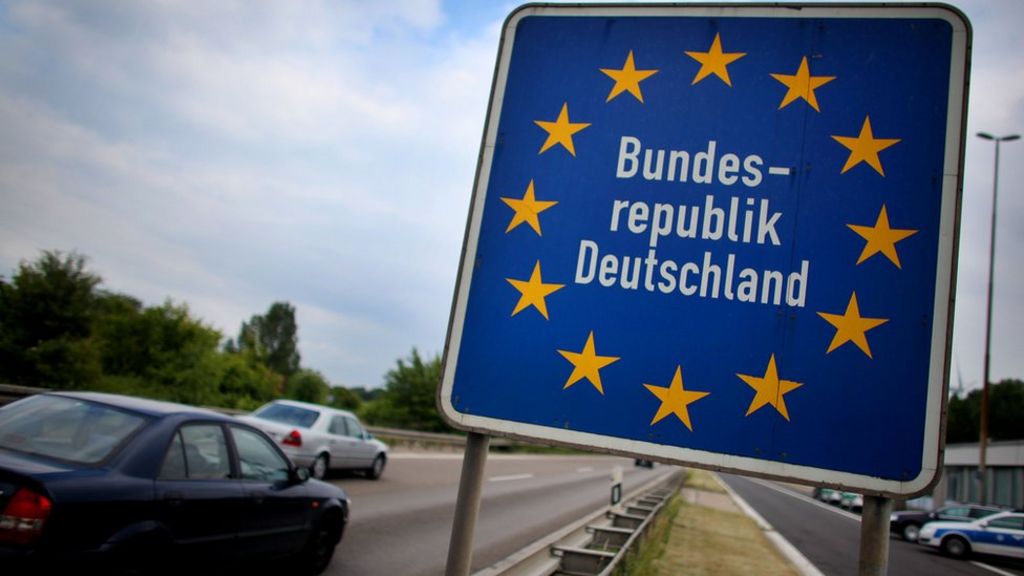 The post-war generation of intellectuals, especially in Germany and occupied Europe were traumatised by their experience, I suspect the German bishops still are, there is fear, 'we must not go back'.

The European Project and Vatican II, or at least Aggiornamento project are stablemates, many of the ideas behind the rebuilding of Europe after two disastrous World Wars, were behind the idea of rebuilding the Church, which had for many simply failed. The Imperial Age before World War I and the rise of nationalism under the guise of Fascism and Communism which had preceded World War II were obviously a calamity.

For Catholic thinkers especially, the post war period was a time for the re-examination of consciences, to what extent had Catholic culture contributed to war and the holocaust. One can see the scars of this in the thinking of JPII and Benedict XVI on the mission to the Jews.

There is a fascinating article on Spiked about multiculturalism and national identity, it is worthwhile reading it terms of theological borders, and Catholic identity. In the confusion of the Franciscan Papacy, heavily influenced by German theological thinking, dogma and theological certainties are akin to borders and definitions of identity, the big theological question at the moment is the same as in politics today, are these of the past or the future? The problems is that without defining itself (setting up borders) the Church has no identity or purpose.
at July 03, 2016

I am afraid I disagree with Spiked's argument. The problem is not immigration per se but excessive immigration. If you have immigration on such a scale that it dilutes the population of a country to such a degree that it loses its idea of itself - i.e. the culture that has been developed over centuries (in our case based on Christian values) then you have chaos. Free movement allows this to happen and our national identity disappears to be replaced by what? The Church which abolishes its doctrine ends up in Chaos. A Pope who says Jesus was a sinner and that it is okay to join Jesus in sin is not merely preaching heresy but is blasphemous into the bargain. And who contradicts him?

West Germany is an occupied country and has been since 1945. There are 50,000 allied troops still present, its media is tightly controlled by the CIA and the entire west of the country was subject to a program of denazification i.e. Americanisation to complement a constitution written for them by the occupying elites. West Germans never voted in a referendum to end the 3rd Reich.

The German dominance of the council is a myth. They were merely proxies and that a weirdo like Karl Rahner could end up on the front-end cover of TIME magazine speaks volumes.

The weirdest thing I have ever seen on German TV was a German brass band dressed in USAF uniforms playing Glenn Miller's "In the Mood" live on a Saturday night variety show.

I mean wake up and go figure!

Wonderful, thanks so much, Father. But what's all this about "British" identity, Empire, etc.? Was there, is there, no English identity? Was there no nation before there was an Empire? An American asks.

"Germany and occupied Europe", Father? I dare say that both Germany and Europe are occupied even now.

I look forward to reading the piece you have linked to your comments. Many thanks.

Reading your recent Brexit posts has been interesting and rewarding too.

Whatever the EU may have been originally (in fact a trading area was the official plan I have always understood) that’s been kaput for ages now.
Much has been made by the MSM of “Project Fear”. There’s nothing wrong with fear, it is a natural reaction to a certain type of situation, but is not the same as panic. It is right and proper, I say, to raise fear as a real issue – ask any single French person, living fearfully in a nation at war - but wrong to exploit a wholly natural reaction to facts.
The role of the Catholic Church and those who govern it has been unobtrusive for years, in not recognising or not admitting the way and where the EU/EC hegemonies have been driving for many years, indeed, they have openly admitted to it. They still insist political union of all “European” countries will be good for everyone, including the Turks – the only possible solution. To challenge this is portrayed as “Right Wing extremism” or, our old favourite “Racism” or other choice. Such challenges are lies.
My own vote was to ensure, as far as possible, The generations to come will be able to make up their own minds just what the UK does for and to its citizens and not be left hopelessly powerless to stop the (adjective) Brussels freemasons. True subsidiarity is the ideal, but a miracle is required for that in Europe. So – time for miracles ?
“Taking away autonomy from individuals seems to be one of our major social ills” – exactly Father Blake, along with the nanny state so loved by the current PM.
Your comment about Muslims seeming to vote Brexit is remarkable. I believe you, but the source would be most useful ammo when discussing the whole Brexit caboodle with others. Can you let us have it/them please ?
It was quite a surprise to learn that the late Jo Cox** was buddy-buddy with the adjectival Geldorf. Did she really “ yell insults at the jobless fishermen ?”
**May the Lord God grant her immortal soul eternal rest and succour her family and friends.
For me, Liberalism is a bigger curse than Communism, fascim and is by its nature, insidious, parasitical and very cowardly. Did I mention Honesty ?
As for the Johnson/Gove imbroglio, the unfathomable, for me, Socialist “(bloodless) civil war”
- the democratic choice will assuredly go forward. In fact, the next step is much harder than voting in the referendum.
“If it were done when 'tis done, then 'twere well- - It were done quickly” This is not to suggest a foul deed was done, although I will exclude one of the names above from this get-out card).
I believe one interesting PM candidate is Andrea Leadsom. I believe she has far better qualifications and experience than any other hi-vis candidate, plus, she is reported to be a practising Christian. I don’t know how many of that esoteric group exist in Parliament.
Speramus.

Worse than heavy immigration, is incompatible immigration. This ( as I have repeatedly said ) has been running at an ever increasing rate into UK over the last 5 years. Go into your high street or supermarket and look if in doubt. It will increase under Brexit.

But it is the present secret which dare not speak its name.

Germany, still obsessed with guilt over 1939 has lost all judgement, resulting in Merkel. Germans are now confused. The strong anti-Merkel movement is countered by another aspect of the German character. An increasing number of them like being once again the strong man of Europe. And we have, unlike Wellington, walked away!

I strongly suspect that before too long we will be crying out to Poland for help. For the 21st century equivalent of Sobieski's heavy Polish cavalry.

Father,
I voted "Leave" on the basis of the EU being a bloated political bureaucratic construct and control of our borders - I have always held the view that the Polish scapegoat policy was entirely fallacious.

I am now genuinely and seriously disconcerted by the apparent policy of Prime Minister heir apparent May and subordinate Brokenshire to use the repatriation of East European UK residents as a 'bargaining chip' in the Brexit negotiations. They have said it is to protect the security of UK subjects domiciled in the EU. If the EU were to adopt such a policy, that is on their head, the UK should not lower itself to that level. Jacob Rees-Mogg dealt with the issue using his well balanced erudition. No one, Farage included, has ever mooted such a diabolical move. This is also connected to cause confusion and distress relative to the Brexit. If Farage had promoted repatriation all hell would have broken-loose and racism alleged.

More on the parallels between the EU project and Vatican II:

mark wauck, until very recently the current fracturing of our nation into horribly competing regional states wasn't evident in the same way or to the same extent. It's a horrible thing, mirrored by the ascent of the horrible, unaesthetic sub-national flags that disfigure everything over here, such as the Scott's saltire and the St George's Cross. Englishness/ Scottishness/ etc are symptoms of an horribly crumbling social contract between the governing class, situated in that great incubus, London, and the disenfranchised regions. Authority has attempted to paper over this manifestly un-equal arrangement by elevating nationhood to a near religious status, in place of the actual faith which they have so focusedly attacked and destroyed, to divert attention away from reality.