Doctor Under Investigation for Persuading Parents against Abortion 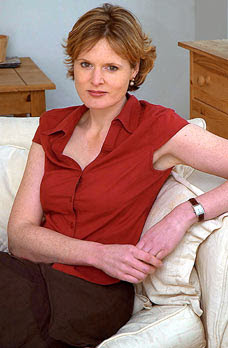 (LifeSiteNews.com) – A British physician may be forced out of a job for helping women decide against abortion. Dr. Tammie Downes is under investigation for professional misconduct after she said in an interview with the Daily Mail that she had been instrumental in helping many women patients decide to continue to carry their children to term.

In the Daily Mail interview, Dr. Downes said she asked women in crisis pregnancies, “What would have to change to make you see things differently? What would help you to see this baby as good news and not bad news?”

For defying the abortion-ideology that prevails in the British medical establishment, Dr. Downes is under investigation by the General Medical Council and may lose the right to practice medicine. The Guardian newspaper reported that the investigation was begun after a complaint by “a practising doctor involved in the pro-choice movement” accused Downes of breaching the GMC's Good Medical Practice Guidelines.

Downes responded that she had let her personal feelings about abortion influence her relationship with patients. She told The Observer, “I don't try to persuade anybody. I give them the facts and allow them space to think through the decision that they are making. It has to be the mother's choice. I have no right to make that choice for them.”

“But I do think it's my duty as a doctor to help a woman make that choice,” she added. She said that about one third of women change their minds about abortion after seeing her.

The Guardian reports that Liberal Democrat MP, Dr. Evan Harris, Parliament’s most vigorous abortion-crusader, denounced Dr. Downes to Health Minister Dawn Primarolo and asked for an investigation. Harris, nicknamed “Doctor Death” by some MP’s for his support for abortion and euthanasia, told the Daily Mail, “By her own admission this doctor tries to persuade patients to go in one direction only and boasts of her ‘success’ in a national newspaper.”

But Downes said, “It's very sad if people feel threatened and not allowed to have free speech. Patients will lose out if doctors feel unable to discuss the pros and cons of an abortion with them.”

GMC guidelines tell doctors: “You must not unfairly discriminate against them by allowing your personal views to affect adversely your relationship with them or the treatment you provide or arrange.” The guidelines allow doctors to refuse to “carry out a particular procedure” or advice that conflicts with their religious or moral beliefs and does not insist that the doctor refer a woman seeking such procedures to another doctor. It says only, “you must explain this to a patient and tell them that they have the right to see another doctor.”

Dr. Downes told the Daily Mail, “People talk about being pro-choice as being pro-abortion, but I like to think I am pro an informed choice, which many women don’t always make.”

Meanwhile, with the backing of a significant portion of Britain’s doctors who no longer want to commit or even refer for abortions, a bi-partisan group of MP’s is preparing to argue in the House of Commons for lowering the age limit for legal abortions from 24 weeks gestation to 20.

Recent surveys have shown that one in five British said they use their right to conscientious objection to refuse to commit abortions and refer for them.

Dr. Downes said in May, “I felt surprised because my general perception of the world is that people are losing their moral compass somewhat, that convenience is the watchword we live by these days.”

“But at the same time I think doctors are starting to confront the fact that there is a conflict in the work we do. There we are, desperately trying to save the life of a premature baby born at 21-weeks-old in one hospital theatre, and then down the corridor there are women coming in to abort babies at up to 24 weeks. How can anyone say this makes sense?”
at November 15, 2007

If pro-lifers are thought to be fascist, here we find a more powerful form of fascism in practice than anything previously dreamt of. While there is freedom of choice to have, or not to have, an abortion this excellent doctor is doing good work in broadening the options. The alternative works to make abortion compulsory and that degrades any concept of freedom and is illegal. I doubt if any responsible body will discipline her because she has done nothing wrong. In this case,fanaticism is more marked among her opponents than her. Thank God for her courage and integrity.

Dr Downes is to be commended.
She also should be supported in her human rights as giving advice in accordance with her conscience and in accordance with the rights of the child. She is fully entitled to give an "opinion", to say the very least, which is in accordance with both her democratic rights in any free society and also she has the right to defend the unborn. What law is there that says that the unborn have no rights to life? I would expect that any good lawyer would be able to defend her position on such a basis and at the same time, deliver a poke in the eye to those who think that only the secular atheistic community is able to have an opinion.

What a brave woman.

The enormity of abortion was brought to me only a few months ago when I read a list of 'abnormalities' which would 'qualify' legally for an abortion. My own mother was born with one of these and thus if the law had been as it is now, her own mother would have been able to have an abortion. She would not now have existed and consequently neither would I, nor my children nor grandchildren - a sobering thought!

Of course I have always 'been against abortion' as the expression is, but this personal revelation has added a new dimension and I thank God each day for the life I have been given - something I know I should do anyway but which in the past have not.

Incidentally, my mother is now 94
and although frail and deaf can still do the 'Daily Telegraph' crossword each day!

i read that..we need more doctors like her. Having said that we belong to a Christian practice & they won't refer for abortions...

The General Medical Council is subject to the supervisory jurisdiction of the court in judicial review. It seems that their guidelines might breach the Human Rights Act provisions concerning freedom of conscience, as well as putting doctors under pressure to form opinions on abortions otherwise than in good faith for the purpose of the Abortion Act 1967, and therefore in breach of the criminal law

They go on about "Global Warming" destroying the World but the likes of Evan Harris are more certain than ever of destroying civilisation.

How about this great old chestnut from the past - the Hippoctaric Oath:

I will neither give a deadly drug to anybody who asked for it, nor will I make a suggestion to this effect. Similarly I will not give to a woman an abortive remedy. In purity and holiness I will guard my life and my art.

I think Dr Evan Harris may have overstretch his limited abilities. The time has come for this self-righteous zealot to be reined in by the voting public.

Gem,
Thank you for your kind comments, I am afraid, as far as i know they went through with the aboprtion. Continue to pray for the poor girl, an abortion is so often the beginning of a lifetime of difficulty in relationships.

Yes, Father - I'm very sad to hear this. Her difficulties over this are only beginning. I will pray for both children and all concerned. The father too, who for all I know may well be a frightened teenager.

The GMC does not punish anti-choice doctors for their beliefs alone. I don't think doctors should push in either way. Attempting to 'change the minds' of young women to end a pregnancy when the doctor feels it wouldn't have a good life is just as bad as attempting to 'change the minds' of women who have made their own choice about their own bodies.

Letting a killing go ahead is NEVER equivalent to attempting to stop a killing .

If the mothers who chose (and that is choice isn't it) to keep their babies have no complaints-then what is the problem?