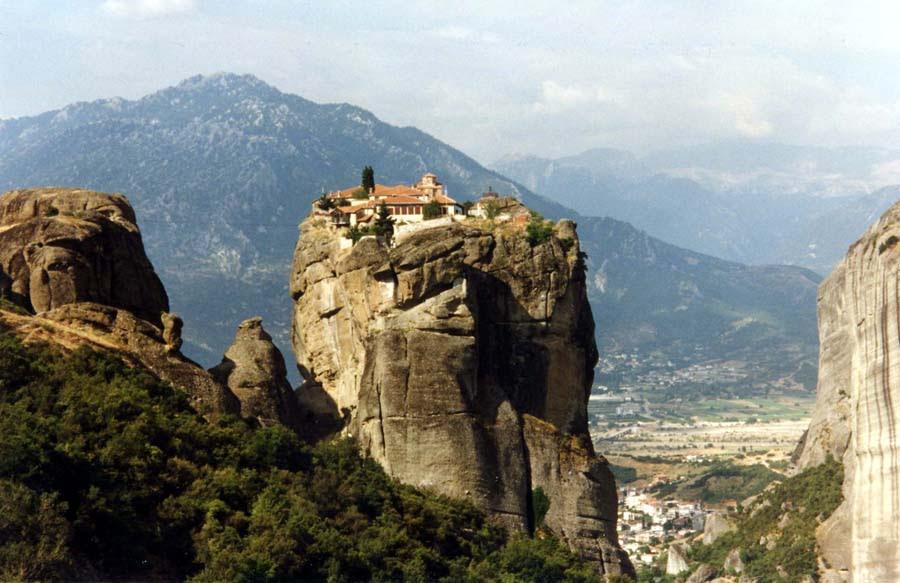 The European Court has ruled against Christians practising their faith in public by doing anything more than wearing pieces of decorative jewelry. When the Deputy Prime Minster's speech writers brand those who oppose David Cameron's social engineering policies as "bigots", meaning basically Christians, and increasingly politicians and the media present Christianity as something alien, even harmful to human dignity, to the point where not only are Christians becoming increasingly unappointable to national and EU governments, probably they are becoming unelectable too because of secular opposition. When it seems that many professions, especially those controlled by the state such as social work, education, areas of medicine and care, are becoming no-go zones for Christians. When the faith  that formed the culture and values of Europe and Britain is rejected, we must ask: what place will be left for us?

Today (OF) is the memoria of St Anthony of Egypt, his life covered the transition from the age of martyrs to the Council of Nicea and beyond. It was the age when vast numbers of young Christians seem to have left the cities, especially Alexandria, and fled to find God in the desert. It seems that the peace brought about by Constantine's conversion and the toleration that it brought about broke down the walls of the Christian ghetto but Christians  chose rather than living alongside the rest of the Empires citizenry they would live apart.

It seems that in many parts of Europe, there is often visceral hatred and intolerance of Christianity, Nick Clegg is the tip of an iceberg, behind him lies the bitter little asides on the BBC, the anti-Christian distemper of Guardian journalists, the contempt of Dawkins, the keeping at arms length of religion by the younger Royals, the continuous pushing of Christianity to edge of our society. The French are setting up the frighteningly entitled ‘the National Observatory of Secularism’, to keep "religious pathology" under surveillance, this is a mark of our brave new world but is doubtless the beginning of other similar committees throughout the West.

The hatred for Christianity will grow as our societies become increasingly divided and polarised, what will happen as unemployment and poverty rise? There is growing evidence of attacks on religious monuments and symbols, not just through the courts but acts of destruction and vandalism, presumably the next stage are attacks on people and Christians banding together for defence both intellectual and moral but also physical, after that presumably Christians living apart, like the monks of Egypt.

In today's Gospel, Jesus touches the leper, and then seems to take the lepers place having to dwell in places where no-one lived, is that our fate?

The main danger is always from within. Particularly in the last 45 years, Catholics have been encouraged by liberals and crypto-Modernists within the Church, to compromise and Secularise, and our Faith has waned. We, and other Christians, are no longer the spiritual force, and therefore the political force, we were.

The atheistic secularist movement has not so much won the argument, as simply filled the vacuum, in Europe as well as here.

Hopefully, Catholic and other Christian groups in the USA will put up a better fight.

Perhaps the remaining non-Secularised Protestant Christians will now see how things were in the past for us, and maybe this will be a source of strength and cooperation for the future.

In my experience of dealing with Muslims I have been told that they like Catholics as they see them as more trustworthy & honest,the Irish Passport is respected everywhere and is like a shield against evil.

Secularists and Atheists are "Infidel" and are insulting to God

Is that our fate - or is that just what Our Lord warned us about?:

20 Remember my word that I said to you: The servant is not greater than his lord. If they have persecuted me, they will also persecute you: if they have kept my word, they will keep yours also.

21 But all these things they will do to you for my name's sake: because they know not him that sent me.

22 If I had not come, and spoken to them, they would not have sin: but now they have no excuse for their sin.

23 He that hateth me, hateth my Father also."

After the brief interlude of Vatican II era flirtation with the world, reality rears its ugly head to spoil the love-in. Isn't the contempt and hatred we are witnessing just the normal state of affairs between the Church and the world ( not to mention the flesh and the devil.)?

If the world loves us, then we are probably rather luke-warm disciples.

"The main danger is always from within". Isn't it the adversary who first approaches from the outside? The Church opened the window to invite some sort of freshness that it felt the air of the Holy Spirit was 'lacking'?!. The rise of 'anything but Catholicism is grand', has been gaining steam ever since Catholics decided that 'ways', and 'truths' other than Catholicism were/are grand indeed. Your godlessness is just as worthy as my godlessness or godliness, your prayer to your god is just in the likeness or imageness of mine - blasphemies once upon a time, but not anymore - we've moved beyond that specificity and specialness that secularism praises, so long as it's a specialness that denies singular True specialness (Christ - the Truth) which is why those not fussed on Christ the Son of God the actual Way and Truth and Life present to seekers in a Holy Unbloody Sacfrifice can get instant membership to the everything is special so nothing is special Club. We've lost the concept that even if only one human being were to be saved, the whole of salvation history would have happened.

"In front of St Francis' Basilica where, perished by the cold, each one seemed to draw closer in that elbow-to-elbow finale (John Paul II was beside the Dalai Lama), when some young Jews leaped up on to the platform to offer olive branches to us, and to Muslims first of all, I found myself wiping the tears from my own face..."Spirit of Assisi" (where the 'offending' Crucifix was banished), come upon us all! Card. Roger Etchegaray

"In his extreme old age St Antony made another trip to Alexandria, expressly to refute the Arians, and went about preaching that Christ the Son was not a creature, but of the same eternal substance as the Father; and that the impious Arians, who called Him a creature, did not differ from the heathen, "who worshipped and served the creature rather than the Creator...When this great saint died he bequeathed his worldly possessions to Athanasius, that is to say, his cloak of palm leaves."

"Heretics have assembled together with the Emperor Constantius, in order that he, alleging the authority of the Bishops, may exercise his power against whomsoever he pleases, and while he persecutes may avoid the name of persecutor; and that they, supported by the Emperor’s government, may conspire the ruin of whomsoever they will; and these are all such as are not as impious as themselves. One might look upon their proceedings as a comedy which they are performing on the stage, in which the pretended bishops are actors, and Constantius the performer of their behests, who makes promises to them, as Herod did to the daughter of Herodias, and they dancing before him, accomplish, through false accusations, the banishment and death of the true believers in the Lord."

Jacobi touched on a nerve when he stated
"The main danger is always from within. Particularly in the last 45 years, Catholics have been encouraged by liberals and crypto-Modernists within the Church, to compromise and Secularise".

The Dean agreed to hold a White Flower collection at last weekend's Mass's( but not the "talk") So I asked if he could make sure something endorsing the pro-life message could be said beforehand at the three Masses held over the weekend. The Saturday Vigil Mass, which had a good number of youth and young adults, was offered by the ex Anglican, ex Chaplain to local sixth form, priest Fr P XXXXXX and his homily basically challenged the Churches teachings and Bishops stance on SS marriage. He used clever,subtle and power words throughout. Darwin was in, Adam and Eve out, our understanding on girl meets boy now not so straightforward. Two interesting items in recent week, Anglicans ordaining two celibate GAYs as Bishops while Westminster closes down Soho Masses.How awful of the Catholic Church to call homosexuality "disordered" The Lord, (apparently, according to this priest) delights in love whatever the nature.

I call this a dishonest position, it lacks integrity to remain in an institution famed for taking strong stances and speaking to young and the easily influenced against such important matters.
If I had not been doing SPUC work I would not have realized such treachery withing the parish my young adult children attend. I mentioned it to the parish priest( the Dean) who asked me to pray for the said priest and that I was not to worry as he was nearing retirement!!! The retired priests go on saying Mass and preaching until they drop in this Deanery God Bless them so I continue to worried and stay mad about it.

'...the bitter little asides on the BBC'

I think they have long past 'little bitter asides'. They are full blown anti-Catholic. This journalist presents a devastating critique of just how pernicious the Beeb have become in regards to the faith..

Change the names and you have Spain.