The Big Pulpit has an interesting collection of stories on SSM.
Now, I think we ought to look to the future, Maggy Thatcher was not for turning but Cameron's government is about U-turns, this morning the English Baccalaureate was dropped, House of Lords reform has been dropped, I am not suggesting SSM will be dropped but much of the subsidiary legislation might well prove just too complicated.
It seems that behind the legislation is really an attempt to be so equal that the intention is to abolish gender, which the Pope spoke about on 21 December 2012, we can expect a whole raft of legislation to do just that.

In Brighton there was a rather crude attempt to render us all gender neutral late last year. Although gender seems to be an affront in ou brave new world, sexual orientation is not, I am told that job applicants and even "service users" are generally asked if they heterosexual, homosexual, transgender, bi-sexual, etc., etc. There seems something quite odd in all this.

In Spain the terms "Father" and "Mother" are being replaced by "Parent 1" and "Parent 2". Hollande, in France, is sneaking in an extension of laws regarding surrogacy and IVF, on the basis that equal marriage, if it is going to be truly equal is going to demand equal rights to children, that is of course going to demand a third party, either a woman willing to rent her womb or a man to donate his sperm. It seems likely subsidiary legislation will focus on transgenderism and bi-sexuality.

One big issue will be the future of the Cof E. One interesting are question which we as Brits will have to address, because we are Brits, is Royal succession. I am sure the Queen is worrying about what will happen about surrogacy and the Royal Family, what title should be given to the overtly lesbian lover of a future Queen. 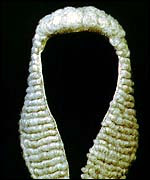 A little later, not immediately, I think pressure will be brought to ensure Churches "get with programme". It will probably happen not through Parliament but through the Courts. Can an organisation that promotes a "phobic" message really continue to be allowed have control of such a large portion of the education sector? Will we not have to have a representative transgender person on our governing boards? Will we be allowed to continue to be allowed charitable status. Are we going to be allowed to forbid the use of church premises to organisations which promote legal lifestyles which are repugnant to us. Will such reactionary groups be allowed control of some of the more important cultural and historic buildings? Will any organisations that are not with the programme receive government funding in its care for youth, the old, immigrants, the homeless, exiles, the sick?
at February 07, 2013

'chinese'?!? that aside - what's really up? there simply aren't enough lgbtees on the planet past present and future to arm wrestle with the norm to make all this happen. problem-reaction-solution...politico ABC, but who's gonna 'win' out of all this rupture? the last great I'm OK you're OK gay society was pre WWII Germany with its mileu of post-nietzschean 'individuated' superhumans, communists, the clueless and wacko neo-pagan-tyrants, who, in the words of the all too often quoted by catholics jung said of hitler: he must be able to be alone and must have the courage to go his own way. But if he doesn't know himself, how is he to lead others? That is why the true leader is always one who has the courage to be himself, and can look not only others in the eye but above all himself...

a neat trick to look oneself in the eye without a vainglory mirror.

and after all this new-age charity, then what happened?

Since when has Chinese been a sexual orientation??!
I would fill in 'Other,' as MYOB.

In questionnaires that include 'Prefer not to say', I always leave all the boxes blank, and, if asked, say: 'Prefer not to be asked impertinent questions'.

tough times ahead in the UK ... unless, of course Cameron's vanity project goes down in flames around his ears, which given the way his own MPs voted isn't outside the realm of possibility.

If this type of questionnaire is legal then it can't be long before we all have to wear a label,we are leading up to something that was dreamt up by the Nazi's.

For other, please describe. I would put 'eunuch'.

How about this? Two people contract a same sex marriage, both having been previously married with children. Both partners had made wills in favour of their children. I understand that marriage invalidates a will. One of the partner dies and the property passes to the other, no further wills having been made. Will the children contest? Does this provide potentially rich pickings for lawyers?

The fact that Portugal, Spain, Ireland and now GB have these indicates a huge power behind all of this, called money.

We have fragmented society by the insistence on all these identities. Sad. We used to be Americans or British. Gender confusion is merely a smoke screen of the devil, and he is the author of division.

I doubt that Her Madge is overly worried about the surrogacy problem if she didn't lose any sleep over the abortion and embryology legislation. What is the husband of a King to be called? A Queen of course . . . Oh Oh how obvious. More seriously: what this indicates is the gradual dissolution of the Anglican 'settlement' and the English constitution which is a pompous name for why and how we all sort of stick together and look out for each other and include in this people we really don't like. It should not mean making us all alike. Dave is the most Leninist of politicians. Is he doing this consciously? Or is he like Algy (have I got the name right?)in the Hillaire Belloc poem who was told not to, but did, and was eaten?

Oh gosh. SSM really is just the tip of a titanic sized iceberg isn't it? I agree with Father that subsequent developments can only lead the churches into the courts; a sad, pitiful state of affairs in these "progressive" times. And indeed a situation where the evident winners are fat-cat lawyers who uphold The Law but have no inkling of what is just.

Only lawyers will gain by this lunatic devaluation of Marriage,young people will feel it unnecessary to get married,inheritancy will be a nightmare to be sorted out in court