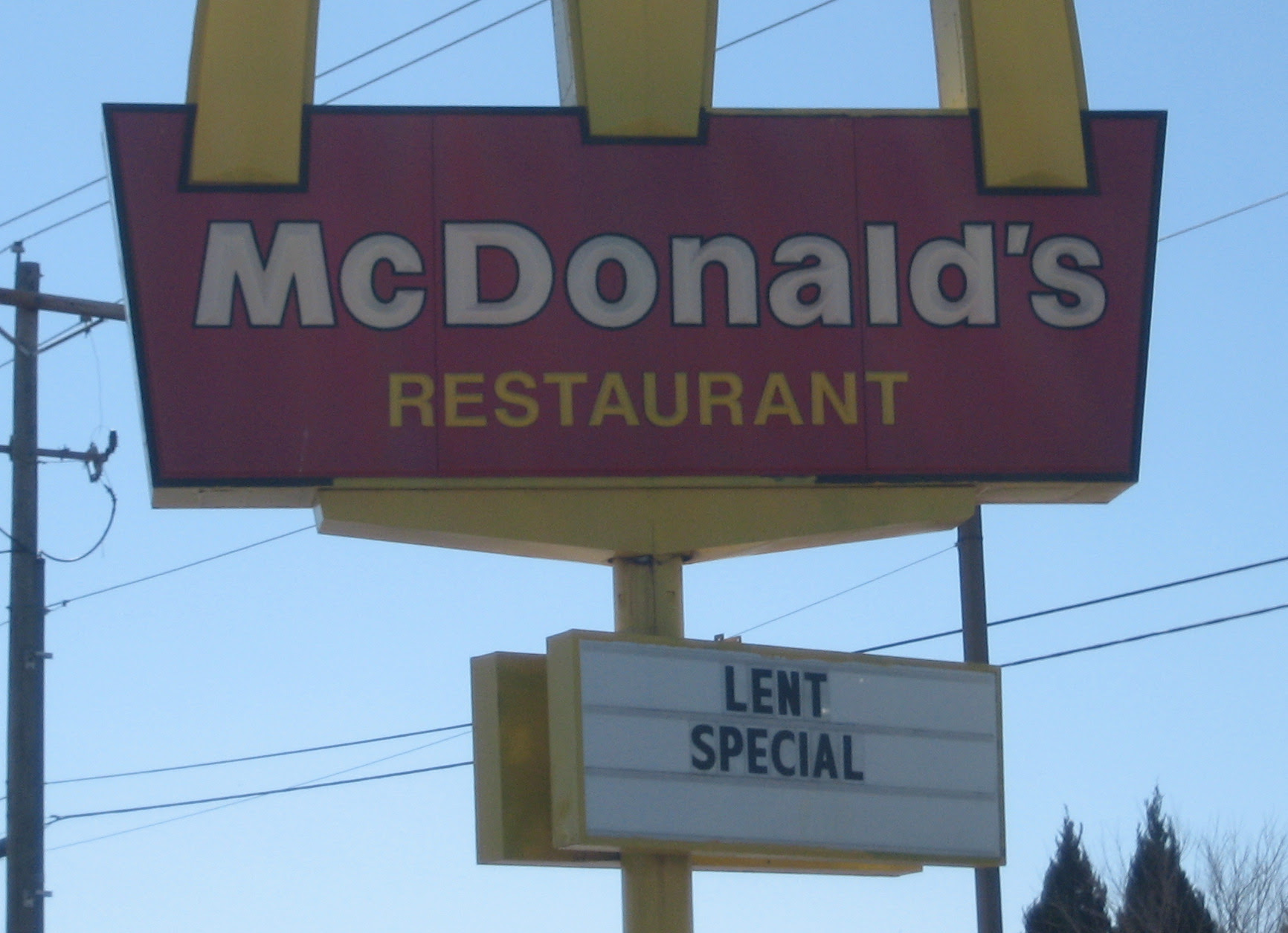 Those of you 'traddies' following a traddie Lent have probably already got boils, mouth ulcers, headaches, possibly migraine, at the very least have a constant sense of giddiness are maybe having difficulty focussing whilst saying the office or Mass, and all the time there is that constant sense of hunger, you are tired all the time and your limbs are heavy and you tend to pick up any illness that is going the rounds. You become tetchy and irritable.

Fr Z had a fascinating post presenting the regulations for Lent from an American diocese of 1873, it is severe but several things are mitigations (was quite normal in the pre-Concilliar Church), dairy products are allowed and meat is permitted not just on Sundays but Mondays, Tuesdays and Thursdays.

In some places Lent was even more severe, without the mitigations. The severity ended generally in the Church with the Second World War, when no food was available for feasts, fasting made little sense. I remember an Italian women telling me of children going on a wartime hunt for cats for the Easter breakfast but all the cats in the village had already been eaten! Severe fasting made soldiers useless for fighting and labourers useless for heavy labour.

Patristic and medieval writers speak of 'subduing the flesh' with fasting, suggesting that fasting was severe enough that that it lowered the libido. Therefore Dante places certain sexual sinners in the same circle of hell as gluttons.

Coptic friends boast of their 210 fast days a year and I am told that McDonalds in Athens faced financial disaster in Lent until they came up with the McLent Bean Burger.

Fasting and corporal penance were very much part of 'the Tradition', it was seen as offering great spiritual advantages not only for the individual Christian but for the Church as a whole. Fasting lays bare the bones and sinews of the soul.
at March 15, 2014

I wouldn't say that it was a true Fast though as their food intake does make them gain a bit of weight,they are happy to be doing something together so it is a way of combining the faithful

Those were the days!

According to the more pharaseeic amongst us, the crappy clergy we got in the 60's were the result of the Catholic section of the British public over indulging a little in the 50's after the forced austerity of the war and immediate post war years.

I am very poor at fasting. It's an ongoing battle. I'm often guilty of gluttony.


Do that which pleases God.

Sacrifice those things that are needed not that which is extra.

Do not let your passions overcome you.

Go to the Holy Sacrifice of the Mass and see a man killed; only the Mass set at Trent fulfills this.

Pray for those most in need of God's mercy.

Give your heart to our Divine Master.

Bring others to the cross.

You will have a successful Lent.

I miss the US McD's - $1.50 Fish Sandwich promos during Lent. McD's is ridiculously overpriced on virtually every Item all the time in the UK

In the sixties my parents used to take us to holiday at Aylesford Priory in Kent, where delicious meals where prepared by the semi-enclosed Spanish sisters who lived in the Gatehouse and looked after the catering, cleaning and laundry. Wednesdays, Fridays and Saturdays were non-meat days throughout the year at Aylesford in those days. Tea was served at 4pm, with bread and butter (no jam) laid out on trays to fill the gap between lunch and supper; slices of cake appeared on Sundays. In those days, when the Shrine to Our Lady`s Assumption was being built,the Friars ran their own farm, with cows, pigs and poultry, their own bakery, producing wholemeal loaves for the Community and guests, their own kitchen garden and their own bee hives, as well as a pottery and a carpentry shop where furniture was made for the chapels and the guesthouse. Those were the happiest of days - rising early to go to Mass and breakfast before dashing to the farm to
help with milking, to feed a calf, to collect eggs for the kitchen. Helping Brother Tom to bring the left overs from kitchen to pig styes. Outings in the afternoon to local places of interest, then 4 o`clock tea (and bread and butter!) followed by evening milking, supper, Compline and bed. The Pilgrim`s Hall ( guests` refectory) was always full, and lunch was eaten in silence, the chink of cutlery competing with the pa system through which a member of the 3rd Order read aloud from a spiritual book. God be with days!