Though shocked by the hammer and sickle crucifix received by the Pope in Bolivia, I was a delighted by the altarpiece in Paraguay made out of corn, pumpkins and gourds. I haven't seen any comment on it, but such an interesting contrast.

And all edible, or at least recyclable.
One of my parishioners has allotment, I suggested he too could grow a baroque high altar. 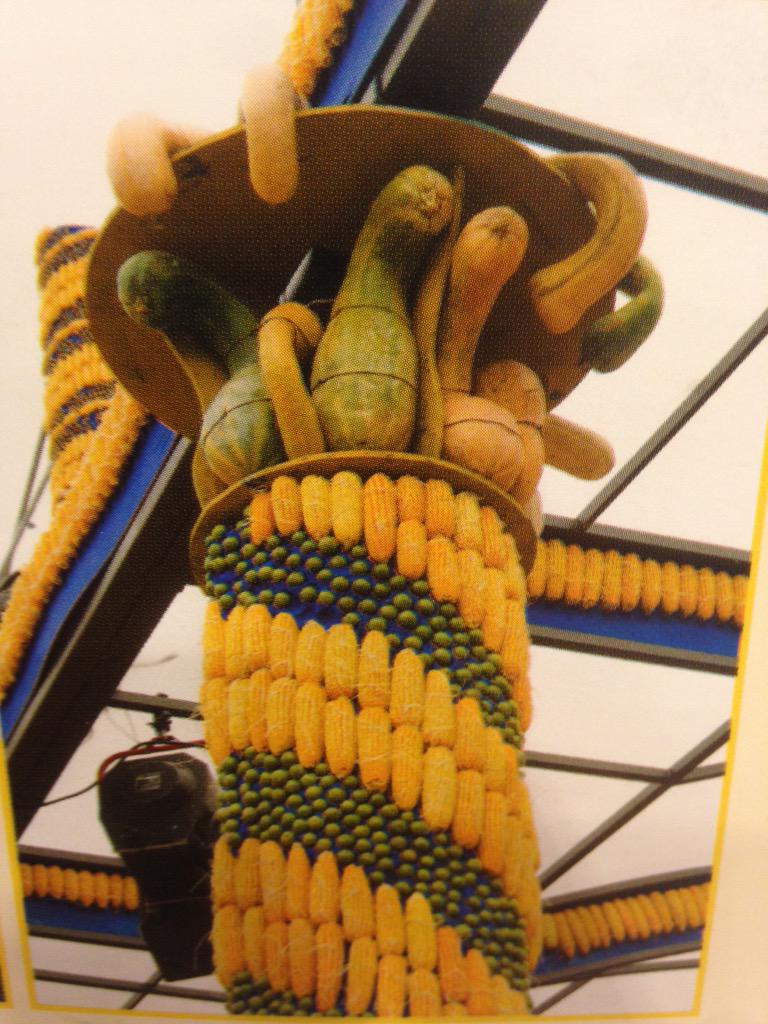 Visiting the Reducciones is hard work but well worth it. They are like a Fountains or a Tintern in the Tropics. The Baroque music associated with them is also wonderful. The group Florilegium in this country have recorded some.

I agree, Father. To my mind that altarpiece is lovely. However, I shouldn't want to have too many candle flames burning too close to those ears of dried corn....are those ears buttered by any chance?

Thank you for that lovely musical and visual interlude, Father. I know nothing of the Jesuit Reducciones. It seems I have a lot to learn. I think Paraguay may be closer to me here in the northwestern US but it is worlds away!

I guess that's one way of getting in the 'fresh' for festival.