Toowoomba: a failure of the Episcopal Conference 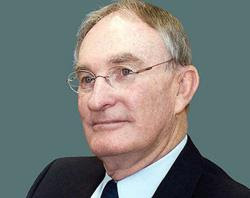 I am rather uneasy about the dismissal of the Bishop of Toowoomba. As more information emerges it seems quite right that he should have been removed. Six times the Holy See asked for his resignation, five times he refused, ultimately the Pope himself had to intervene, it is the Pope's involvement I am uneasy about.

The Church is not a democracy but neither is it a multinational corporation with Pope as President, bishops are not his executives and certainly not his employees. Yes, the Pope has Universal and Ordinary Jurisdiction but its use in the dismissal of a bishop should be rare, in fact it should only happen when all else has failed. It seems in Australia the proper structures have indeed failed yet again, as it did in Brisbane where for decades Fr Peter Kennedy celebrated thousands of invalid baptisms, at least latterly with the full knowledge of the Archbishop. It took the Holy See intervention to stop it.

The first level of correction for an errant bishop should be his own presbyterate, expressing their concern and the concern of their people, first of all privately and informally, then more formally within the Council of Priests and maybe even publicly. This obviously did not happen in Toowoomba, one presumes that the majority of the Church in that diocese was compliant with Bishop Morris's views and teaching or at least intimidated by him.

The next level should be, at least from an historical perspective, some form of fraternal correction from the archbishop and other bishops of the Province. This seems to have disappeared from Catholic organisation to be replaced by the more cumbersome structure of the National Epicopal Conference. Again, in Australia this did not happen, either Bishop Morris ignored his brother bishops or they simply did not bother.

In the first millenium a bishop teaching or acting out of communion with his brother bishops would first of all be admonished by his brother bishops, if that didn't bring him to return to the Catholic Faith, he and his diocese would ultimately be excommunicated. It was only then that the Bishop of Rome might become involved.

The sad episode of the former Bishop of Toowoomba demonstrates a weakness in today's Church. In the writings of Joseph Ratzinger there is an appreciation of the importance of the local Church what Lumen Gentium calls "subsidiarity". That rests on the presumption is that the Church is essentially Catholic; that people, priests and bishops regard the Apostolic Tradition, the Catholic Faith as being important, it is only when this has broken down that the Bishop of Rome needs to intervene. The problem rests firmly and squarely on the failure of the Episcopal Conference to intervene at an earlier stage, maybe it rests on the fact that the Episcopal Conference fails to see its first function is to maintain communion with Christ and the faith of the Apostles.
at May 21, 2011

I have always been uneasy with the concept of "collegiality". Yes it is a beautiful theological concept, grounded in the collegiality of the initial twelve apostles, but like so many theories which work perfectly in theory (communism, anyone?) it comes seriously unstuck in real world practice - for we are, after all fallen creatures, prideful, arrogant, disobedient sinners, bishops no less than the rest of us, perhaps even more so, given the temptations which uniquely arise for them.

National conferences, which seek to embody this "collegiality" have become bureaucratic structures over-influenced by their "civil service", which time and again stifle individual ministry but are incapable of reining in errant knaves.

Bring back Primates, in function as well as in honour, and give them teeth.

In what way do the writings of Joseph Ratzinger contradict his action as Pope?
Please explain because the idea of President Ratzinger is not attractive

I find this alarming.

Anne
I don't there is contradiction, merely it is the least best position for the Pope to have to act because no-one else has.

Anne, I don't think Fr Blake is saying that there is any contradiction between the ideas of Ratzinger as theologian and pope. The refreshing thing about the Holy Father is that he proposes the Catholic ideal but is not afraid to resort to intervention when all else has failed.

But as a priest yourself, can you offer any thoughts as to how difficult it is for the priests of a diocese to correct their own bishop?

Although it is the ideal, is it ever likely to happen?

Sadly, I reckon the Bishop got what he deserved.

The Holy Father only intervened when it became apparent that no other sanction was going to work.

Prayers for the ex-Bishop are needed, I think.

I bewail the damage done to the Faith of many within the diocese of Toowoomba. The removal of its bishop still leaves him a cleric able to say Mass and administer the sacraments. He has publicly shown his disbelief in quite a number of essential teachings of the Faith. What does his proposal to accept Lutherans or Anglicans or Uniting Church ministers as substitutes for conducting services where priests are not available, say about his belief(?) in the Real Presence? Is this to continue? What bits of Catholic teaching does he actually believe in? What does leaving him as a cleric say to the Catholic in the pew?
An article in this week's Record (Western Australia's Catholic newspaper) quotes figures for what some priests in Australia actually believe in the matter of Church teaching. I quote from that article:-
1)Only 84% actually believe in the Virgin Birth.
2)40% actually think that it is unnecessary to believe in the physical resurrection of Jesus.
3) Only 19% believe that artificial contraception is sinful.
4) They are evenly split as to whether practicing homosexuals should receive Holy Communion.
I wonder where the priests of the Toowoomba diocese stand on these issues!

If anyone wants to read the article in The Record which I referred to then click on to http://www.therecord.com.au

Well...it seems to me that Blessed John Paul II will be remembered for waiting entirely too long for bishops to do the right things. And Benedetto the Wise will be accused of rushing to judgment...

No wonder Jesus wept...oh no, that was a different story.

But it would be refreshing, before I die, to see our all powerful bishops simply do the right thing at the right time...once.

Nice in principle, but in practice....

It is clear that many priests did object early on, but were pretty much stomped on (hence the first wave of complaints to Rome in the earliest days of the bishop's reign that never went anywhere under the previous Pope).

As to his fellow bishops, most of them would have agreed with his position - that's why the Vatican intervened in Australia in 1999 with its 'statement of conclusions' on the dire state of the Australian Church, http://www.catholicculture.org/culture/library/view.cfm?recnum=1046.

The others generally moderated the most egregious excesses (not least after one previous quasi-dismissal when Archbishop Faulkner of Adelaide had a co-adjutor appointed and was retired two days after reaching the age limit for allowing General Absolutions), but there have been a number of continuing interventions by the Vatican, for example to stop illicit 'ecumenical' confirmation services and other abuses.

Queensland, of which toowoomba (pronounced Two-woom-ba)is one of the largest provincial cities,is the most conservative state in Australia. Strict Lutherans and staunch members of the Churches of Christ live in the agricultural districts around TooWoomba. However with the movement of people from New South Wales and Victoria in increasing numbers(Queenslanders call them "mexicans" because they're south of the border)there has is coming about a gradual change in urban life ,that rural areas are yet to see. hence Fr peter kennedy's form of syncretism and Bishop Morris's own theologicaal take on things.

The latest word from Toowoomba is that Morris may have winked at cases of "Eucharistic sharing" - i.e. Catholics attending Anglican or other Protestant services and receiving their communion, and vice versa.

It must be said, though, that Rome has come down like a ton of bricks on any pretended Eucharistic concelebrations between Catholics and Protestants, so I would have assumed that, had evidence for this "open communion" been available, Morris would have been out on his ---- much earlier.

I do recall a Catholic funeral Mass in country Victoria, with the local Catholic bishop present, at which the local Protestant clergy - also present - received communion! I know it's hard to believe, but it's true.

Yes, the Pope has Universal and Ordinary Jurisdiction but its use in the dismissal of a bishop should be rare, in fact it should only happen when all else has failed.

Sounds like that's just what happened in this case.

If the Holy See asked for this bishop's resignation five times, and five times he refused, did he not thereby enter into schism?

As an ecclesiologist, I find your essay describes good ecclesial practice almost perfectly--local admonition first, then provincial involvement and only finally Roman intervention. But the plea for greater involvement of episcopal conferences runs counter to their nature in the West: too many confuse them with synods, which they are most certainly not. Synods, as I have shown elsewhere in great detail (*Orthodoxy and the Roman Papacy* Un. Notre Dame Press, 2011) have actual legislative authority to correct or depose bishops: no such authority exists in any Western episcopal conference. So the pope had no choice but to intervene, which is fine: it is, after all, his job to maintain unity in the truth. For those Orthodox who might grouse about this, there are ample precedents of patriarchs having the power to sack bishops, as I note in my book.

When the scandals started emerging, the BBC's Panorama show exposed the situation in Cardiff, Wales. It was instructive. A letter of concern (not complaint) was sent from one ordinary in Plymouth to the then Archbishop expressing concerns about an abuser at the VEC who transferred from diocese to the other. The letter never made it to its intended destination.

The only crime unacceptable to the Morris generation was to be a Catholic. Then the complaints get made and acted upon with no little aggression. Abusers are acceptable but not Catholics.

What this Australian business doesn't tell us is how Morris committed himself to the destruction of the Catholic Church within his diocese. In this project he would have been assisted by willing clerics and laity. This destruction would have been aggressively pursued. In their World view, an abuser is less of a problem than a Catholic faithful to the magisterium.