On Beards and Equalities 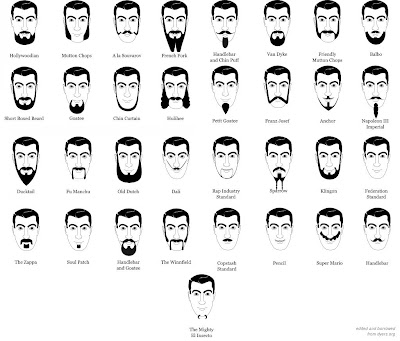 Good for Bishop Philip Egan.
The Equalities and Human Rights Commission have issued a document: Religion or belief and the workplace and Bishop Egan takes his scalpel an in less than a page cuts it ribbons

From Rt. Rev. Philip A. Egan, Bishop of Portsmouth

I write to you with the best wishes of the clergy and people of the Catholic
Diocese of Portsmouth, and the promise of our prayers, as you chair the
Equality and Human Rights Commission. The EHRC has a very difficult task with
its statutory remit to promote a ‘modern Britain where everyone is treated with
dignity and respect’. This task is certainly one that Catholics support. However, I
also want to express to you some concerns I have as a bishop and pastor about
the recent document issued by the Commission, Religion or Belief in the
Workplace. Unfortunately, I believe some aspects of this document are
problematic not only for us Catholics, but for all Christians in our country and
indeed, for the Christian patrimony of our British culture.

First, it seems to me that the document has a philosophical flaw in that it fails to
differentiate adequately or robustly between what constitutes a religion and
what constitutes a life-style or moral conviction. The result of this is that, for
instance, vegetarianism, environmentalism and even having a beard (p. 3),
becomes equated with the ‘great’ religions of Judaism, Hinduism, Islam,
Christianity and so on. Although unintended, this is surely offensive?

Secondly, the document is based on the thesis that every religion or belief must
be treated as absolutely equal and identical, rather than respected as essentially
different and complimentary. In other words, a totalitarian or absolutist concept
of ‘equality’ is at work. A consequence of this is that minority religions such as
Druidism will be treated disproportionately and this will tend to obscure or
dilute the religion of the majority, Christianity, in any policy-making. In the long
run, this will subvert the core and essence of our national culture.

Thirdly, as the Queen traditionally acknowledges in her Message each
Christmas, Britain is a Christian country. This is not only because of the number
of those who practice of profess in some manner the Christian faith, but moreimportantly because of the self-evident Christian patrimony of our laws,
institutions, social mores and traditions. Indeed, even the secular values
espoused by the EHRC itself (e.g. tolerance, respect, dignity, freedom of belief)
are arguably derived from underlying Christian values. They have vibrancy, not
simply because of the law, but because of the implicit adherence of the
populace to its Christian heritage and ethos.

Finally, Catholics fear the ‘dictatorship of relativism’ that arises when
governments and legislators impose ethical guidelines and patterns of
behaviour upon their citizens that are not demonstrably derived from the
natural law and right reason. Without its basis in right reason and the natural
law – which Catholics believe was confirmed in the divine revelation of Jesus
Christ – British law and social policy will be dominated increasingly by pressure
groups. This will lead to social disintegration. Instead, we believe that
governments and policy makers ought to foster the traditional religious identity
of our culture, that is, our Christian patrimony. This will truly assist greater social
cohesion, and the very respect and equality that the EHRC espouses.

I recognise the complexity of all these issues but I raise them out of duty and
concern. Please be assured of my prayers for all the members of the EHRC and
for God’s blessing on your important work. Indeed, I pray, through the
intercession of St George, for the peoples of our land that the Holy Spirit will
bring about a greater social cohesion, with real respect and love for one’s
neighbour.

With my best wishes to you and your Commission members,
+Philip
Bishop of Portsmouth
cc Priests and People of Diocese of Portsmouth

Shameless beardism on the part of Bp. Egan!

Seriously, good for him. I wish we had more like him.

Brilliant! I truly pray that Bishop Egan is made Cardinal (also + Davies). Perhaps this letter could be brought to the attention of the Apostolic Nuncio? We *so* need to have the really good shepherds given as much authority as is possible to have within the Church.

At least we have one Catholic bishop in England and Wales who dares to stand up for Christianity. It would be good to see a few more joining him.

What a splendid common sense letter from Bishop Egan! We must have more of this clarity of thought and openness in dealing with society, and as he has rightly said, the” Dictatorship of Relevance”.

But,I have no doubt that statements coming from our national conference(s) of bishops, will continue to be the usual Bland, Politically Correct, apologetic nonsense.

The concept of national conferences is another matter Pope Francis must look at.

What a treasure that man is!

Excellent. Simple, skilful and prudent. This fine bishop deserves the gratitude, not only of Catholics, but of most of the British population as well.

Can we swap ? We'll have ++ Egan and you can have ArchBishop Hart here in Melbourne. The latter might learn a thing or two from English Catholicism

Truly a fine letter!!!
It is a gem and puts everything in place with such neat delicacy and precision.
I'm a little puzzled by Gervase's comment. Archbishop Hart may not have such a delicate touch but he's not that bad surely. He certainly is a Catholic Archbishop.

I feel like he should practice what he preeches: asking for "greater social cohesion, with real respect and love for one’s neighbour" at the same time as asking for cristianity to be considered more important then other beliefs (vegetarianism, environmentalism, all entirely relevant and passionate belief systems) = hypocrisy.