One head ache for any bishop but especially the Supreme Pontiff is calculating to what degree Catholics should oppose the state, how many martyrs should his policies produce. It was a problem for both Pius XI and Pius XII in their relationship with Nazi Germany. Pius XI issued Mit brennender Sorge, The actual writing of the text is credited to Munich Cardinal Michael von Faulhaber and to the Cardinal Secretary of State, Eugenio Pacelli, who later became Pope Pius XII. Its secret printing in Germany, and reading from every pulpit in Germany led to the murder and imprisonment of many. When Pacelli became Pius XII in 1939, on the very eve of WWII he was faced with the dilemma of whether to continue the previous Pope's public opposition to the Nazi regime and risk virulent persecution of the Church in those countries occupied by the Nazis but also bring an end to any dialogue or influence for good, or humanitarian aid that the Church might offer. I am sure the memory of those who died after the publication Mit brennender Sorge must have haunted him, many were friends.

By the time of Vatican II the Church as very much on the back foot in countries under Communism, thousands of priests and ordinary Catholics had been killed or imprisoned or deported for the faith, in many places it appeared to have been wiped out, vast areas of the East were without a priest to offer the sacraments. Both John XXIII and Paul VI decided the Council would not criticise Communism but instead enter into 'dialogue' wherever possible, this was the period of realpolitik of the then Secretary of State Cardinal Casaroli.

Realpolitik can be described as  politics or diplomacy based primarily on power and on practical and material factors and considerations, rather than ideological notions or moral or ethical premises. This seems to have marked the work of Secretary of State under Cardinal Sodano, Casaroli's successor and from the brief utterances will seem to be at the guiding principle behind the work of Pope Francis' new Secretary of State.

It is actually the default position of most of those who work for the Secretariate, thus the basic principle is one of 'dialogue'. As most people in the Vatican are appointed, or have their appointments approved by the Secretariate of State, as well as of course the world's bishops, realpolitik has been the dominant philosophy. Thus one of our own bishops could say, when criticised for his inaction of Cameron's marriage experiment could say, 'it is only worth engaging in battles we can win'. 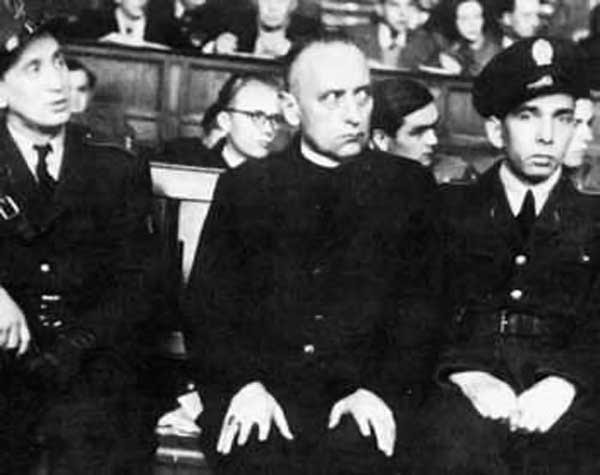 This why Cardinal Mindszenty and the clergy who suffered under Communism were seen as a bit of an embarrassment under Casaroli, or why outspoken clergy are often rebuked or simply left to rot by today's bishops, or even why some bishops might well give the impression of being open to such groups as ACTA or Queering the Church, or in the States why people like Cardinal Dolan are happy to be seen sharing a joke with Obama, or why the Irish bishops are not going to excommunicate pro-abort politicians. It perhaps marked Cardinal Bergoglio's attitude to priests who spoke out against the Junta during his time as Jesuit Superior or his attitude to gay marriage when Archbishop; his public silence but deeply felt views which he spoke of in his letter to enclosed religious, or the silence the respected Sando Magister has accused him of in regard to the redefinition of marriage, the evil of abortion etc. and why people are suggesting this will be a doctrine-lite Papacy.

JPII seemed happy to allow the S of S to carry on, whilst he strode the world with Communist regimes falling beneath his feet. In practice realpolitik continued within Vatican diplomacy and episcopal appointment whilst JPII also promoted a counter view through his encyclicals and above all by the appointment of Ratzinger to the CDF, that the search for Truth was above all paramount: hence the clashes between the CDF and SS. This continued when Ratzinger became Pope, hence the difficulties of a lack of co-operation from the Sodano appointed Vatican staff with Bertone and many in the Vatican either not being able to understand the new thinking or maliciously holding on to old thinking.

It is not so much that Ratzinger abandoned  realpolitik but rather as we see in his letter to China and the appointment of various members of the episcopate he expected it to be subject to 'the truth' and the primacy of doctrine, the tendency of realpolitik is to see doctine as subject to practical and material factors which many would see as enshrined in Gaudium et Spes.


Realpolitik tends to shy away from martyrdom and favour compromise but you might find this Michael Vorris video about the torture of priests in Romania interesting.

I have been a huge admirer of Cardinal Dolan for some years ever since the 1990s when he still Rector of the North American College in Rome.

But would you ever have seen a photo of Saint Augustine, Saint John Chrysostom or nearer to our times, Blessed John Paul II in a photo laughing and smiling with Obama? I doubt it

Having lived under the fiefdom of Archbishop Dolan I can assure you there is very little to admire in him. About the most charitable things I can say about this man is that he is a mere politician.