I have no objection to censorship, IF ... 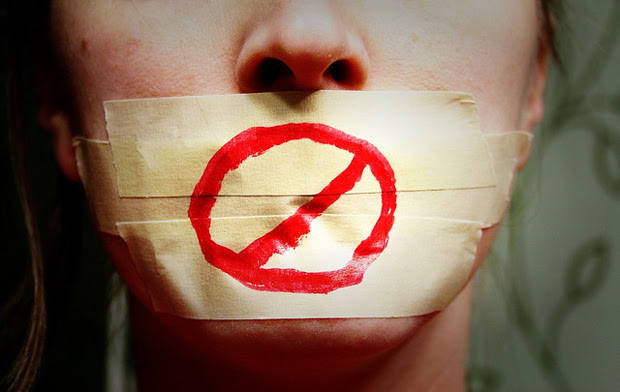 I was rather struck by this:


I have no objection to censorship, if it is done within a settled legal framework; that is, by a qualified Censor librorum who, if he withholds a Nihil obstat, gives and is required to give precise reasons for doing so. I would have no criticism if the system were not only restored, but extended to the blogosphere, and, of course, to clerics and laics who write columns and editorials in 'catholic' journals! But it has fallen into disuse. My apprehension is that a public and canonical process might have been replaced by something furtive; that a bishop (or whatever) might act resentfully but covertly because of views which are doctrinally orthodox but which don't suit his personal agenda. Or that censorship might function as an informal, unminuted, understanding within an Inner Circle that X is 'off-message'; with subsequent disadvantages for X. In other words, I fear that what, at first sight, looks like a libertarian advance (the disappearance of formal Censorship), might in reality be simply a Bullies' Charter. As I have written before, I regard Dogma and Law as the safeguard of ordinary Catholics, both lay and clerical, against Arbitrary Power.

It is from the wise old mutually enriching Fr Hunwicke.
You see Holy Church is the Glorious Bride of Christ but because she is made of sinners like you and me - isn't Lent a wonderful time to discover you are a real intractable sinner? - she can behave and act like a harlot. In fact she can become pretty corrupt, especially in her leadership, fish rot from the head. We clergy, how rightly our beloved Holy Father castigates us for our poor leadership, can easily turn Christ's domain into our fiefdom, when we are king Christ is in exile.

Rightly the good Fr H says, 'I regard Dogma and Law as the safeguard of ordinary Catholics': the alternative is that we up ruled by shadows and fears, the Church becomes a place of factions, ruled by secret committees and lobbies, it becomes the abode of whispers, innuendo and rumour. In it nepotism runs riot and injustice becomes a way of life. In short we become a robber barony, the type of system the Holy Father grew up in, that has been so much part of South American government in recent history, and seems to be still the case in his native Argentina.

For the Church it becomes lethal because it destroys the transparency of Truth, replacing it with the opaquism of opinion and that is not what Jesus Christ is!
at March 27, 2014

Dogma and law are the very foundations of the Church.

Yes, there are those obsessed with the smallest aspect of law. Not many. There are those who would throw law to the winds and opt for what has been called “the Church of Nice”, that is anything goes! They are very numerous and their motives, frankly, dubious.

Elements in the Church since before Vatican II have been most adept at what you call “whispers, innuendo and rumour”. I would add vagueness, ambiguity and downright contradiction. This has been widely discussed in the blogosphere.

The issue of poor translation, particularly into English, of documents has been raised by Michael Voris.

So those who seek to defend the Church, as we are required to do, come under censure, direct, indirect, some intentional, some unintentional. In plain English, we are being got at, while the Relativists have a free reign.

As far as bishops are concerned, of course, loyal Catholics are an easy target. They can be disciplined and silenced, thus making our bishops feel they are doing some good, while the rampant heterodoxy being preached by so many nowadays, which they are afraid to tackle,goes unchallenged.

So how do we make Fr Hunwicke's suggestion happen?

I think, depending on the 'authority', censorship can be a common good. John-Courtney Murray's secular indifferentism was censored under Pius XII. Under John XXIII it was 'liberated'. I do wish this continuity thing wasn't so occult.
-
p.s. I do, however, think that bloggers should feel no compunction not to censor comments - I have been more than grateful to those who have on my own account.


Thank God for the erudition of Father Hunwicke and many like him. When our shepherds feed us - we are very obedient lambs.
But when we are hungry....
Well said Father, and in this penitential season, this sinner needed reminding.

Well I do miss the Nihil Obstat on books about Catholicism and theology. It was a guarantee against error and heterodoxy in times past. It was part of the bishops’ responsibility to protect their flocks – and it still is!

I think we need it now more than ever - given the amount of suspect writing from clerics and nuns in assorted countries over recent decades. Had it still been in place there might have been less need for the CDF to intervene in recent cases.

"The issue of poor translation, particularly into English, of documents has been raised by Michael Voris."


BACK TO THE FUTURE

GOR, agree 100% re nihil Obstat -- I was taught that those books were guaranteed to be doctrinally sound and when I was still teaching catechism to 11-12 year olds I explained it to them and showed them where to look for it. It IS badly needed for books, I think, but not blogs. trust me a lot of bad bishops would find a way to put stuff on the back burner and sheer volume makes this near impossible --- I do think if one intends to publish theology books and the like - especially if they are targeting Catholic seminaries 0 the ought to seek a NO.