The Pope on Sloth and Accidia #2 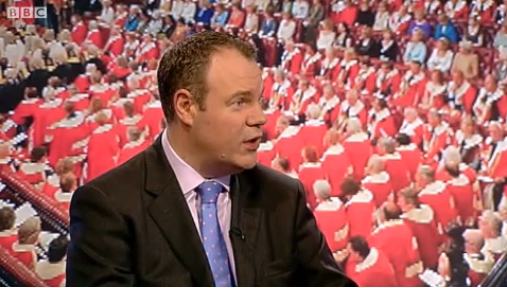 “I think it is a great pity, indeed a tragedy, that this bishop appears not to have noticed that we have a new gentle shepherd preaching a Christ-like message of inclusivity, love tolerance and forgiveness. I look to the guidance of the Holy Father Pope Francis.”

These remarks appeared in the Tablet, they are from the Portsmouth MP Conor Burns after Bishop Egan reiterated the Church's teaching on the reception of Holy Communion by those politicians who have demonstrated they are not in Communion with Catholic Church. Politicians who fail to take Christ into the voting lobby are surely those who demonstrate the 'formalism' that Pope Francis complains about so frequently, "the life of these people, consists in having all the paperwork, all the certificates, in order."

“Christian hypocrites, like these, only interested in their formalities. It was a Sabbath? No, you cannot do miracles on the Sabbath, the grace of God cannot work on Sabbath days. They close the door to the grace of God. We have so many in the Church, we have many! It is another sin. The first, those who have the sin of sloth, are not able to go forward with their apostolic zeal, because they have decided to stand firm in themselves, in their sorrows, their resentments, in all of that. Such as these are not capable of bringing salvation because they close the door to salvation.”


“I think of many Christians, of many Catholics: yes, they are Catholics, but without enthusiasm, even embittered. 'Yes, life is what it is, but the Church – I go to Mass every Sunday, but better not get mixed up in things – I have faith for my health, I do not feel the need to give it to another...’. Each in his own house, the quiet life: but, you do something and then they criticize you: ‘No, leave it alone [It. è meglio così], don’t chance it.’ This is the disease of sloth, the acedia of Christians. This attitude that is crippling the apostolic zeal, which makes Christian people stand still and at ease, but not in the good sense of the word: they do not bother to go out to proclaim the Gospel! They are anesthetized.”

I've come to the conclusion that "formalism" is PRECISELY why this Pope seems to have such an unseemly jag on for people who like/prefer the Latin Mass. This is the guy who doesn't "get" why the young are attracted.

Considering his age, you realize he would have been a young priest when all the change came in. The original felt banner priest. While one can make a case for offering a mass in the vernacular, reformers too often went overboard.

I think the mistake was largely two things: shoving out the Latin Mass completely, and the catastrophic change in the teaching of catechesis. My own generation saw this. Had I been slightly younger and intellectually uncurious, I wouldn't have learned 1/4 of the teaching and doctrine etc. that I know. My 1st and 2nd grade catechesis was based on the far more solid older Baltimore catechism. By the time I was 10, the religion textbooks were awful. But I always read everything I could get my hands on, and fortunately I found an uncle of mine's Baltimore catechism books. And I'd been old enough to remember the Latin Mass myself, and of course my mother had her old missals, and was devout.

But what about those of my generation and younger who did not have devout parents? Many were never really taught the faith, so how could the understand, much less defend it? I know when I was 19, and started teaching catechism myself, the books were a complete shambles. I had to do a LOT of supplemental teaching,

NO WHERE did I find it coming out of Vatican II that the teaching of the faith should be dumbed down. And yet it was.

IMO, "felt banner people" tend to have little regard for history or caution in general. They do not consider the long term ramifications of change.

THIS pope, who says "who am I to judge?" certainly seems very judgemental in assuming he can read the minds of people whom he sees as "formula Catholics."

He also does NOT explain well why he is doing something. Personally I think I know very well why he washed the feet of 12 lay people, who were in prison, including two women. Because the ultimate lesson is that Jesus was telling His apostles that by example He was being their servant, doing the most humble of tasks, and if HE, God Himself, was serving mere man, then He expected His chosen to do likewise for the people, and by extension, the people for each other. And here the pope is, nearly 2000 years later showing precisely that - that He (and by extension the church) are there to serve each other - which, 50 percent of whom are women - and some of those people aren't even of our faith, but outside the faith, and God meant the Church to be a shining light for ALL people, because it is the Church He established and authorized to speak for Him.

What the pope underestimates, I think, is the WAY he did it, caused distress because of the fixed rubric men only to represent the 12 apostles. Which yes, if you're doing this as a "snapshot" of history makes perfect sense (please, NO 10 year altar boys pressed in for this duty.) The Canon law is in the pope's authority, he is allowed to dispense himself from certain things etc. If he wanted to make this change to allow for a mixed group then it would have been better to explain why he wanted the change, and to do it in an orderly fashion. But the way he did it causes anger and confusion, and I can well see why.
In Rome the pope did this to show a bond with his priests and to pass on the tradition of service.

All the ramifications weren't thought through. And when you don't do that, you can cause more harm than do good.

I wish he'd taken a vow of silence for Lent. With him, sometimes it's like telling fat people "hey, in case you didn't know it, you're fat." You're right, shoving people's faces in their sins doesn't exactly win them over.

Years ago I and a friend wanted to start up the Catholic Evidence guild. The bishop of the day (Konstant) discouraged it and advised that we give talks in a church hall. It's the clergy that's holding back the laity. And that awful NO Mass that does not inspire.

I think it is a great pity, indeed a tragedy, that this MP appears not to have noticed that Christ himself could be vehement in his denunciation of what was wrong.

He also appears not to have noticed that in order to be a Catholic, one has to accede to, and act on, Catholic teaching. Secession from the teaching is secession from the Faith and the Church. And it is the Pope's and the bishops' task to point that out.

Unfortunately you have to say our Bishops are guilty of this.

Popes approved a factual error and so Vatican Council II is a break with the past.

Without the factual error Vatican Council II supports Fr.Leonard Feeney on the dogma.

Cardinal Muller, Cardinal Ladaria, Archbishop Di Noia, Mongr.Guido Pozzo have been associated with the ITC and the factual error.

There is now a specific error in the interpretation of Vatican Council II.

LG 16 is not an exception to AG 7 ( all need faith and baptism for salvation) nor to the dogma extra ecclesiam nulla salus. There is no exception in Vatican Council II to Tradition ( Catechism of Pope Pius X ,Syllabus of Errors etc). - Lionel Andrades

If I'm being honest with myself I think that the Holy Father was speaking to the Pharisaic side of me that claims to observe Friday Abstinence whilst pigging out on the cookies at work, who at times has attended Mass whilst not assisting and has criticized others whilst not holding to the spirit of Charity.

I think that we trads need to stop being narcissistic and realize that the Holy Father is not talking about us all the time when he mentions stuff like formalism. He is talking about the moronic MP's / Congressman who blather on about being 'devout mass going catholics' whilst ignoring the teachings of the Church, prostituting themselves to the gay / abortion lobby and then think they can Recieve the Blessed Sacrament.

Instead of getting your Mantilla / Tie in a twist, pray a decade of the Rosary in front of the Blessed Sacrament for the conversion of these souls, and then another for the Holy Father.

More confusion from the top. It was bad enough with JPII kissing the Quran. We are in total meltdown with this pope, as his comments are indirectly undermining the perennial church teaching. Yes, dissenters will interpret whatever he says whichever way they like it - but why give them the ammo in the first place?