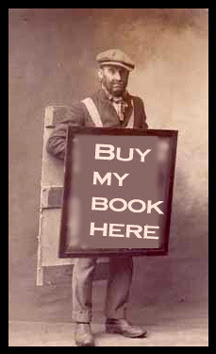 Jeffrey Archer the notorious liar, fabricator and perjurer has revealed his ultra persona as a member of the Iscariot family, claiming quite fittingly to be the son of Judas Iscariot. Americans might think me hard but the truth is that the former Thatcherite government minister, who was imprisoned for perjury, and has fabricated almost all of his own past, has produced a new book entitled The Gospel of Judas, it is not a dull Gnostic text, like the original, but a dull unoriginal novel like Archer's other books. He claims co-authorship with some Catholic theologian, I suspect he wrote the notes in the back, unaware of what his work might eventually appear as.
Archer also apparently claims to have the blessing of the Holy Father, as if...
As if anyone in the Church would take a flagrant denial of the Divinity of Christ seriously.
Well it is Easter, and the Dan Brown band wagon has gone over the horizon.
Mac, the tough woman has a bit more, if you can bear it.
at March 20, 2007

Hello Father Ray, I have just come from a presentation at the Pontifical Bibilical Institute of Archer's book written in collaboration with Father Maloney SDB an eminent Catholic New testament Theologian. I have to say that I was impressed with the presentation and their arguments and reasons for production of this novel in the 'style' of a biblical canonical gospel. Their idea was to presnt Christ in the eyes of Judas Iscariot, with the aim of dispelling myths about him according to recent catholic biblical scholarship, hence the collaboration of the australian theologian. The idea was to presnt Jesus together with excerts of THE gospels in order the Jesus of Nazareth may be seen in a new light, and thus encouraging readers then to go and find out moree about him in the canonical gospels.
The footnotes in the book are all checked and verified by the respected theologian. Reagrds the denial of the Divinity of Christ, Fr Moloney stated yesterday the explicit formulation of our belief in the Divinity of Christ only come from the 4th century from Chalcedon not directly from the scriptures but after much debate by the church although it was held by those in the nascent church. So as the book is wriitn in the style of a gospel it was the intention not wanting to jump from the person of Jesus known by Judas to the Christ of in the formulations of tradition later on. Eg It would be silly for Judas to have recorded "oh look there is Christ true God , true made and then to have mused on the hypostatic union with the disciples." If so would he have betrayed him? Anyway I hope think we should read the book, and if through this piece of, yes, fiction and scholarly work it is able to make people read the true scriptures through the right ways and within the church. Then all the better. This as they both stated was their aim. Maybe I was taking in by Archer but I wasn't taken in by Farher Maloney and Cardinal Martini.
Yours Aaron. (Hope you well, pray for me as I prepare for ordination)

Good to hear from you Aaron,
I am shocked that the anything by Archer should be presented at the PBI.
I am interested that you say,
"Fr Moloney stated yesterday the explicit formulation of our belief in the Divinity of Christ only come from the 4th century from Chalcedon not directly from the scriptures but after much debate by the church although it was held by those in the nascent church." This sounds worryingly "Lite" on the development of Christology, and the "unveiling" of the message of scripture.

Good to here from you.

Catholic on-line says,
"Father Moloney points out in the notes that in his description of Jesus as the biological son of Joseph and Mary[,] Archer's interpretation differs from the official doctrine of the Roman Catholic Church."
Maybe the Pontifical Biblical Institute is out of control or is the Church wrong?

err, hear from you I meant.

While Chalcedon certainly provided the dogmatic definition, the roman centurion on Good Friday said "this truly was the Son of God" (Mt. 27:54).

It's disingenuous for a Catholic theologian to put the slant on this that he has done. Presumably he was paid to support Archer.

Presumably he was paid to support Archer.

Fr Ray, the Curt Jester has something to say on the use of the Biblical Institute which you might find interesting...