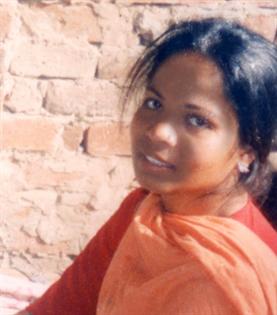 Today the Pope unusually at general audience asked for the freedom of an imprisoned Christian, Asia Bibi.


Over these days the international community is, with great concern, following the situation of Christians in Pakistan, who are often victims of violence or discrimination. In particular, I today express my spiritual closeness to Ms Asia Bibi and her family while asking that, as soon as possible, she may be restored to complete freedom. I also pray for people who find themselves in similar situations, that their human dignity and fundamental rights may be fully respected.

Asia Bibi is a Pakistani Christian who, following a discussion with some Muslim colleagues, was accused by the latter of having pronounced offensive words against the Prophet Mohammed and denounced to the local imam. The imam asked the police to intervene and an investigation began which, a few days later, led to the arrest of Asia Bibi on the accusation of violating code 295 of the penal code, which provides for the death penalty for blasphemy.

Maybe someone could give us some useful email addresses in the combox.
at November 17, 2010

Asianews has started a campain to save Asia Bibi. We can join at the following link

What's up with the new layout?

If only all of the Christians could leave these wretched countries.

Michelle - their wretchedness of course has absolutely nothing to do with the legacy of former colonial powers!

God help us all in our wretchedness

Epsilon - the wretchedness of the people belonging to the "religion of peace" is to do with the fact they belong to a false religion and do not know Jesus Christ.

One will hope that the Holy Father will reassess his predecessor's eager (and almost verging on apostasy) "ecumenical relations" with Muslims, who so far, have done absolutely nothing to reciprocate in terms of freedom of worship for Christians in Islamic lands. It is becoming quite clear as the days go by, that Muslims do not worship the same God as us and the are only too happy to prove this.

The limp-wrist behaviour of the Vatican towards to Muslims countries, only emboldens them in their persecutions of helpless Christians.

There is a website dedicated to the cause of Asia Bibi here:

Please also pray for the soul of this 3 year Iraqi martyr who was murdered by the Islamic fanatics in the suicide bomb attack on Our Lady of Salvation church on 31st Oct:

The British Pakistani Christian Association has been spearhedaing a campaign to Save Asia. This has resulted in much media attention. We need international intervention of we are to see success. Please sign our petition and your name to the growing list of concerned people:


There is a link to our bloog on the petition. Learn more about her case.