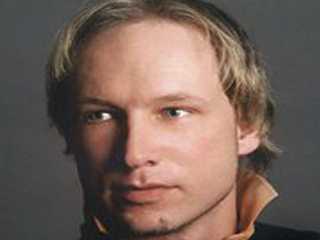 What is truly amazing is that he is an exception.

The Catholic doctrine that mankind is wounded, fallen, suffers from concupiscience, is so different from the Protestant doctrine of utter corruption and total depravity.

We are all capable of doing what Breivik did, what is amazing is that we don't because we are not utterly corrupt and totally depraved.

The exception is of course the killing of the unborn.
at July 26, 2011

I had been a Catholic for decades before I discovered that difference in doctrine! The new Catechism is a wonderful treasure!

Your comment reminds me of a retreat I went to ages ago. The (Jesuit) director had worked with concentration camp victims and I remember him saying each of us would be asking ourselves which side we would be operating on, that of the victims or the guards and that we could not know.

I used to wonder where the Nazis got their personnel from - sadly I have learned much more about what some parents can do to their very own children and thereby found my answer ......

Father two observations on this case.. 1) the American militant Right are considered primarily uneducated red necks and hillbillies. The Oklahoma City bomber was a drop out and misfit. It seems that the case of Anders Breivik shows a militant European Right that is more educated and middle class. 2) Also, it's been reported that he was a freemason. Again, in the USA one thinks of masons mostly in the context of charity work, especially for children. Is European Masonry more political?

Just my thoughts on this whole sad story..

Yes it would take a lot more of these NUTTERS to catch up with the loss of life brought about by David Steel,s Abortion Act of 40 years ago.

Fr, thank you for highlighting that we are all are capable of tremendous evil. This is a point I wish would be made more often amongst Catholics, and in general. Evil does not align with "types" of people. I often also wish that the Aristotelean idea of the effect of evil (or good) acts on the self were more taught.

I do wish bloggers and the media would stop showing the photo you have used.
He looks like an aryan god, not the smug, sneering Untermensch he really is.

It is hard to be impersonal looking at human beauty which is probably why the Messiah was predicted to be physically ordinary and un-comely.

Could we have "before and after" pictures please?
Sin doesn't always show but in this case it did.

Even his looks are phony.

"In his early 20s, he travelled to the U.S. to have plastic surgery on his nose, chin and forehead."
(Mail online)

If only he had used his fantasies to create a work of fiction. This would have brought him the fame he craved and directed his aggression into acceptable channels.
Then, instead of a despised killer, we would be lauding the glamour of a Scandinavian author, maybe a Hollywood blockbuster.

I would be interested to know if he ever attempted publication and was rejected.

The frustration at not knowing the public reaction to his actions must be intense. He is on suicide watch. Unlikely to take his life at present. He is used to isolation and will be banking on the gratification of publicity in eight weeks time.

The temptation to bury or abuse God-given talents is amply illustrated in the Scriptures. Our Lord showed it can be resisted and we are rarely helpless victims of our genes or upbringing.
Pray for him.

We do not want to hear another word from his deranged head.He should just be taken outside to face a Firing Squad like Vidkun Quisling.

Nickbris, that would be the appropriate civil remedy to such a heinous crime. Unfortunately, instead of justice, he faces a maximum of 21 years in prison. Sometime in his early fifties, he'll be out of prison. So goes the judicial systems of enlightened countries, no longer administering justice with regard to Christ and Christian tradition.

Executing this man would be mimicking what he did.
As evil as the actions of this man are, at some point in the future, if he repents to God with true integrity about his sins, he will be forgiven and loved with all of the power of the Almighty! Pray for your enemies, and love your enemies. This man surely fits this bill. Ask yourself, do you want to go before a God of justice or a God of mercy?

1) There is much more chance that Anders would die reconciled with God if he faced the death penalty for his crimes; rather than pass away away the years within the immorality of prison life. Ask any non-lefty priest who has done prison ministry in a country where there is the death penalty. If we truly care for his soul, we would offer him the chance to make satisfaction in this life for his sins. Repentance and acceptance of his capital punishment would be the best thing for his soul.

2) Catholic tradition teaches clearly that the State has the right and duty to administer punishment, to include the death penalty.

3) It is not a mere coincidence that the more "progressive," liberal, and post-Christian a country becomes the more lax it also becomes in it's application of punishment, to include the abolishing of the death penalty. The Death Penalty is a necessary part of the judicial system if we are to truly respect life and justice. To eliminate the death penalty means that we demean life. We send a message saying life is not so valuable that the taking of innocent human life will be punishment with the ultimate penalty. Indeed as the case of Norway shows, 80 innocent human lives is now worth about 21 years in prison.