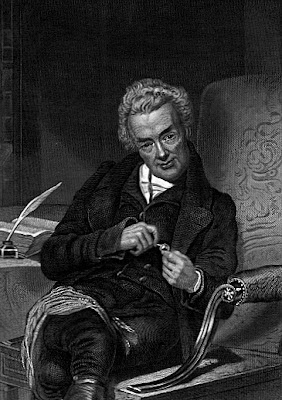 saturno tip to Amy Welbourne at Open Book
A Jesuit reader from Ireland writes:
It's worth noting that, with the exception of Bishop Samuel, all of William Wilberforce's sons became Catholics, as did Bishop Samuel's daughter. Their journey from a very evangelical Anglicanism to Catholicism was extraordinary.
The bishop and one of his brothers were married to sisters of the lady who married the future Cardinal Manning. The bishop and Dr Manning used to address each other as "Dear Brother", though the relationship became strained in later years.
Moments before he died in a horse riding accident, Bishop Samuel was talking about (and deploring) conversions to Rome.
Henry William Wilberforce, in the old Catholic Encylcopedia
Robert Isaac Wilberforce
Wilberforce himself was also a supporter of Catholic emancipation.
From Zadok, a photograph of Robert Isaac Wilberforce's tombstone in Santa Maria sopra Minerva.
at February 25, 2007

Wilberforce (like William Roper, Thomas More's son-in-law) was a member of parliament for Bramber, which is in the Valle Adurni.It is said that one day he was travelling along the Adur Valley, and stopped at an inn for lunch. He asked the serving wench 'What place is this, my good woman?'. 'Why, 'tis Bramber, sir' she replied. 'Good Lord!' the Liberator is supposed to have said, 'I believe I'm the member of parliament for this place!'