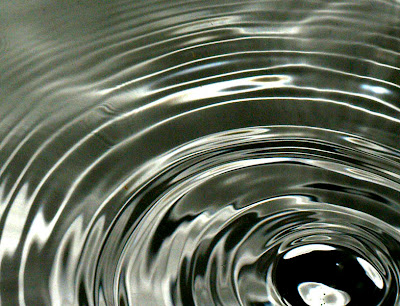 Parents pass on lots of good things to their children but the also pass on vices. Habits of work or sloth, values or a lack of them, prejudices and opinions come down the generations.
As with parents so with nations; prejudices, terretorial claims, national fears pass unseen from generation to generation.
Wars too seem to be passed on, World War II in many ways sprung from World War I, it in turn from the Franco-Prussian War, that from the Napoleonic War and so on and so on.
Each generation leaves its filth and has its stranglehold on the next. The dead are incapable of clearing up their own mess, they drop pebbles into the pool of history which ripple out and out and out, generation to generation.
Today we pray for the "War Dead", yes we remember the heroism of brave young soldiers but we also pray for their souls, in doing that we as Catholics are not blind to their sin, nor to the horror of war: blood, rape, tears, dispossession, killing and murder are part of our prayer.
The Church in her wisdom encourages us to pray for the dead, to earn Indulgencesa for them. Prayer for the Pope, Communion, Confession are part of gaining an Indulgence but most importantly is the "detachment from sin."

This detachment is about breaking with the past, leaving it in the tomb and rising with Christ. It is about conversion, taking on him the Lord of History, beginning again with him and his values, making him our mother and father, our nation and our hope. It is only in him that can redeem mankind.
at November 14, 2010

This is slightly off topic, but it touched me. On Friday several of my 6th formers asked had I seen what had happened with the riots. I assumed they were talking about the student fee riots, but, no - they were incensed at the burning of poppies by muslim extremists - something the BBC skated over - but they had picked up. The most angry was one of my "bad boys" who had been the main poppy seller on campus. I was heartened to see their genuine feelings.

I suspect that what they may have picked up was Newman's insight that religious error is in itself of an immoral nature, and that its maintainers, unless involuntarily such, are guilty in maintaining it.

These poppy-burning Muslim extremists somehow fail to strike me as men of conscience.

The corporate memory has become so skewed that it's more important to protect those hostile to this country and its Christian heritage than to push for the protection of Iraqi Christians who are subject to a more lethal protest.
On Remembrance Sunday I prayed for the suffering souls in Iraq who are also the victims of war.
Not a peep from those who should be shouting long and loud.