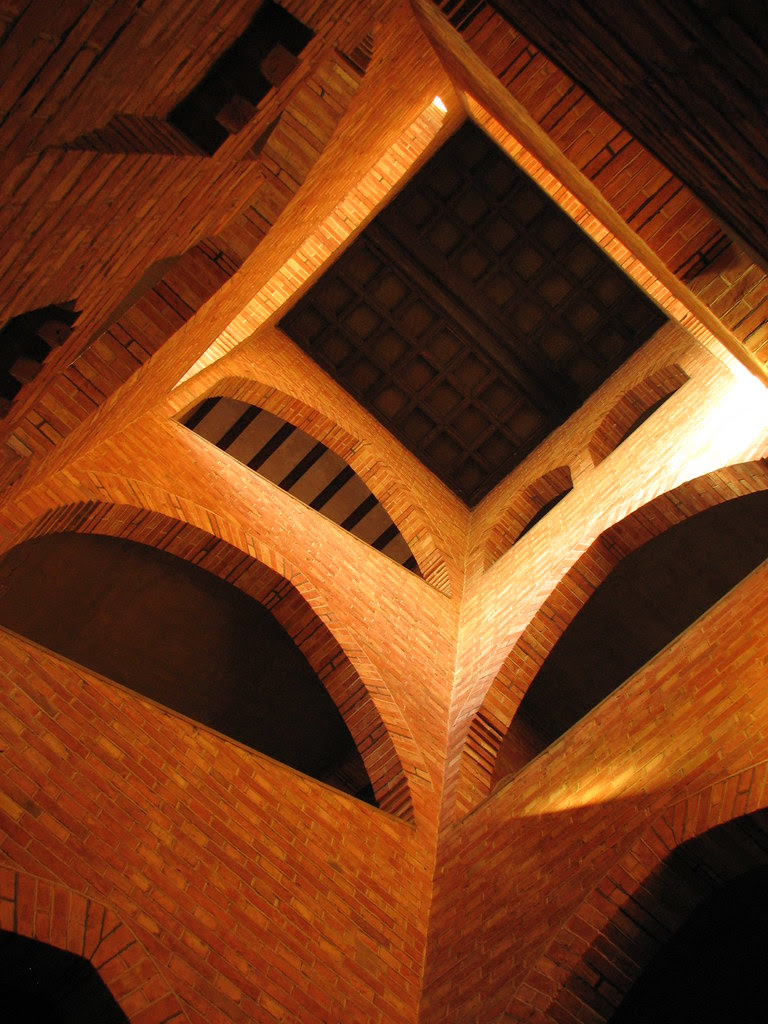 
When comparing doctrines with one another, they should remember that in Catholic doctrine there exists a "hierarchy" of truths, since they vary in their relation to the fundamental Christian faith.
Unitatis Reditegratio 34

In the same way the doctrine that the Catholic Church is the "True Church" is dependant on a whole number of other doctines, for example: the acceptance that Jesus Christ is God, that he speaks the Truth, that his words are unchanging, that scripture is true, that the Holy Spirit does indeed guide the Church, all these come together stating quite clearly that the Church was built by God himself on the Rock at Caesarea Philipi and has been guided by the Holy Spirit from the first Pentecost.

It is not that any doctrine is more true or less true than any other but rather that Catholicism is an integral whole, for so many doctrines are interrelated. Take one away, or damage it, and the whole edifice begins to crack and collapses. An obvious example that seems prevalent at the moment, damage the doctrine of the Real Presence and the whole Catholic concept of the intimacy of God with his people is seriously wounded. The Real Presence gives us an understanding of the doctrine of God that is significantly different from a Protestant understanding of the doctrine of God.
at July 03, 2012

I agree with you to an extent Father. As I understand it there isn't a difference in the level of truths held by the Church. One is not more true than any other.

There is a difference in the certainty of the Church in these truths. At the top of the tree we have de fide - literally of the faith. These are the Dogma of the Church - those infallible truths held with absolute and infallible certainty. Truths that are de fide can be de fide divina (revealed by God) or de fide ecclesiastica ( taught by the Church)

Below these Dogma we have the Doctrine of the Church. These are judged to be sent certa and within that there are various levels of certainty.

There are also other teachings below this level of certainty which are taught by the Church. All are truths but simply held with differing levels of certainty.

I don't claim to be without error on this topic - I am merely an enthusiastic layperson.

Petrus, I think there is a serious danger with what you suggest.

There is certainly a difference between de fide divina and de fide ecclesiastica.

dfd: God teaches us belief in the Real Presence - the "what" we believe
dfe: Church teaches us Transubstantiation, - the "how" of what we believe. Despite it canonical codification in theory we might come up with a better way of expressing the "how".
The first is Divine Reality, the latter a "form" that expresses that reality. The same is possible with expressions of the Trinity from Nicea onwards.
If I remember, that is the nub of what Ott is saying.

Father, I am possibly going to come across as obtuse now. With what part of my comment do you perceive danger?

As I read things we are pretty much in agreement?

Petrus,
Sorry.
Yes the problem is in making a distinction with what is of God and what is of the Church. It can set God against the Church, rather than being at one with it.

It gives rise to either the liberal, "Institutional Church", or the Trad "Eternal Rome" versus "Rome of today" or "Concilliar Rome".

"Pluck but one of a thousand strings and a painful jar through all will run" as the late Frank Duff was fond of quoting.

Not keen on Ott

Jonathan,
I am not sure when the Church actually taught"Limbo". Limbo is not and was not de fide ecclesiastica. It was taught by some Jesuits and some pious nuns and mentioned in some local catechisms.
"De fide ecclesiastica" are not optional or "uncertain" doctrines, I think you are underlining the danger that I identify. As in Transubstantiation or Trinitarian doctrines, they are indeed true but they are expressed in particular philosophical terms. As in the case of Transubstantiation were are bound to accept the doctrine that is expressed by the philosophy but not necessarily the philosophy itself that divides things into substance and accidents.

I think you speak more of causation and dependence than hierarchy. Truth is truth. There is, however, a hierarchy of goods and rights.

Father, you said, that setting God against the Church "gives rise to either the liberal, "Institutional Church", or the Trad "Eternal Rome" versus "Rome of today" or "Concilliar Rome."

I very respectfully disagree here. It is very different to reject the fundamental connection between the instituional church and God (lberal), than to believe that many officals within the Church are leading it in a way that it is out-of-line with the Tradition. Didn't the Church of England have an episode where all but one bishop sided with the King against the Pope, allowing for an illegal divorce?

The problem I experience is that the Church is full of bishops, priests, and teachers at the highest level who live and teach innovative, unofficial forms of Catholicism. Some good-naturedly, others with more progressive motivations. These forms of practice are supposed to be authentic expressions of Christianity in the modern worlds, but they are often patently in contradiction with earlier Catholic practice. Yet the institutional Church rarely moves against these officials. Rather, it reminds us that not everything that everyone does is official. In other words, the Church is just as guilty of making the "Eternal Rome" vs. "Concilliar Rome" as anyone else.

So it kind of leaves the people in a weird place where we end up replacing orthodoxy with a kind of open-minded, moderation: The true Catholics are the ones who don't go too far in either direction, and simply trust that the Church is in-line with God's teaching, even when it is not (entire nations embrace birth control with the aproval of Church officials, for example). That just does not feel right to me.

What am I missing?

Fra Roland,
Either you have misread what I have written or have I not expressed myself properly.
I think the movement against those who present us with de fide persona has been out fashion but fashions change, fortunately.

I remember what was happening when "hierarchy of truths" was a bit of a media buzzword: understood as cafeteria belief in "good conscience": "I can skip or change everything on the menu if I stick to the main course, and still be a catholic, i.e.communion with no confession ever, etc.
Whereas around that time , when living with muslims and being involved in catechetics for baptism of complete (noneuropean) pagans, what the CCC had to say was very relevant: on the one hand who are we CLOSER to: Moslems who accept the incarnation and virgen birth and of whom many have a very real devotion to our lady,yet relegate our Lord to human prophet, versus vicecersa baptized Protestants? On the other hand,"hierarchy of truths" catechetically: affects what you teach and emphasize FIRST. (I pray that what I unpreparedly and un worthily passed on was Truth, NOT my idea of the truth - I was the traditional type of catholic "volunteer":"volunteers, you, you, and you".Unbaptized, existing living faith, trust in God and love of God left me ashamed)
Apropo, be the actual circumstances, translation, context, etc in the quote on Our lady's perpetual virginity in your previous post what they may, I am nonetheless confused about a collection of things referred to in English below that my failing memory recalls as less connected.
"the birth canal not having been opened, the hymen not having been broken,the absence of birth pangs"briefly, I don't follow the midle one, the hymen,as necessarily involving the other two.
I recall some swallow at gnat strain at camel catholic "let's be as modern as we can" stuff about 25 yrs ago or more, arguing that since raped feamle saints and marytrs count as virgens, so should our lady, especially physcially, the hymen, after childbirth. Piffle.
Noetheless I have read stuff about our lord's birth that seemed a bit docetic - sort of all so holy that or lady never could suffer nothing, rather likethe heretical view of our Lord's agony that didn't happen to HIM coz he was off on a beatific vision trip.
Any comments? I mean, Im usaully wrong somewhere.

Dear Fr Ray,
Just aiming for pedant of the week award.
The spelling is hierarchy from Greek
iereus, priest, and arkhein= to rule.
Hope you don't mind me mentioning this in order to improve your already excellent website.