Pope encourages Turkish Christians to live in harmony with Muslims 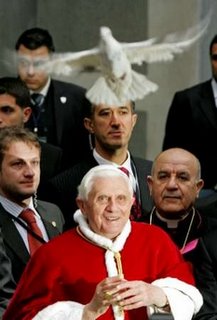 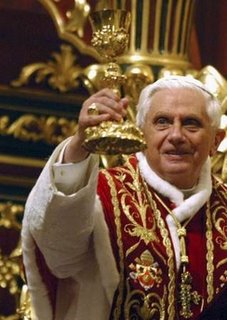 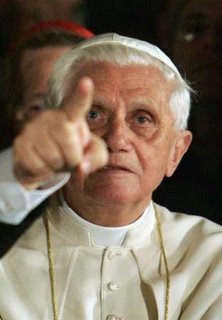 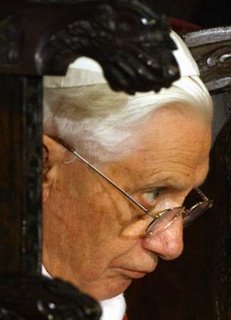 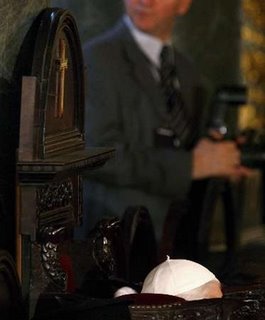 By John ThavisCatholic
News Service -- Closing out a four-day pilgrimage of dialogue in Turkey, Pope Benedict XVI celebrated Mass with the tiny Christian community in Istanbul and encouraged it to live in harmony with the Muslim majority. "Brothers and sisters, your communities walk the humble path of daily companionship with those who do not share our faith, yet profess to hold the faith of Abraham, and together with us adore the one, merciful God," the pope said in a sermon. "You know well that the church wishes to impose nothing on anyone, and that she merely asks to live in freedom, in order to reveal the one whom she cannot hide, Christ Jesus," he said. About 300 people packed into the Cathedral of the Holy Spirit for the Dec. 1 Mass. Several hundred more stood in the cathedral's inner plaza and in the courtyard of a nearby church, following the liturgy on a TV screen. Turkey has only 32,000 Catholics in a population of 72 million. Most of them live in Istanbul, which has for centuries been a bridge to the West. The pope, wearing red vestments to mark the work of the Holy Spirit, processed into the small church and listened as Armenian Catholics chanted the entrance song. A Chaldean choir of youths, dressed in blue tunics, sang a hymn in Aramaic. The seven languages used in the liturgy were meant to express the diversity of the Catholic community in Turkey. The pope paid tribute to this rich variety, asking Turkish Catholics to continue to live the faith in a humble manner with a sense of service to others. "To live by the Spirit is not to live for oneself alone, but to let oneself be conformed to Christ Jesus by becoming, like him, the servant of his brothers and sisters," he said. As a minority in a Muslim country, he said, Catholics should be attentive to all those who seek justice, peace and dignity. "Live in harmony, in accordance with the words of the Lord: 'By this everyone will know that you are my disciples, if you have love for one another,'" he said. To one side of the altar sat Orthodox Ecumenical Patriarch Bartholomew of Constantinople, who had hosted the pope the day before in a liturgy at his Istanbul headquarters, the ecumenical focus of the pope's visit. The pope recalled that his predecessor, Pope John Paul II, in a Mass 26 years earlier in the same cathedral, had urged new efforts for full Christian unity. Unfortunately, Pope Benedict said, that hope has not yet been realized, but "the pope still longs to see it fulfilled." He urged all Christian leaders to act for the good of all, "putting ecumenism at the forefront of our ecclesial concerns and not committing our respective churches and communities to decisions that could contradict or harm it." Those words appeared to refer to potential problems not so much with Orthodox churches as with the Anglican Communion. Several Anglican member churches have decided to ordain women priests and some to ordain women bishops, decisions the Vatican says create a serious barrier to full union with the Catholic Church. Patriarch Bartholomew joined the pope for the final blessing. Then the pope processed down the main aisle, smiling broadly and greeting many of the enthusiastic faithful who reached out from either side. One man waved a Turkish flag. Before the Mass, the pope blessed the statues of two popes in the courtyard of the cathedral: Pope John XXIII, who served for 10 years as apostolic nuncio in Turkey and was considered a good friend of the country; and Pope Benedict XV, who during World War I built hospitals in the region and made diplomatic moves in favor of Turkish prisoners. The larger-than-life bronze statue of Pope Benedict XV was unveiled in 1921, at a ceremony attended by many Muslim Turks. It bears an inscription hailing the pontiff as "the benefactor of all peoples, regardless of nationality or religion." After blessing the statues, the pope released four doves, one at a time, as a symbol of peace. The Mass was the final event of a trip that included political and ecumenical encounters. Before leaving for Rome from Istanbul's airport, the pope thanked city authorities and told them, "I am leaving a part of me here in Istanbul." The evening before, several hundred young Catholics paid an unscheduled visit to the pope's residence at the apostolic nunciature in Istanbul. After they prayed and sang outside his window for more than a half-hour, the pope came to the window and offered a blessing and words of appreciation, telling the young people he would always keep them in his prayers. Earlier Nov. 30, the pope joined Armenian Orthodox Patriarch Mesrob II at his cathedral in Istanbul for a prayer service. The pope spoke again of the importance of ecumenism, in view of the "tragic divisions" among Christians that "give scandal to the world." "Precisely by the witness of their faith and love, Christians are called to offer a radiant sign of hope and consolation to this world, so marked by conflicts and tensions," the pope said. "We must continue, therefore, to do everything possible to heal the wounds of separation and to hasten the work of rebuilding Christian unity," he said. The pope also appeared to refer indirectly to the Armenian massacre when he said that the faith of Armenian Catholics has been transmitted "often in very tragic circumstances, such as those experienced in the last century." An estimated 1.5 million Armenians -- more than half the Armenian population at the time -- died in a forced evacuation by Ottoman Turks in 1915-18. Turkey rejects the accusation of genocide, saying the deaths were due largely to disease and famine. In private encounters later that evening at the apostolic nunciature, the pope met with Syrian Orthodox Metropolitan Filuksinos Yusuf Cetin and with Turkish Chief Rabbi Ishak Haleva.
at December 01, 2006