Was Incarnate of the Virgin Mary 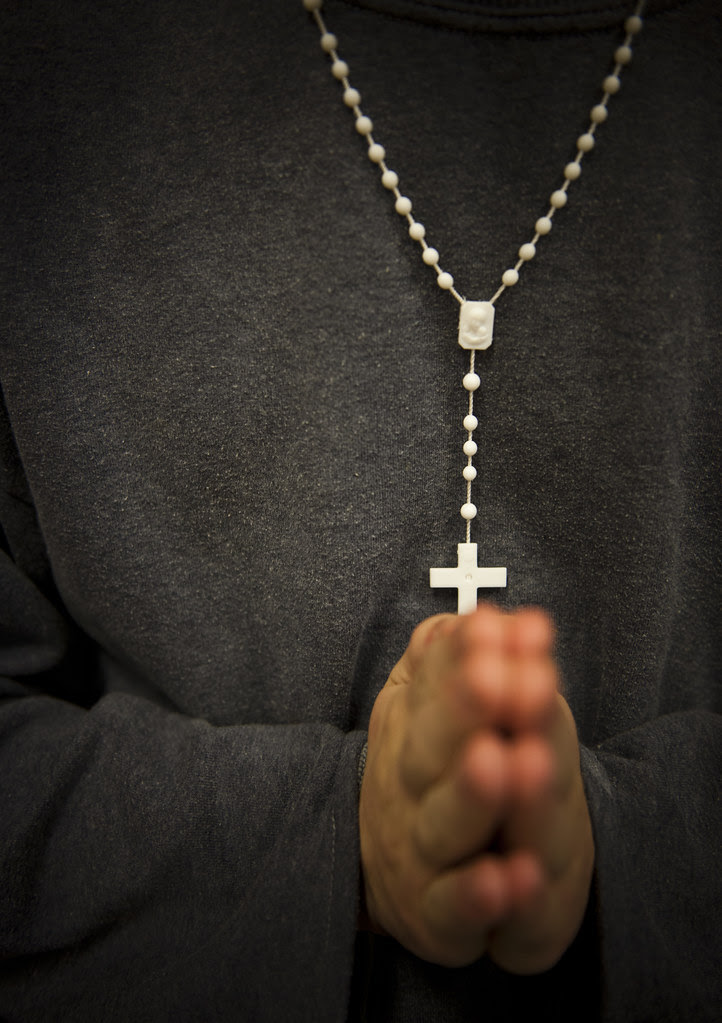 I was struck by the report on the Nuncio's visit to Feltham, the west London young offenders institution. It was good to see His Grace getting out and meeting "ordinary" Catholics, he is rapidly becoming one of my heroes, along with his Irish counterpart, the delightfully named Charlie Brown, I hope there is a dog in the Nuntiature.

What I found interesting were the pictures; first of all the card with a picture of Our Lady on it, and then there were pictures of young men themselves with their hands joined palm to palm and or wearing a Rosary. I suspect that most of these young men or "boys" as they describe themselves, are probably, when out of Feltham, not the most avid of Mass attenders or that well formed in Catholic doctrine and moral teaching. It was the choice of those things which these young men chose to identify themselves as Catholic. They are certainly quite different from the things which for example the website of the Bishop's Conference would feel happy about presenting as being contemporary Catholic "logoes". In fact they would have pushed aside long before these young men, under 18, were born. Perhaps the hand joining may go back to Primary School, with Miss saying, "Hands together, eyes closed...", but the rest seems to be more about things that run deep into secular culture's perception of Catholicism rather the normal iconography of contemporary Catholicism. 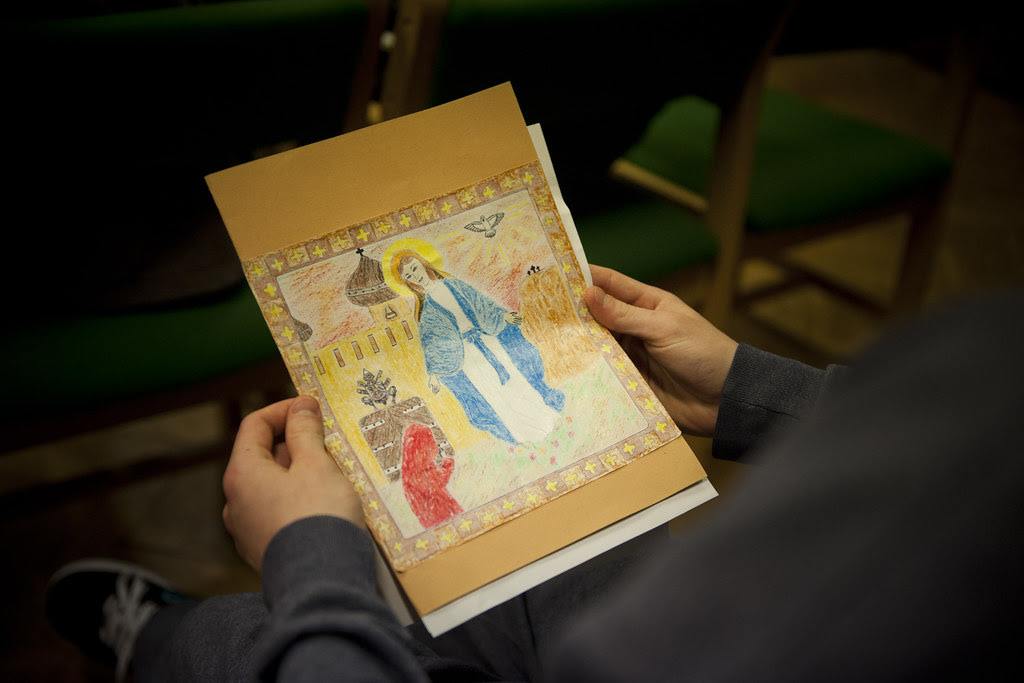 One of our great problems today in communicating our Faith which is highly complex. St Dominic trying to find an easy way to convert the Albingensians was inspired to summarise the faith by the fifteen Mysteries of the Holy Rosary. The Fathers didn't give new converts the Gospels, or even let them read it without an explanation, what they did was to give and teach them, was the Creeds, a dogmatic summary of the faith. In case the Creeds were too complex the key phrase  in the creed was marked by getting people to bow or genuflect at "and by the Holy Spirit was incarnate of the Virgin Mary, and became man" or simply the phrase "et incarnatus est". This is the basic mystery, the seed from which our whole faith grows, it is the Incarnation, this makes the Christian God different from the God or gods the of pagans, Moslems and even Jews.

Judaism and Islam do not deny God's concern with the material but for them he does it through angels, whether pure Spirits or (human angels) the prophets or through some mighty, a work a miracle. But the central mystery of Christianity is more than that, it is about God "taking on" matter, without co-mixture but with total co[mm]union.

How do we communicate that to a group of under 18 year old men, many of whom because of a troubled past have missed out on education. Protestants in the past might have considered lengthy sermons or highly theological hymns, Catholics have done that but we much prefer encouraging the imagination through such things as the Rosary and images of the Blessed Virgin. The very things which the young men have chosen to mark their identity, and which our more sophisticated brothers and sisters are less than comfortable with.

Next Saturday (8th Dec) we are trying a bit of street evangelism by having a procession, it starts at 7pm from the Church (it will be finished by 8pm) in honour of the Immaculate Conception. A good way to mark the central Mystery of the Year of Faith and Advent.

I agree with you about the Nuncio: he sems to get it right every time. In the photos, he gives due prominence to the priest who is, I imagine, Chaplain of the prison, to whom a lot of the kudos for this visit should go, and seems to have been accompanied by another Bishop, presumably the Ordinary or Auxiliary for the area. But there is a series of didactic lessons in the photostream which raises this occasion above a mere ceremonial visit into a practical lesson about the corporal works of mercy.

It might be appropriate to point out that the Chaplain is a former Anglican priest, received in 1994 at the same time that I was and ordained as a Catholic priest in 1995 by Cardinal Hume. Now, what do you make of that?

the parts of the Mass such bowing at the mention of the incarnation are very important
for me - they convey the real weight of the words. what ever happened to the striking the breast at 'I confess'? Jews do this on the Day of Atonement - so they do it at least once a year - how many times a year does a Catholic do it? then again is the 'confiteor' still a part of the Mass.

(Jeremiah 31:19) "I turn in repentance; I have come to myself, I strike my breast; I blush with shame, I bear the disgrace of my youth.”

God Bless for Dec 8. A priest in public - what scandal! I remember sitting in Starbucks once on St James (sort of a brighton version of the haight) and seeing Father walk by in black cassock glory - i was stunned at such evangilistic bravery. a glimpse of Truth in public is a rare treat. brave priests would surely make for a braver flock.

p.s. why is it so many priests cannot be identified as such in public?

oops - it occurs to me that since we're still praying, 'Lord have Mercy, Christ have mercy', the preceding prayer must be a version of confiteor.

Mass in one country isn't like it is in another. All roads might lead to Rome but the 'Rome' that used to thrive elsewhere is hit and miss.

WWH
In the TLM the Confiteor was a rite before Mass began, at the foot of the altar, a private and personal act between the priest and ministers. In the TLM the various prayers during the Mass speak of the priests unworthiness but most are private, except for the "Domine non sum dignus", before H Communion.


The Kyrie was not part of a penitential act but a litany of praise, preceding the Gloria. Before Trent, in most places it had "tropes" such "Creator of the globe: eleison" hence the Mass setting being called "Orbis Factor", named after the 1st trope.

"Eleison" is, I think, better translated as "have pity" rather than "have mercy". In all the ancient settings of the Ordinary there is an exaltation of God's glory, which is followed by a plea for pity.

The Papal Nuncio is styled His Excellency not His Grace

Deacon Flavin,
He seems happy with either the continental form or the English form.
I think you will find that the correct form for all Catholic Archbishops in England is "His Grace" (see the Synod of Westminster).