Lunch with the Chairman of the ACCC 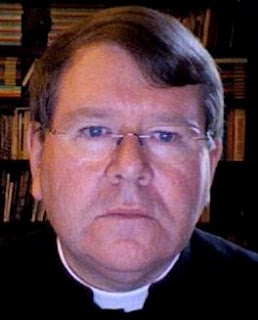 I had lunch at New Malden with the Parish Priest Fr Peter Edwards, a small group of other priests and Fr John Walsh, who is on holiday in London. He is also happens to be the chairman of the Australian Confraternity of Catholic Clergy.

Fr Walsh said the ACCC started because priests were hungry for sound intellectual and spiritual nourishment and fraternity. Australia has many clergy who can live very isolated lives in the bush, in dioceses of a few dozen priests who rarely come together. There the ACCCs conferences and retreats offer priests a vital lifeline. In Australia there was an organisation like our own National Conference of Priests, which I think has closed down here, or at least it is in its death throes, the Nuncio and bishops at first saw the ACCC as a threat but as so many younger clergy joined the became more and more favourable to the new organisation, nowadays it is the ACCC which works with the Bishop's Conference and the Nuncio, indeed many of Australia's bishops are early members of the ACCC.

Our UK situation is a little different, there are many groups ranging from diocesan initiatives to Jesus Caritas, some are excellent but I must say personally I think we need something like the ACCC here. Theological and spiritual input in some of these groups can be patchy, many diocese tend to choose speakers that fit the "diocesan profile" rather than challenge it, the standard of speakers is often not of an international standard. How good to get in members of the Curia like Archbishop Raymond Burke, or Cardinal Levada, or maybe Cardinal Pell on one of his British tours.
at October 19, 2010

Very sorry to have missed this. I was on the A2 which got closed due to "accident investigation" (i.e. some poor soul was probably killed in an RTA). After more than an hour I had to turn back to seek an alternative route. Sadly by this time all the off-trunk roads were blocked and I spent more time meandering round until it was no longer possible to get to New Malden.

I do hope that an Confraternity can get off the ground here.

Let's not forget Ireland. Any takers? (I'm not a priest, myself.)