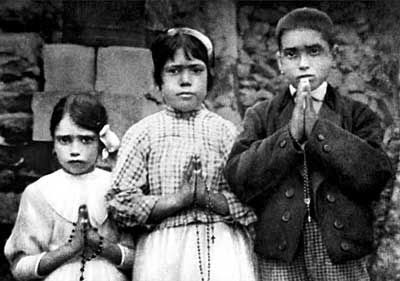 I have a small range of penances I give to penitents and it is getting smaller. I found a lady looking through books at the back of church trying to find the "Hail Holy Queen" when a visiting priest was in "the box". Another woman told me she doesn't go to confession because she is "embarrassed", not just by her sins but also her inability to remember the correct prayers.

In parishes that don't have the Hail Mary during the Intercessions it isn't just children who can't remember the "Hail Mary", adults forget it too - bye the way, does anyone have any clear details about the Heenan CDW indult for its use during the Intercessions in England - like a protocol number? Apparently it was in the draft of the Papal Liturgies during the visit but removed by Office for Papal  Liturgies, presumably to stop setting a universal precedent.

The repertoire of  recited prayers of your average English Catholics is diminishing. Except for those under the the spell of Medge, younger people tend not to learn either the Rosary or its prayers. In our schools prayer seems to be "Charismatic" spontaneity rather than the ancient prayers of the Church. It is about Catholic identity as much as abstaining fro meat on Friday.

Part of catechesis should be teaching prayer, when the disciple ask the Lord to teach them to pray he gives them a text to learn.
at April 03, 2012

When my now 18 yr old was in school preparing for First Confession and First Holy Communion, one of the catechists- a truly holy woman- confessed to me with some frustration that they had to teach everything to the children. Only three children in the entire class could make a Sign of the Cross (we are talking year 3 here) my dd, her friend and a Muslim girl.
Sad. Just really sad.

At some places I've been, they tend to offer you a prayer card with your penance, which always helps. Sometimes the particular saint or prayer given was not erm, directly relevant, and I suspected they had a surplus of certain cards, but it was still good!

Well whatever about Hail Marys, Our Fathers and Hail Holy Queens Father, I was thrown for a loop by one confessor who gave me the Divine Mercy Chaplet some time ago...

I knew of it, but didn't know it and had to look it up on the Internet when I got home and print it out!

Which made me think confessors should not assign 'odd' penances which which penitents might not be familiar. What if I had been killed in an accident on the way home and been unable to complete my penance?

A useful aide memoire is A Simple Prayer Book, published by the CTS at £1.95.

I sympathise with GOR. A few years back whilst in Lourdes I was grateful when before giving me a penance the Priest asked me first if I knew the Angelus. I felt very ashamed when I had to admit that I did not know it and he then gave me a prayer I was familiar with. Another time I was rather taken aback when I was asked what I would like to do for my penance.

Regarding the Hail Mary after the intercessions - I was under the impression that every parish in England prayed it then as Cardinal Heenan pressed for it to remind us of the title of Our Lady's Dowry. It is not said at Masses in France even though she is the 'eldest daughter of the Church.' But children do learn it in their Catechism classes.

Regular repetition of prayers certainly helps to commit them to memory. How sad that children today are not being taught the ancient prayers in school but should they not be learning them from their parents?

The CTS prayer book as georgem said is an excellent, inexpensive resource also the "Penny Catechism" includes prayers in the back. If I were a millionaire I would buy as many as possible to distribute. I learned my faith with the Penny Catechism. The situation is as bad or worse here in America. My nieces and nephews don't know their prayers and certainly not the rosary. Father Thwaites always said that the nightly rosary would save many families and I am a firm apostle of it (the family rosary)

I bought Catholic Prayer Book for Children by Julianne Will for the 20 five year olds I teach R.E to. It's only £2.26 from The Book Depository and includes every vocal prayer you could wish for(The Rosary, Memorare etc). It uses 'thou' in the Hail Mary and not 'you'. It even includes the prayers for the new Mass translation.

I took my sons to confession at Christmas and the priest handed them a piece of paper with their penance on (Prayer of St Francis of Assisi). On the back was an advert for a seminar taking place at the church!

My father was in the army when I was growing up and we always had army papers around the house. I remember when I was about 10 or so reading an article about how POWs in various conflicts had survived their ordeal partly through being able to recite psalms, scripture, or prayers. The army was introducing around that time with what they called "army values" which was a sort of secular prayer, a mission-statement kind of thing that could be memorized. This was because, although studies and experience showed that memorized texts helped soldiers' mental health, more and more soldiers were a-religious or did not memorize prayers or scripture the way previous generations had done, so this was an attempt to provide something in lieu. (You can see the texts here: http://www.army.mil/values/ On the left you'll see the "creeds". I remember my dad having a key fob with the values written on it.) When I read about this at age 10-12, I made a point to try and memorize more prayers, and although the army isn't the most pious inspiration I'm glad I was convinced it was a useful exercise before I got older and encountered some of the challenges to my faith!

It is not everywhere that things are so dire. In my parish the Angelus is said after morning Masses and the Sung Mass on Sunday, the Rosary is recited publicly and advertised and the children are well instructed both in school and by the Catechists, the Divine Mercy Novena is being kept and the Chaplet sung monthly. We have only one priest and a Mass Count of about 1500. It's not difficult - it just needs doing. As I'm sure YOU understand, Fr Ray.

When the Bishops of England & Wales are acting against the teaching of the faith in schools is this any wonder?

Father, if you did hand out prayer cards, and set a large number of repetitions as penance, more of your penitents would learn the prayers!

(not the point of penance, I know, but a useful side-effect)

When taking Holy Communion Or visiting People with Alziemers or Dementia, the elderly Catholics always join in when reciting the Our Father, Hail Mary Glory Be and other prayers etc, even though they cannot remember much else. It always amazed and pleased me.

It was Rome that issued the directive that the Hail Mary should not be inluded in the General Intercessions - apparently it was considered a 'liturgical abuse'.

I don't view myself as particularly old (24) and I had a standard education in a local catholic primary school...but went I encounter people my own age and young through youth work I am shocked at how little they know. I am even more shocked in my new parish at how little the older generations know. Between the ages of 4-11 in school we said the Hail Holy Queen, Hail Mary, Memorare, acts of contrition, the prayer to St Michael, Our Father, Glory be, the fatima prayer, grace before and after meals. We had monthly confession and the school let a group of year 6s run a weekly "rosary club" at lunchtime around the statue outside. And the angelus was rung everyday with juniors expected to pray it. These prayers are etched on my heart forever and the devotions have stayed with me into adult hood.

Alongside this the headmaster also raised a whole generation of Catholics who loved hymns such as Faith of our fathers, For all the saints, God of mercy and compassion, onward Christian soldiers, O bread of heaven, praise to the holiest in the height and many other "traditional" and not so often sung hymns.

And 13 years after I left these devotions continue in the school under the new headmistress! DEO GRATIAS.

People do not know what they are denying these beautiful children of God! For me this instruction will bear me in good stead for a lifetime...even during my brief leave of absence it was these prayers etched on my heart that I returned too.

It makes me so sad to meet young and not so young people who think I am a hard core traditionalist just because I know these very basic prayers. THIS IS YOUR IDENTITY PEOPLE: KNOW YOURSELF AND KNOW YOUR FAITH!!

Like previous times when The Church has run into a spot of trouble (understatement), one of the concomitant irritating factors has been a major technological change. Back in the Reformation days, it was the explosion of printed texts. Today we face the triple challenges of TV AND the internet and a (still undigested) revision of liturgy and practice thanks to VII. Wide spread use of these technologies is really less than 40 years old. How long did it take for the Council of Trent to be organized, much less completed?

Have Catholics been caught flat-footed by these changes? Yes. Will we catch up? Probably. This Lenten season I have dedicated my self to reading Catholic focused websites & it has proven to be immensely rewarding. As an example I greatly enjoy Msgr. Pope's daily blog. Excellent.

A friend tells me that "the Hail Mary during the Prayers of
the Faithful at Mass is now to be officially banned within A and B as
it has been identified as 'Liturgical Abuse' this is to say that it may not be said in any mass in any parish during the Prayers of the Faithful." I can think of many real liturgical abuses which would be better tackled.