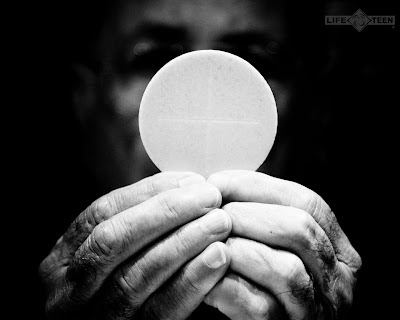 The following memorandum was sent by Cardinal Ratzinger, Prefect of CDF to Cardinal McCarrick and was made public in the first week of July 2004.

1. Presenting oneself to receive Holy Communion should be a conscious decision, based on a reasoned judgement regarding one's worthiness to do so, according to the Church's objective criteria, asking such questions as: "Am I in full communion with the Catholic Church? Am I guilty of grave sin? Have I incurred a penalty (e.g. excommunication, interdict) that forbids me to receive Holy Communion? Have I prepared myself by fasting for at least an hour?" The practice of indiscriminately presenting oneself to receive Holy Communion, merely as a consequence of being present at Mass, is an abuse that must be corrected (cf. Instruction "Redemptionis Sacramentum," nos. 81, 83).

2. The Church teaches that abortion or euthanasia is a grave sin. The Encyclical Letter Evangelium vitae, with reference to judicial decisions or civil laws that authorise or promote abortion or euthanasia, states that there is a "grave and clear obligation to oppose them by conscientious objection. [...] In the case of an intrinsically unjust law, such as a law permitting abortion or euthanasia, it is therefore never licit to obey it, or to 'take part in a propoganda campaign in favour of such a law or vote for it'" (no. 73). Christians have a "grave obligation of conscience not to cooperate formally in practices which, even if permitted by civil legislation, are contrary to God's law. Indeed, from the moral standpoint, it is never licit to cooperate formally in evil. [...] This cooperation can never be justified either by invoking respect for the freedom of others or by appealing to the fact that civil law permits it or requires it" (no. 74). 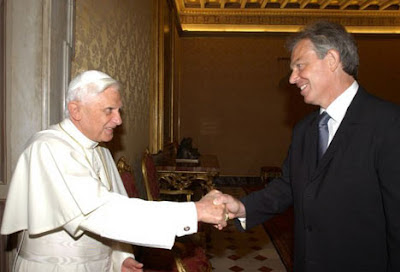 3. Not all moral issues have the same moral weight as abortion and euthanasia. For example, if a Catholic were to be at odds with the Holy Father on the application of capital punishment or on the decision to wage war, he would not for that reason be considered unworthy to present himself to receive Holy Communion. While the Church exhorts civil authorities to seek peace, not war, and to exercise discretion and mercy in imposing punishment on criminals, it may still be permissible to take up arms to repel an aggressor or to have recourse to capital punishment. There may be a legitimate diversity of opinion even among Catholics about waging war and applying the death penalty, but not however with regard to abortion and euthanasia. 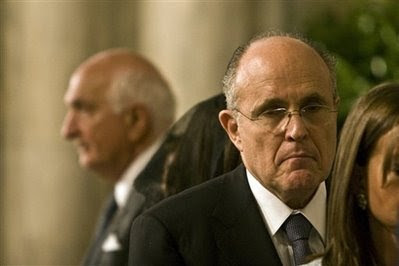 4. Apart from an individuals's judgement about his worthiness to present himself to receive the Holy Eucharist, the minister of Holy Communion may find himself in the situation where he must refuse to distribute Holy Communion to someone, such as in cases of a declared excommunication, a declared interdict, or an obstinate persistence in manifest grave sin (cf. can. 915).

5. Regarding the grave sin of abortion or euthanasia, when a person's formal cooperation becomes manifest (understood, in the case of a Catholic politician, as his consistently campaigning and voting for permissive abortion and euthanasia laws), his Pastor should meet with him, instructing him about the Church's teaching, informing him that he is not to present himself for Holy Communion until he brings to an end the objective situation of sin, and warning him that he will otherwise be denied the Eucharist.

6. When "these precautionary measures have not had their effect or in which they were not possible," and the person in question, with obstinate persistence, still presents himself to receive the Holy Eucharist, "the minister of Holy Communion must refuse to distribute it" (cf. Pontifical Council for Legislative Texts Declaration "Holy Communion and Divorced, Civilly Remarried Catholics" [2000], nos. 3-4). This decision, properly speaking, is not a sanction or a penalty. Nor is the minister of Holy Communion passing judgement on the person's subjective guilt, but rather is reacting to the person's public unworthiness to receive Holy Communion due to an objective situation of sin. [It would imply that a priest might reasonably presume a bishop or pastor had done his duty with regard to instructing and warning a prominent politician in this situation and therefore the priest must refuse Holy Communion.]

[N.B. A Catholic would be guilty of formal cooperation in evil, and so unworthy to present himself for Holy Communion, if he were to deliberately vote for a candidate precisely because of the candidate's permissive stand on abortion and/or euthanasia. [or more seriously to vote for such a law as an MP or Government Minister] When a Catholic does not share a candidate's stand in favour of abortion and/or euthanasia, but votes for that candidate for other reasons, it is considered remote material cooperation, which can be permitted in the presence of proportionate reasons.]
reproduced as part of article by Sandro Magister
at May 02, 2008

Thank you Fr.,for these notes.I suppose that in a sense, we would all consider ourselves to be unworthy of this greatest of God's gifts to us-that of Himself,in the Person of Jesus Christ, present in the Holy Eucharist.What is supposed to happen when a single Catholic marries (civilly) a divorced non-Catholic(Greek Orthodox)? I see that both at present, receive Holy Communion, the P.P. having sanctioned this, as the Catholic Party has "done all they can" to maintain their Catholic faith and identity.One wants to be generous to all who live in irregular situations, but I don't understand how it is that Canon Law can seem to be interpreted in this way.
On a separate note,has the practice of intinction been approved? Years ago, as an Extraordinary Minister of the Eucharist,when I asked our Bishop about this, he replied that we don't have to do everything that Rome says.
Sorry to bother you with these questions, and thank you for an inspiring blog!

The terrible thing is that a lot of modern Catholics will think that this is really hard line instead of seeing the depth of the author's charity and acceptance of evrybody's free will.

There is also the issue of scandal. When we do something that could possibly lead another into sin it is a very grave matter.

It is one thing to take the path that leads to eternal damnation, but to lure others to join you is reprehensible.