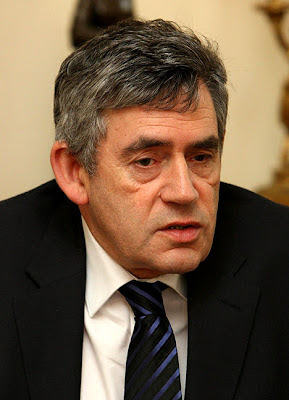 (CWNews.com) - British Prime Minister Gordon Brown has postponed debate in Parliament on the Human Fertilisation and Embryology Bill, in a surprise move that is evidently intended to avoid antagonizing Catholic voters in a key constituency.
The Labor Party leader postponed discussion of the controversial bill-- which has been roundly criticized by Catholic Church leaders-- until the fall. The Human Fertilisation and Embryology Bill would expand the legal limits of embryonic stem-cell research and allow for the creation of "hybrid" embryos combining human and animal tissue. Proposed amendments would also ease the limits on legal abortion.
Prime Minister Brown made the strategic decision to postpone a potentially emotional debate on the legislation as his Labor Party faced a crucial by-election in Glasgow East, a heavily Catholic constituency, on July 24. The debate will now be concluded after that election is decided.
Led by Edinburgh's Cardinal Keith O'Brien, Church leaders in Scotland have been outspoken in their opposition to the new policies that would expand embryonic research and allow more late-term abortions.
at July 13, 2008

That gives us three months to get the troops back in line and another chance to get it right.

Who does Brown think he is fooling?