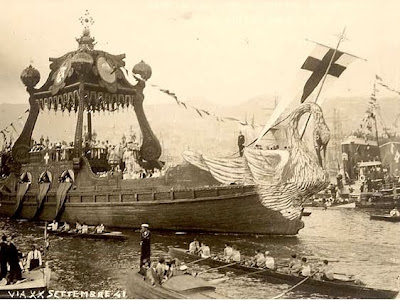 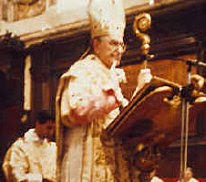 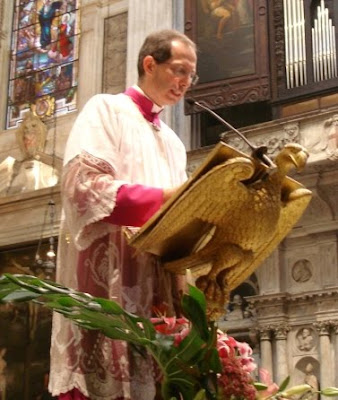 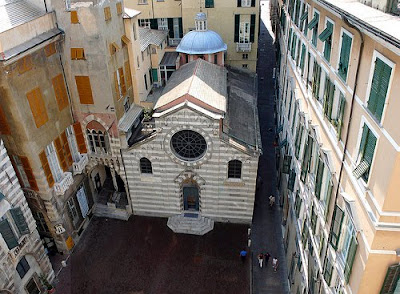 I am away until late Friday. I'll be too busy blog. I am going to Italy, here are some clues as to where.
Kudos points if you can identify the pictures. For some this will be a piece of cake.
at October 18, 2009

You're not sailing to Italy in that boat, are you!

Yay! Are you going to Genoa perchance?

Genoa - Siri gives it away

Methinks you are going to Genoa. As to the pictures I suggest Cardinal Siri, Monsignor Marini (current Papal MC) and the church of Sant'Agostino. The first one I'm not sure of - anything to do with Lepanto?

Father will be riding at the back of the swan.

I have no idea about most of them but am especially curious about the first. The last one isn't the Little House of Loreto is it?

Genoa. The bottom one is San Matteo; I think the other two pics of ?John Paul I and Marini are in the Cathedral. Can't see the one of Luciani very clearly - not sure whether he's there as pope or patriarch of Venice. If latter, trick photo to make you think the ship is in Venice?! Was the ship made for a film or is it some Genoese celebration?

I spent a few hours in Genoa once before boarding the ferry to Barcelona. Don't think it runs any more - Cangeru line!

Have a great trip, Father!

Looks like Genoa, dear Father, where I hope myself some day to go.

Have a blessed time in Genoa, Father!

The ship was useed in a pre-war water bourne Eucharistic procession, for the Blessed Sacrament.

Ah, Siri, not Luciani! But they do look quite similar, I think.

Apologies, Father, for suggesting you may have been trying to trick us!

I'd love to hear more about the 'pre-war water bourne Eucharistic procession' sometime, if you have the time.

Was it built specially for the Procession? Does it still exist (and if so, could you borrow it...)? How often was it used?

At first I thought you were off to Venice, with the ship being the Doge's barge for the ceremonial "wedding" of the City to the Sea, but Cardinal Siri and Mgr Marini gave it away as Genoa. And of course the ship is flying the Cross of St George, ancient symbol of Genoa (and borrowed by others...)

Hope you had a good time out there.