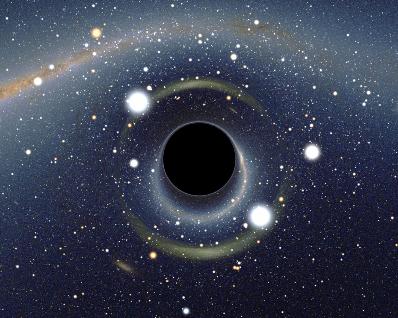 Living in one of the Casa de Clero in Rome, even for short time, means that despite one's best efforts one hears gossip.
I was a little surprised that three or four Curial officials implied or said outright dealing with the English heirarchy was incredibly difficult, much more difficult than most of the worlds heirarchies.
One conversation contained the following rant... "We write gentle letters, they ignore them". "We insist more strongly, they acknowledge receipt of the letter but we hear nothing more". "We press for the resolution of a matter, they respond by saying they will be brought it to the attention of the relevant Bishop's Conference or Diocesan Committee."  "We ask 6 months, a year later, if the matter has been dealt with, invariable the response is, "not yet", it goes on and on".
"England and Wales" , someone else said, "is the black hole".
"Does the Pope know that?" I asked.
I got wry smile, "As Prefect, he spent 20 years waiting for England and Wales to respond to him, suffering the same frustration as the rest of us, maybe now he is Pope, finally...., but then he is only Pope".
at January 15, 2010

It is sad and confusing that the hierarchy of cardinals, bishops and priests would ignore the Vatican as you describe. But then to be fair, this state of affairs happens in other denominations too, not just our Catholic Church.

Can you imagine Jesus asking something of His disciples and they just ignore Him and do something else?

dealing with the English heirarchy was incredibly difficult, much more difficult than most of the worlds heirarchies.

One would almost think that these recalcitrant bishops chose and appointed themselves!

Rome appointed them and if Rome didn't do their homework re the background of these men then Rome is to blame. These men didn't become disobedient to Rome when they were consecrated bishops; they were disobedient priests.


OK if Cardinal Ratzinger had 20 of experience with these bishops what is Pope Benedict going to do about them?

As always my main concern are the "little ones" who have been led astray and whose salvation is perhaps in peril.

PErhaps if the pope could start retiring a few people the remaining powers that be would DO SOMETHING?

Just a thought. Kind of like a highway patrolman hauling speeding teenagers out fo the car and kicking then up the backside: "that was an ATTENTION getter."

Maybe people in the Vatican ought to "man up" and stop being wussie boys. Time for the Vatican to stop simpering and hand wringing.

It's the British way but nice to get confirmation that one is not going mad. Haven't you noticed when you have had dealings with the local council, any government department, the bus company, British Rail, almost any organisation one cares to mention.

Just as well the Bishops have no army or they would cook up a dodgy dossier and send in the troops to get a regime change in Rome.

And we wonder why the Anglicans are cautious in wanting to join.

It may not be a coincidence that Bishop Crowley submitted his resignation and that a coadjutor has been appointed at Shrewsbury. The length of time taken for the appointment at Westminster could also have something to do with the matter.

In the next couple of years, about five bishops are due for retirement. The bishop's conference could look very different before too long.

Can anyone say they are surprised?

I thought not... alas the ghost of Paul VI is still alive and well in the English Conference of Bishops.

Perhaps the Holy Father should reinstate the Leonine Prayers to be said after all Masses including Novus Ordo.

But instead of praying for Russia let us pray for England

O Blessed Virgin Mary, Mother of God, and our most gentle Queen and Mother, look down in mercy upon England the Dowry, and upon us all who greatly hope and trust in thee. By thee it was that Jesus our Saviour and our hope was given unto the world: and He has given thee to us that we might hope still more. Plead for us thy children, whom thou didst receive and accept at the foot of the cross, O sorrowful Mother. Intercede for our separated bretheren, that with us in the one true fold, they may be united the chief shephard, the vicar of thy Son. Pray for us all, dear Mother that by faith, fruitful in good works, we may all deserve to see and praise God together with thee in thy heavenly home. Amen.

"dealing with the English heirarchy was incredibly difficult, much more difficult than most of the worlds heirarchies."

Try Japan. Talk about difficult! 30 years ago, less than 5% of South Korea was Christian. Today, almost 30% are. Japan has a Christian population of less than 1% and it's been this way for more than 200 years! What are the bishops doing here in Japan?! They make the English bishops look almost evangelical!

I hope the Pope's visit to England in September will bring some nice surprises for those in power in the UK.

"As always my main concern are the 'little ones', who have been led astray and whose salvation is perhaps in peril" (Norah).

Yes, that's exactly the point - and the worry.

Is there any Welsh blood about? :-)

Let's pray and put the word out for a good Shepherd for Southwark archdiocese.

Norah;
fortunately, those who follow the Bishops are not in peril of their souls by doing so - but the Bishops undoubtedly are if they lead them astray . . . remember Our Lord's words on that point !

Terry;
to be fair, there are other problems in Japan - for example, if you add up the percentage figures for the various religious adherences in the Japanese census, you'll find it comes to over 100% ! They just have a very strange take on religion; because proselytism is inherently socially unacceptable, and 'the nail that sticks up gets knocked down', which is why growth there is inherently 'soul by soul, and silently' : but I understand that the Japanese Church is, nonetheless, still quite sound, if rather 'modern'.

Those "little ones" who are given watered-down catechetical instruction are being led astray. Does that in no way represent a danger to their souls in later life?

Was it any different in the Middle Ages? Perhaps such behaviour is traditional.

I keep wondering - where are the faithful English Catholics that endured centuries of hardship as oppressed yet faithful citizens, the folk who lived under constant threat of imprisonment and torture for keeping the Catholic Faith, the folk who outwitted their persecutors?

The worse thing that ever happened to English Catholicism is when the persecution began to lift and English Catholics became limp and now more resemble their worldly protestant and agnostic brethren.

Perhaps, as the cloak of darkness once again descends over the UK, English Catholics will rediscover what it means to be a real Catholic: fully faithful to God and His Church.