Josep Samsó i Elias to be beatified 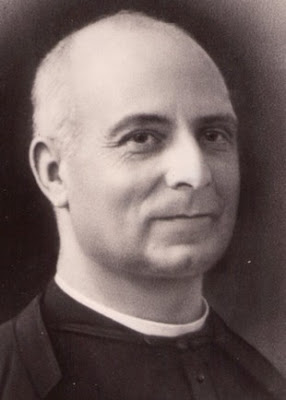 The Holy See has announced the beatification of the martyr Josep Samsó i Elias, killed for the faith during the Spanish Civil War.


Father Samsó was imprisoned in 1936 because he was a priest. He did not let his incarceration halt his prayer, however, following a strict schedule that enabled him to read his breviary, meditate and organize moments to pray the rosary in a way that the guards did not catch on.

He also heard the confession of some of those detained, becoming a catechist and apostle for all, always affable and encouraging, and sharing with prisoners the things that visitors brought him.
His captivity ended with his death Sept. 1, 1936.
The morning of his execution, he took leave of his fellow prisoners with his usual "God above all" and, with his hands bound, was taken to the cemetery of Mataro.
After going up the steps, he asked to be unbound and wished to embrace those who were going to kill him.
He told them that he forgave them as Jesus forgave those who nailed him to the cross.
When they tried to cover his eyes, he asked that they not, so he could die looking at the city of the faithful whom he so loved.
Father Samsó offered his life to Christ with serenity and died with words of forgiveness for his executioners.

I wish I could become like him, all the time and not just during moments of feeling sweet sentiments.(eg; when everythings going my way!).

Should that day ever come for me, I pray that I could be as brave and priestly.

One never knows what one can do in the Hour of Trial until one gets to it . . . God sends us strength to suit our trials, remember, not trials to suit our strength !

Amazing how people still vilify General Franco, in light of all the atrocities the Reds committed.