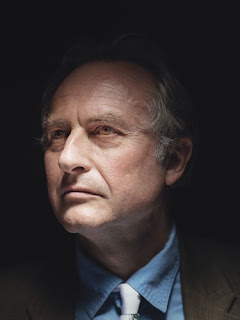 So what is the difference?


"Not one crime is lacking from perjury through incest to sexual murder ... Behind the walls of monasteries and in the ranks of the Roman brotherhood what else may have been enacted that is not publically known and has not been expiated through this world's courts? What may not the church have succeeded in hushing up? All this is the expression and consequence of a system that has elevated unto a principle that which is against nature and of an organisation that has withdrawn itself from public control."
Heinrich Himmler

"No, Pope Ratzinger should not resign. He should remain in charge of the whole rotten edifice – the whole profiteering, woman-fearing, guilt-gorging, truth-hating, child-raping institution – while it tumbles, amid a stench of incense and a rain of tourist-kitsch sacred hearts and preposterously crowned virgins, about his ears."
Richard Dawkins

Genocidal Xenophobia is all around us,the only defence we have is through the Church.

The EVIL wat is always the simplest way out of any problem.

Bumping off the sick & aged might solve some BUSINESSMANS pension problems for the moment but it will not save the Planet no more than not using carrier bags.

These NAZIS will not win,there was evidence yesterday when the Pews were filled more than usual in St Mary Magdalens and probably around the WORLD.

Our strength will defend us against the Porn-Mongering British Press and the likes malcontents like Dawkins.

Edward Heath met SS chief Heinrich Himmler before the Second World War and commented afterwards that he was the most evil man he had ever met.

If Richard Dawkins doesn't repent, he will likewise perish.

How nice to read appraisals from such unbiased and well informed critics!?!?!

Yes, the hounds are certainly baying and the wolves circling the flock and the Holy Father.
As more evidence of the slant of the media against the Holy Father and those around him, the Vaticanista Andrea Tornielli has highlighted another instance.

An article in the Italian newspaper La Repubblica was reconstructing the meeting in Munich in 1980 where the German abuser priest was given permission to temporarily reside within the archdiocese while undergoing therapy. In a not-so-veiled attempt to implicate Pope Benedict’s secretary Mgr. Georg Ganswein in a ‘cover-up’ the writer opined that: “perhaps he just ‘happened’ to be absent from the meeting and didn’t know anything either…”

But, any stick to beat the Church and the Holy Father. Why let the truth get in the way of a good conspiracy theory. Spewing vitriol and failing to check the facts is not confined to Maureen Dowd, Christopher Hitchens, Richard Dawkins and The New York Times…

More prayers for our Holy Father and the Church!

Fantastic article on spiked on why humanists should not take part in the current obsessive round of Catholic bashing:

Compare (similarities)
Both are liars

Contrast (differences)
Dawkins resorts to visual imagery and rythmic prose style to discredit The Bride of Christ. Himmler resorts to "guilty until proven inncocent" rhetoric and the age old use of "public" aka "de peeeple" to cover his unlawful desire to confiscate Church property and bring it under Nazi control. Same old, same old.

Let us pray for the Holy Father and the Church at this testing time : but let us also pray for Richard Dawkins et al - because unlike them, we aren't in the business of trying to destroy people . . . we're meant to be in the business of saving them !

When we`re not in the state of Grace, our intellects are darkened.
It shows!

Both "statements" are from the one source: the pit of Hell.

What cold and merciless eyes he has.