I have signed the petition! 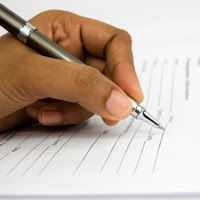 I have signed the petition against Government Led Sex Education, by doing so I fully acknowledge I am criticising the bishops of England and Wales. I also urge everyone who reads this blog to sign too.
I added the comment: The Apostles were sent to teach the nations, when they are silent they deny their mission.
Yesterday I had gave an interview to someone from the Tablet, I know....! They wanted to ask me about what I said about Venables, presumably to get on the band wagon, I refused to discuss that except to say I thought that speaking of compassion was a priest's job. I had just written the last post in which I end up by speaking about the "Silent Church", so I spoke about the need  for the bishops to communicate, to teach, not just to give their opinions. Joe Bloggs or Austen Ivereigh can do that, but they are the successors of the Apostles, which if they faithful bearers of The Tradition, gives them the authority of Christ himself.
God has given us his bishops my criticism of them is simply that they do not teach, they don't proclaim the Gospel from the rooftops, "in season and out of season".
Silence is the greatest vice in the Episcopacy today. We have seen how silence and cover-up is actively destructive of the Church in Ireland recently. I think the years of skirting around the edges of the faith and morals over the past decades have been equally destructive of the Church in England and Wales.
The silence over this education bill might be politically useful in negotiating with the government but Christ didn't commission the Apostles to negotiate but to preach and proclaim.
Posted by Fr Ray Blake

God Bless you Father,and thank you.I guess we all know what this has cost you.May our great Lady of Walsingham,Queen of England be with you.

I saw the news of your signing on a home ed list I am a member of, and I was interested as to your reasoning. Thank you for explaining, and also for the courage to examine your thoughts and change your mind. I think I will see if I can contact our Bishop and see what he says about the issue. It is very perplexing and troubling to me to hear so much "against" the Bishops and not hear anything from them...maybe to them it is not a big issue? But it must be surely - to say a teacher in a Catholic school can tell people where to go to have their baby killed? Thanks for making me re-think my position, Father.

One of the occupational hazards connected to the responsibilities of being a Bishop is that silence could be a mortal sin, though in a lay person all other things equal it might not be.

If a Bishop heeds the prophetic voice of a simple priest, it could well be disclosed at the last Judgement that he helped to save an episcopal soul.

Well done Father! Be assured of my prayers.

Well said, Father. May God richly bless your witness to His Church.

I am most humbly moved by your integrity and honesty Fr Ray, and thank you from the bottom of my heart, having just watched the BBC newsnight of 9th March on iPlayer. Every act of humility on the part of us Catholics both clerical and lay is needed to bring back Faith to the world. May God Bless you in abundance!

"Christ didn't commission the Apostles to negotiate but to preach and proclaim."

Radical stuff Father! You remind me of someone who spoke in a very similar manner.....Who was/is it again? Oh, I remember, Jesus!

God Bless you and reward your faithfulness to the Truth.

You are courageous Father. Thank you for your witness may it encourage others. I grew up in the silence of moral teaching in England and Wales when I discovered what the Church taught I realized how I had been deceived. Yes, silence on all that is essential for salvation is just that deception.

Well Fr. Ray, your parishioners really are a sycophantic lot!!!!

Father, You say that by signing the petition you are criticising the Archbishops and Bishops of England and Wales. Are they not somewhat overdue for some well-informed criticism? Have they not driven a coach and horses through the principle of clerical obedience? (Suggested answer: Yes)

James (11/3/10 :53pm) You are definitely in the running to lift the gold for irrelevant and shallow wastage of virtual space. Either you don't know the person you are sneering at or there is a distinct (but explicable) lack of sycophancy in your present life. Get a better one.

Well done, Father! Whilst I respect the scrupulous care you have taken over this, I still do not believe that asking the bishops to fulfil their duty by taking a particular course of action need be seen as criticism of the bishops.

If they agree with the points made, the worst charge that can be levelled at us is one of presumption. I am happy to be thought presumptious, if the corollary is episcopal unity when the Faith is under attack!

If the bishops do not agree with our position, then it is vitally important that we state it clearly.

I don't care what anyone else thinks of me but I have to tell you Father: I'm sitting here crying !

I just cannot believe it's come to this.
When Jane M-F reported their Lordships' absence from the Papal oecumenical vespers to which they were invited - we went hunting for reasons...
It's only a matter of weeks since the ad limina where His Holiness pleaded with his brother Bishops of this land to stand up for the faith and recognise dissent for what it is...

...and yet there's silence ; and in order for us to support the office of the episcopacy of this land we must request [and therefore axiomatically criticise] a response from those who are presently in abrogation of their Apostolic duties and their consecrated mandate to preach the Gospel , feed our Lord's lambs and care for His sheep.

Nobody wants this : But the alternate price is too high - for if we too were silent our very souls should be in jeopardy.

I don't understand what's happening; all we can do is run to the cross.

*Don't really want the following printed but I don't know how the moderating process works. *

[I know it might seem inappropriate father - but you mentioned Austen Ivereigh and wondered if you'd read his comments today in America magazine and on Ruthie Gledhill's blog - with friends like these?]

We only recently returned to the blog world having been away for various reasons.

We signed the petition and then watched this whole discussion unfold on your blog.

Adding a comment seemed superfluous as you were clearly being faithful to your conscience and it is truly sad that such a petition has to be raised in the first place. None of us should have been put in such a position where 2 key principles clash like this.

It would seem though that things have become so bad that it is a duty to speak out in defence of the Faith and of the rights of parents and children.

Every day we hear of fresh onslaughts on the dignity of children and on the Catholic Faith. We also have nephews and nieces who are not Catholic and worry about what kind of filth they are being forced to endure in schools.

What a shocking loss of witness to them the silence of our leaders has been.

As a man striving to live with Christian integrity - this must have cost you Father.

Nevertheless it would appear that you have chosen the better part - and this after due consideration of the alternatives.

Hopefully the petition may help to show that the Good News of Jesus Christ is still loved (by however small a number) in this once Christian nation.

May God bless you for all the sacrifices you are being asked to make by Jesus Christ in this crazy time.

I also have tears in my eyes as I read this Father. May God bless you; and may he strengthen our Bishops to speak up - or to tell us why they cannot.

I am pleased you have signed, Father, though I do understand your reluctance at first.

I have to admit that I signed early on encouraged by seeing another Priest/blogger's comments and then wondered if I had read it right when I saw your posting on not wishing to sign. It gave me quite a turn at the time!

Thank you for adding your name and appropriate comment to this important petition.

Um, James, we're not all parishioners but we recognise virtue when it's at home.

This is wonderful, encouraging news. I needed to read this.
Thank you Father!

I received a reply from Bishop McMahon's office re the Bill, and it is appeasement, pure and simple appeasement. This was the line that got me:
"In the face of a Government with a very large parliamentary majority, the CES considers that it gets the best results for the Catholic community by negotiation."

So thank you Fr Ray. God bless you.

Karen, I should imagine that compared to people who read this blog ny parishioners are actually a small part of the readership.

Many of parishioners are not "on-line". I don't think polls are that useful.

Why do I use the title of my parish as the title of this blog?
Because what I say here is part of my preaching, it is an extension of my pulpit and is a part of the commission to preach the Gospel given me at ordination and at my induction as Pastor here.

Political views: mine are formed by the Church's teaching.

May God bless you Father. How very urgently we NEED the teaching and encouragement of our Bishops.

Welcome aboard, Father, and well done for showing the humility necessary publicly to change your mind. Maybe you are criticising the bishops (they richly deserve it), but in making this public act you are showing loyalty to the Pope and the Catholic Faith.

Good on you for signing, Father. :)

Karen, most parishes print newsletters which bear the parish's name. I daresay quite often the contents of parish newsletters may not reflect the views of many parishioners, and that parishioners are not consulted regarding newsletter content. What exactly is your problem, then?

CES opinion is clearly wholly unrealistic : the American one is a lot more so - they call a Government in this position a 'lame duck' !

How can the Catholic Education Service or the Bishops claim "negotiation" as an excuse for silence at this time?

Parliament is due to be dissolved in a matter of weeks.

As part of that process, and with horse-trading between the parties, non-controversial Bills will be allowed to pass and difficult ones will, generally, be left until after the election.

If ever there was a time when kicking up a storm can de-rail a Bill, it is in the dying weeks of a Parliament.

Either they know little about Parliamentary conventions (in which case they should keep out of these back-room deals), or they are being disingenuous.