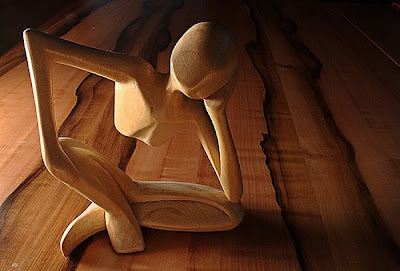 Apparently Patricia Hewitt was the General Secretary and Harriet Harman was the Legal Officer of an organisation who had this as a motion at its 1980 AGM!

Motion 31: This AGM notes with disapproval the continued harassment of the organisations Paedophiles Information Exchange and Paedophiles Action for Liberation, who are working for the rights of adults who are sexually interested in children. We affirm that the existance of these and any other lawful pressure groups should be threatened by neither press nor police.

According to The Dolphinarium it was Liberty, then the National Council for Civil Liberties. It is sickening, but as Red Maria says it is illustrative of what "liberal" society was willing to tolerate or even embrace 30 years ago. The NCCL was provacative but not cutting edge.
Is it also illustrative of the "clear sky" thinking that lies behind the equalities legislation and even Mr Balls' bill?
at March 16, 2010

Both of these people have been Ministers of the Crown and Harriet Harman is Deputy-Leader of the Labour Party and a likely candidate for the leadership when th present son-of-the-manse moral compass leader steps down.

"clear sky thinking"? more like pig sty thinking to me, Pigs sometimes devour their young too.

"clear sky", I meant without any attachment to anything, or any relationship with anything. Pigsty thinking, swillbin thinking, might have better, maybe.

Just to be clear, in case there might be any confusion, this horrendous motion came from people who might possibly be described as ‘liberal’ with a small ‘l’ but it has nothing to do with the Liberal Party. Maybe the title would have been better saying 'Liberty Motion' rather than 'Liberal Motion'.

Mike - the Abortion Act of 1967 was sponsored by David Steel, a prominent member of the Liberal Party, the secularising changes in law in that decade were advanced by Roy Jenkins, then Labour Home Secretary and later a Liberal Democrat. The present Liberal Democrats have a clear and consistent record of supporting most fashionable secularising NuLabour legislation. The Liberal Democrat MP for Oxford is particular prominent in secular causes. The time when the Liberal Party had a practicing Jew, Lord Samuel ,as its president ,and learned Catholics among it prominent spokesmen has long since gone.

I wonder how great was the overlap between the membership of the National Council of Civil Liberties and the actual Liberal Democratic Party?

Letter to the Editor of the Irish Times; Thursday, December 31, 2009

Madam, – Niall O’Donohoe (December 7th) referred to Prof Neil O’Doherty’s lecture in 1980 concerning sexual abuse of children and the resulting severe criticism Prof O’Doherty received for even suggesting such things were happening in Ireland of that time.

Now I feel strongly that it is in the context of that time and later that this issue should be studied and not the partially media driven witch-hunt and scapegoating of auxiliary bishops of Dublin past and present. Truth and justice is not served in such scapegoating.

As was revealed, of course serious errors of judgment were made by the church authorities, but they were made in the context of the time. This is not by way of making excuses for the great damage that so many suffered by these crimes of depravity committed by men who totally betrayed the scared trust given to them at ordination.

Less than 20 years ago most educated people had never heard of the word paedophilia. As far as I am aware, professional and statutory bodies did not know how to deal with the problem when it arose. The judiciary would give out suspended sentences with a warning to offenders. The social services and Garda would often ignore information given to them of allegations in their area. They were extremely hesitant to intrude into the privacy of a family where such abuse might be happening.

The psychological/psychiatric professions sent offenders on treatment programmes and would often certify such people back to their location, or ministry in the case of priests, not realising that a very high percentage reoffended.

Finally. the Department of Education more often than not ignored very abusive teachers in primary and secondary schools throughout the country for decades and teachers’ unions likewise did very little to remove such teachers.

It was only about 15 years ago, when survivors of abuse felt free to tell their stories and be heard in the process, that it finally dawned on society – and not just the church – how appalling a crime sexual abuse is and the great damage it has caused.

Of course one can say the leaders in the Catholic Church should have known better, but in the context of the time they unfortunately did not. They failed – as other professions likewise failed. If bishops have to resign, then, in justice, leaders of other professions and statutory bodies who made serious errors of judgment in this matter should likewise resign. – Yours, etc,

So they are priming our children for sexual abuse by adults.
Satan must be laughing at the number of souls he is collecting.
When are they going to bring down the legal age for sex to 6 months, as Alfred Kinsey would have liked.

Judith A. Reisman, Ph.D.wrote in the WorldNetDaily.com in 1999 that the National Association for Research and Therapy of Homosexuality (NARTH), noted that "the American Psychiatric Association already set the stage ... [in] the latest diagnostic manual (DSMIV), a person no longer has a psychological disorder simply because he molests children."
Thus the Academic Pedophile Advocates created psychologically normal" paedophiles.

The NARTH article concludes, "If psychology indeed recognizes consensual pedophilia as harmless, then civil law and social norms will be under pressure to follow the lead of social science as indeed they did on the issue of homosexuality."

And where better to prepare our little ones to accept, as normal, this horrific onslaught of sexual abuse but in primary schools.

'It were better for him, that a millstone were hanged about his neck, and he cast into the sea, than that he should scandalize one of these little ones'.

With all due respect Dr. Lewis, sexual abuse of children and, as is usually the case teenage boys(pederasty) is nothing new to humanity. Nor have we suddenly become aware of how awful this abuse of children is. This perspective is simply not true. Ask any elderly person in your circle and they would describe it as unthinkably despicable. The facts are we have had very little experience of it in the recent past. Since the perverted sixties, we have been faced with a dreadful watering down of Catholic teaching. This, coupled with the rampant abuse of media we have simply become a more sick and perverse society. In such societies the strong feed off the weak just as they did in pagan times. Just as they did in the aftermath of the French Devolution and English Deformation.

This claim that "I didn't know" is unbelievable. Canon Law had procedures for perverted behaviours. These were not applied as the Murphy report pointed out. What we had were Bishops who, through lack of Faith, failed to carry out their duties. Bishops who should have stepped down when they knew they were incapable of carrying out their duties.

Ma Tucker, while child abuse has always been understood as wrong, I think his/her point relates to the full psychological impact on the child. I have heard people who studied psychology decades ago report being taught that sexual abuse did not have a severe emotional impact on the child. Freud, mystified by finding such a high incidence of abuse among his subjects, also taught that a child was simply projecting his guilt about sexual issues onto adults.

Shane,
I appreciate we have my psychotic psychologists saying many stupid things. That is not in question. I was simply pointing out that Catholics know and knew and would always know that sexual abuse is an awful sin. That sexual abuse of children is an abomination. Catholics know that sin wounds and the more serious the sin the deeper the wound, ESPECIALLY in the case of children. Catholics have always and will always defend the innocence of the child. Since when have we taken the advice of perverted psychologists on this matter? Well, since we stopped believing in the reality of sin I would guess. For this reason I think we are dealing with a failure of Faith primarily.