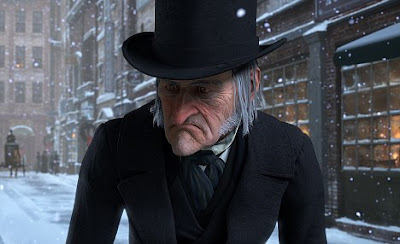 Following my post on the commercialise of Santa Claus and being truthful with children, one or two people accused me of Scrooginess and being an old misery, if it was you, you are most probably right! Yes, maybe I am being a bit self indulgent too.

This morning we discovered we had a robbery, nothing even worth contacting the police about, a couple of bits of silver and silverplate disappeared from the dining room , some of it had sentimental value and from the parish office a cash box containing £10 and some keys, which will have to be replaced and most importantly a years worth of receipts for our Parish Centre,  it is the irritation and nuisance not the value! At the moment the house has workmen from the church cleaning out asbestos having their tea breaks in the kitchen, there are also refugees cooking a Christmas lunch there. Earlier we had some rough sleepers in, we opened up the Parish Centre for them last night, so anyone could have done it.

The Church is a mess, it is dusty, there is electrical equipment all over the place waiting for asbestos to be removed before it can be installed, there is an "airlock" at the back of the church, a huge hydraulic lift in front of the Lady Chapel, in front of that there is scaffolding tower and in front of the Lady Altar itself are brackets for the lighting. The new lighting system should have been completed today, all this stuff should have been finished with, now it looks as though it is going to carry on until Candlemas.
There is no room for Christmas decorations at the moment, I don't even know if we can erect the crib and it looks as though the number of people unable to get into the Church during our late morning Mass and Polish Mass will be excessive and because of the unexpected work our bank account is leaking money like an old sieve.
So taking a leaf out of the great Fr Z's book: anyone got any good news?
at December 17, 2010

Yes..you are a great priest & we love you!

Sorry Father, you did not deserve the Scrooge title - and I was one of your accusers!
Prayers and a bit of cash on the way.

Chin up Fr Ray. There is light at the end of the tunnel - although that might be the light of an oncoming train! ;-)
I've also thrown some cash in your direction. Who needs such a big turkey anyway? I'm sure you can make better use of the money.

My son has just learnt to serve the Usus Antiquior, he is twelve, he also has Downs.
I hope that cheers you up, it does me.

Sorry for your troubles, Father. All I can offer at the moment is prayers.

Lucas - I congratulate you and your son from the bottom of my heart!

Aw Father. Sorry to hear about the stolen items. Whoever stole them must have been pretty poor in spirit and I pray for them. Christmas may come and go but the work you are overseeing on St MMs is not just seasonal and will endure. A crib would be lovely, but a happy parish priest is priceless! God Bless, Gigi

Fraternal prayers for a joy-filled Christmas. Jesus was born in a messy situation just like yours! He's there among the refugees you've welcomed and the workmen having tea in your kitchen.

Dear Father,
Not only are you loved by God (Who sometimes treats His friends badly as St Teresa of Avila complained) but by the many who would be poorer without your blog.
You let the stolen items go without rancour, and so you will receive back a hundredfold in this life.
Remember, the devil tempts us most horribly when and because we are effectively working against him. A peaceful life continues for those who are on course for damnation. May God give you strength, and His Immaculate Mother support you with her protection.
Ad Multos Annos!

It will all pass and soon you will have a church that can render glory to God and life will carry on. There are good Anglican vicars who may soon be churchless and homeless; there are priests all over the world who do not know whether they will have a church at all next year. However bad things seem, they could be worse!

An overcrowded church sounds like good news. How about trying to rake in some zloty?

Oh what a bummer. At least you know it couldn't have been Fr. Christmas.
Seriously, it's worse when something lost or taken has sentimental rather than monetary value.
For practical reasons it might be worth taking photos of the items you wouldn't want to lose or mark them in some way. Then you could circulate the details to some of the dealers in Brighton.
One day you'll see the finishing line for the restoration work. If it's any consolation I was involved in similar, but on a much cmaller scale, and what I thought would be wrapped up in six months somehow morphed into two years. it was like paddling in treacle.
The good news is that it does come to an end!
I say the Memorare for you every day and so it's a given that Our Lady will look after you. I also have a few words with Mother Riccarda.
I am sure you've heard of wedding showers and baby showers. How about a St Mary Magdalen shower in the New Year, (disguised as a blognic?).
I can't do better than reiterate what Jackie said in the first post. It is, quite simply, true.