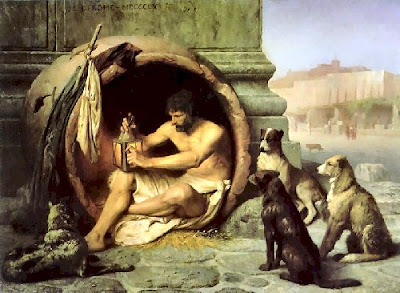 Diogenes brought a little smile to my face with this: I suspect he had the New York Times in mind but it could apply to the Times, Guardian, Independant or the BBC.


Act I, Scene I: The newsroom of a major metropolitan daily

Reporter: Hey, boss! We’ve got a story here. Says the Pope might have allowed a priest who was accused of abuse to work in a parish while he was Archbishop of Munich. What should we do with it?

Editor: Did the Pope personally assign the priest to parish work?

Reporter: No; his vicar general did.

Editor: Did the Pope know about it?

Reporter: No evidence of that.

Editor: Did the Pope know this priest at all?

Editor: Did this priest abuse other kids while the Pope was there?

Reporter: No evidence of that either.

Reporter: Hey, boss! Another story about the Pope. Seems that he didn’t laicize a priest from Milwaukee who was accused of abuse.

Editor: Was the Pope responsible for laicizing this priest?

Reporter: No; the local archbishop had the authority to do it.

Editor: Did the Pope stall the disciplinary process?

Reporter: No; the local archdiocese waited 40 years to do anything about it.

Editor: Did this priest abuse other kids after the Pope decided against laicization?

Reporter: No, he was old and sick by then. He died a few months later.

Reporter: Hey, boss! Here’s a different story on the Pope. Says that he was pushing for tougher disciplinary action against abusive priests.

Editor: Was this recently?

Editor: You mean back when all the other bishops were hiding these abusers, he was trying to get rid of them?

Reporter: That’s what the documents say.

Editor: So he was really leading the charge against abuse all along?

Priceless!. But sadly all too true