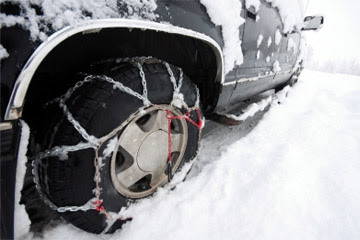 Paul, the Whistle has been cogitating on Hope.
For Christians hope is fulfilled in Jesus Christ, already God's promises are fulfilled and will be fulfilled. Hope tells us that God will triumph.

It strikes me that the great problem for Catholics is not so much a crisis of Faith but a crisis of Hope, a sense that the world is not under God's control, that his promises will not be fulfilled, that the flock has been deserted.
Most significantly the crisis of Hope shows itself in the lack of an impetus for Mission. Here is the connection between Faith and Hope most clearly spelt out, the great missioners from the time of the Apostles onwards had Faith in the message of Salvation they had to proclaim, Hope gave them courage to proclaim it, to risk everything, even failure and to realise the supreme value of doing so.

Hope gives Faith traction. Liberalism saps Faith of Hope and renders Faith as something “notional”. So many in the Church would claim to be able to sign up to everything the Council of Trent said about the Eucharist but unless our believe drives us to our knees in the belief that as unworthy we are, that the mere saying of the word by the Lord is transforming and healing, that Faith is merely “notional”, ultimately merely a good idea. Hope drives us to a realistic expectation of this healing for ourselves and for others, it gives us the expectation that God will act, that God is on our side and with us. Likewise Baptism, it is fine believing what the Church teaches but what is that gives us the impetus to “Go out to the whole world and baptise ...”?

Advent offers us similar readings to the ones presented in the pre-Advent period, the difference is the spirit in which we read them. In Advent we read them not in dread of judgement but in expectation that our Saviour is coming soon. Hope-lessness takes away our enthusiasm even to speak about Salvation, it eats away at the Gospel, at the sacraments and the priesthood too.

Hope is perfectly expressed expressed in the Magnificat:
My soul doth magnify the Lord.
And my spirit hath rejoiced in God my Saviour.
Because he hath regarded the humility of his handmaid;
for behold from henceforth all generations shall call me blessed.
Because he that is mighty,
hath done great things to me;
and holy is his name.
And his mercy is from generation unto generations,
to them that fear him.
He hath shewed might in his arm:
he hath scattered the proud in the conceit of their heart.
He hath put down the mighty from their seat,
and hath exalted the humble.
He hath filled the hungry with good things;
and the rich he hath sent empty away.
He hath received Israel his servant,
being mindful of his mercy:
As he spoke to our fathers,
to Abraham and to his seed for ever.
at December 14, 2010