A Syllabus infallibly condemning "the misinterpretation of the Vatican Council II" 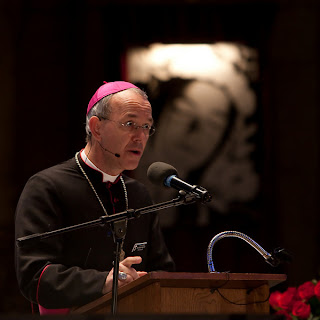 The Blessed Pope John XXIII said that there had been enough condemnation, Vatican II would issue none and that despite issuing Dogmatic Constitutions the Council was actually a "Pastoral" Council.

I suppose what he meant was that we were expected to read the documents rather than a summary, which in the case of VII didn't exist, in a series of condemnations, which every previous Council had produced.
The Vatican Council produced some wonderful documents especially on the Word of God, identifying what we mean by inspiration and the relationship of the Bible and Tradition, and the Church, which speaks so eloquently about the necessity of the Catholic Church and its relationship to other churches and ecclesial bodies.
The reat problem with VII is that it can be read both as continuity and rupture with the Catholic Church, Gaudium et Spes can for example be seen to contradict Lumen Gentium and because so many of the documents are lengthy and dense it is easy to read short phrases out of context. Following the Council many "enthisiasts" like Annabile Bugnini seemed to take charge of the interpretation of the Council, putting a gloss on it that would appear to be totally a variance with what the Council Fathers had intended.

Last week, at a conference organised by the Friars of the Immaculate in Rome Bishop Athanasius Schneider called for a "Syllabus infallibly condemning "the misinterpretation of the Vatican Council II".


Because, according to Bishop Schneider, only the supreme magisterium of the Church (the Pope or a new ecumenical council) may correct the abuses and errors arising from the Council and correct its understanding and its reception in the light of Catholic tradition. Responding to a request for clarification, he caused the scholarly gathering to burst out laughing by stating that it was not possible to convene a council for another 500 years. It is left therefore, to the supreme magisterium of the Pope. Hence his call for a new Syllabus that would list the condemned errors side by side with their orthodox interpretations.

Already this seems to have been one of the objects of this Papacy, and the work of Joseph Ratzinger previously. It began in 2000 with the publication of Dominus Jesus and has continued with constant clear teaching of the "hermeutic of continuity", notably in his address to the Curia in 2005.

Though I doubt we will ever have a document which states it is an "infallible" syllabus, the talks to reconcile the Priestly Fraternity of Saint Pius X are likely to result in something approximating Mgr Schneider's hoped for syllabus.
at December 20, 2010

... the necessity of the Catholic Church and its relationship to other churches and ecclesial bodies.

I was pretty sure that Our Lord only created one church on St. Peter, the rock.

The problem with the documents is that they do not express the clarity of other documents from previous councils. That and together with PC language (e.g. ecclesial bodies instead of heretics, the "esteem" the Catholic church holds for other religions despite what they teach is objectively false, etc) has rendered them rather useless to the average lay-Catholic.

The fact of the matter is that Vatican II was convoked at the worst possible time in history i.e. 1960s. The documents permeate with naive optimism, which is not surprising since Europe had just recovered from World War II and the Holocaust was still fresh in many people's minds. The final nail in the coffin, would be the election of Paul VI (an indecisive man, whom John XXIII nicknamed "Our Hamlet") to the papacy, which was already a melting pot for overdone ultramontanism. Thus, the perfect ingredients for the "misinterpretation" of Vatican II.

Some authoritative guidance in the form of a summary sounds like a good idea, especially if it could clearly distinguish between true and false interpretations.

"If one is looking for a global diagnosis of the text [of Gaudium et spes], one could say that it (along with the texts on religious liberty and world religions) is a revision of the Syllabus of Pius IX, a kind of counter-Syllabus ...."

By Joseph Card. Ratzinger as he was then.

Three things are brought to mind:

The first is a short poem, by Charles Markham, that I learnt as a child:

"He drew a cirle that shut me out-
Heretic, rebel,a thing to flout.
But love and I had the wit to win;
we drew a circle that took him in."

Another is a quote attributed to the great Augustine of Hippo:

The last is one shared by a priest friend:

"You'll catch many more things with honey than with vinegar."

I am certainly in favour of Truth but it should always be spoken in love. We have had enough condemnations in the world.

"...I am certainly in favour of Truth but it should always be spoken in love. We have had enough condemnations in the world..."

A poor man once told me when I was a child:

"Whenever you stick your butt in, you cease to see the Truth."

I just got rolled across the coals by a Sacristan that had love as the last thing on his mind. He spoke Truth, I listened.

If you are so thin skinned you have to have statements made to you wrapped in tissue paper political correctness, the only thing you will hear are lies of the Devil.

Clarification need not be the same as condemnation.

"the talks to reconcile the Priestly Fraternity of Saint Pius X are likely to result in something approximating Mgr Schneider's hoped for syllabus."

I pray for this intention every day.

"St Michael". The point is nothing about the thickness of one's skin or political correctness (however that may be understood in the US). The point is Christ.

Christ always spoke the truth, but He did so in love and we must strive to emulate this in our own speech and action. When one reads the Gospels we see that Christ unfailingly spoke with compassion and sometimes a gentle firmness to those considered sinners. There was never condemnation. His parables in which these outcasts, these heretics, these sinners were the 'heroes' must have infuriated His 'respectable' listeners.

In fact, the only people to whom Christ spoke harshly were the self-righteous and that is something I find well worth remembering. Truth: yes, but with compassion rather than condemnation; just like Christ.

To parepidemos (such an interesting choice of name) I think you hit the nail on the head about following the path of Jesus and thank you for reminding me of that poem. I too learned it as a child. RJ is right that clarification does not have to be condemnation.

To Martial. Like you I pray that the schismatic SSPX will return to the church but while they have people like the idiotic Bp Williamson it is very unlikely. Anyway I don't think that we should compromise the doctrine of the church just to make them feel comfortable. It's the SSPX who are wrong not Catholicism and for all his niceness I don't think that B16is anyone's fool.

It has prevented many souls from gaining salvation, and prevented that many more from speaking Truth.

The enemies of Christ that surround me here in the U.S.A. are not unlike those in the U.K.

I tell them where they are going and how fast, and if they don’t like the Truth, they can slither back into their holes and cuddle their queer lovers.

While in my presence I demand they curtail their homosexual liberal agenda they wear on their sleeves and interact with me in a calm, respectful manner.

Some have approached me privately and asked me many questions they have about the state of their souls, or that of their loved ones.

On a trip back from Mexico in example, after hearing a conversation between myself and our driver, a man asked me if it is possible to be forgiven for murder.

I told him the terms and conditions a Priest during confession would place upon him, and he seemed quite relived for some reason.

People are looking for Truth, and if you only speak the language of Caesar, only Caesar’s people will converse with you.

If you speak with the Truth in Christ Jesus, even the rocks and the stones will sing to you.