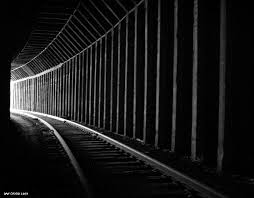 A Harvard neuro-surgeon went into a coma for seven days and came out believing in life after death. I am not convinced.
One of my parishioners almost died and had that "light at the end of the tunnel" experience. She had that experience but she didn't die, so again I am not convinced. Someone else had an experience of seeing herself  lying in a hospital cardiac unit and watching the medics resuscitating her.
I am not sure what these experiences are but they tell us nothing except these experiences seem common to people who are in extremis, they are interesting but not much more than that. I have never taken hallucinogenic drugs but I am told that they can have a similar effect. Whatever their cause they certainly not a foretaste of the life to come, and the prove nothing whatsoever.

For me, I believe in the Resurrection because I believe in a Father who loves me so intensely that he doesn't want to me to be separated from him for any reason -except by my deliberate own choice. For me human grief, the sense of loss, or mourning gives us an insight to the intensity God's own desire for us. It is desire that transcends the gulf between Creator and creature, between God and Man, that overcomes time and space, and even my deadness to Grace and even my own death, and the coldness of the grave.

I believe in the triumph of the Resurrection because I believe that God is my Father, that Jesus Christ has bridged the huge gulf between him and me and that the Holy Spirit despite my continual refusal of his Sanctification has been poured out upon me making me by adoption, what Jesus is by nature, a son. I knew someone who hadn't seen her father for many years - she had a dream one night and in it her father, estranged from his family for a longtime, was calling out to her, whilst the devil was growling, 'he's mine, he's mine!' She bashed her husband's face on the pillow next to her awake with the struggle of the dream. The next next morning a policeman knocked on the door and told her that her father had passed away. This is an experince for her that she retells, but it doesn't bring her back to the Church, and,as far as I know, she and her siblings don't pray for his soul. This indifference to me seems irrational. When the internal and the external stop contradicting each other, why do we still not believe?

Luke 24 is better evidence in my view.