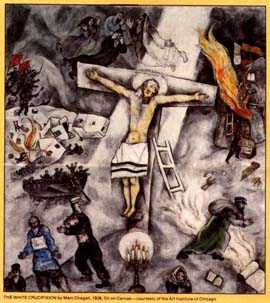 In recent decades, many American Evangelicals have rediscovered the practice of fasting long practiced in the Catholic and Orthodox traditions. In 1978 Richard J. Foster, a Protestant writer in the Quaker tradition, published Celebration of Discipline, a book on spiritual practices that introduced many Protestants to the ascetical and devotional heritage of the early monastic tradition, the mystical writings of John of the Cross, and other writers ranging from Brother Lawrence to Dostoyevski to Thomas Merton.

It was reading Foster as a young Evangelical that I first encountered the claim that fasting is a normative part of the Christian life: After all, Our Lord in the Sermon on the Mount said to his followers "When you fast," not "if"; and in Mark 2 Jesus declared that while His disciples could not fast while He, the Bridegroom, was among them, in the days when the Bridegroom would be taken away, "then they will fast."

Later, as I learned more about the early Fathers, I discovered the Didache, one of the earliest extrabiblical Christian texts (possibly as early as 70 AD), which records that Christians in the apostolic Church fasted twice a week, on Wednesdays and Fridays (in contradistinction to the practice of the "hypocrites," which was to fast Mondays and Thursdays).

Even so, for many Christians, fasting continues to be a somewhat exotic or unfamiliar practice, perhaps carrying a suspicious whiff of works-righteousness or something of the sort. Why do we fast? How can we explain it to others?

What follows below the fold is my attempt, originally written for and posted in a non-Catholic Christian forum, to brief sum up what I understand to be the basics regarding the place of fasting in Christian spirituality as a form of penance and asceticism. Additional thoughts, insights, corrections and comments are welcome.

As a foundation of Christian ascesis, fasting is a form of self-denial, of sacrifice. What differentiates sacrifice from the self-discipline of the moral life is this: In the moral life we forgo temptations or self-indulgences that are actually wrong or bad for us, but in the sacrifice and self-denial of Christian ascesis we voluntarily give up what is good in itself, just as the Israelites made offerings to God of the best from their flock.

By willingness to give up for God what is good as well as what is bad, we affirm and practice attachment to God and detachment from created things, even created things that are lawful in themselves. Like soldiers training for war, we practice doing without and denying ourselves, in part to strengthen our capacity to choose to do without and deny ourselves when it counts. Like sacrifice in the Old Testament, self-denial is also a form of penance before God, of expressing sorrow for sin and offering something to God in token of contrition, suffering in union with the sufferings of Christ (cf. Rom 8:17).

Christian ascesis takes for granted that the human creature is damaged goods out of the box, not conforming to original manufacturer specs, and that our failures and sins in this world further knock us out of whack. Ascesis is part of an apprenticeship in self-mastery, and we need to begin by realizing that mastery of ourselves is not the default.

We do not start off automatically in charge of ourselves and able to direct our feet on the path we wish. We are a spoiled brat, a recalcitrant donkey. We need whipping into shape. We need boot camp. We need to be made uncomfortable, to be pushed where we don't want to go. We need to acquire stick-to-it-iveness, to strengthen our weakened will and develop the resolve to finish what we have started.

Our appetites are inflamed and disordered; our volition is weak and vacillating; our intellect is darkened and forgetful. This sorry condition is known in the Christian anthropology of the West as concupiscence.

To follow Christ, it is not enough to start where we are, swear off our bad habits, and merely set about avoiding sin and actively offending God. We are flabby, soft, wheezing, lazy. Like a couch potato signing up at the gym, we have fine intentions for a week or two, but easily fall off the wagon, as unprepared for battle as ever we were.

St. Paul speaks of those whose god is their belly. Even when your belly is not your god, turning away from your belly can open your eyes and ears to God in a new way. Although Christian anthropology teaches no Cartesian dualism between spirit and flesh, in this mortal world separation from the body stands between us and union with God, and fasting is a form of preparation or practicing for death, of putting aside the flesh.

Besides fasting from food, other important forms of Christian ascesis include abstention from sleep (called "watching") and from sex (especially, I think, in the Eastern tradition), as well as the special calling of celibacy.

My sister fasts. She says the most notable experience for her is the realisation of vulnerability. She finds it so humbling to realise how weak she feels after just 12 hours without food. It really rattles self-sufficency and pride. Now that you've blogged about it I might as well have a go. It's been years since my last proper fast so it's almost like maiden territory.