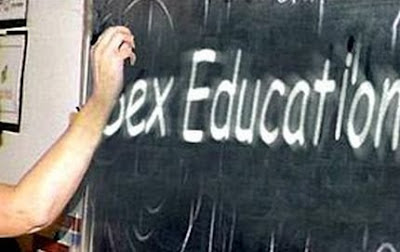 As we are seen from across the Pond

(CWNews.com) -England's failed abortion and sex-ed policies
In what is fast becoming known as the “abortion capital of the Europe,” Britain saw the number of abortions performed on girls under 14 rise by 21%, the American Life League (ALL) reports.
The British government is considering legislation to increase the availability of contraceptives and sex education to solve the problem.?Yet ALL leaders see those policies as certain to produce still more abortions.
Abortion in the United Kingdom is at a record high, reaching more than 200,000 preborn children killed in 2007, according to statistics released this week by the UK Department of Health. Abortion has been legal in the country since 1969.??
“Britain’s odious abortion record is the natural product the UK’s complete disregard for the sanctity of human life,” said Judie Brown, president of ALL. “However," Brown continued, "tossing contraception and more abortion at the problem will only intensify the human pain and loss of life.”??
Most disturbing among the findings is the increase in abortions performed on girls 14 and younger from 163 in 2007 to 135 in 2006.?Parliament’s response to what UK’s Guardian calls the failure of government sexual-health strategies is more contraception, suggested mandatory sex-education in the elementary schools and easier access to abortion.?“Today's data suggests the government's contraception and sexual health strategies are failing,” admits the Guardian.??
The statistics have been made public just a month after Parliament rejected a motion to lower the time limit on abortions from 24 weeks to 20 weeks. “The insanity that says easier access to sex education and contraception will somehow reduce the number of abortions is based on a lie. It is in fact a recipe for disaster that will result in tragic loss of life for preborn children and agonizing regret and depression for young people,” Brown said. “The United States should see a grisly vision of its future if we continue along the same deadly path as England.”??
at June 21, 2008

The Abortion industry makes a lot of money out of the misery of frightened girls and women looking for an easy answer. The industry itself is often the provider of sex ed that encourages sexual experimentation and yes exploitation.
The govt is hand in glove with this massive money making industry. So the increase in dead babies and the occasional mother who dies from RU486 is fine.

When you know for a fact that a policy does not work to achieve a stated objective. When that policy is not changed but push even more to younger age groups then there are only two logical conclusions that one can draw

1) The government is insane

2) The stated objectives are not the REAL objectives

I do not believe the government is insane.

The government is indifferent to abortion at any age group. The government is against stable families and moral Truth. Anything that attacks the stability of the family or undermines moral teaching is "good". These are the hidden real objectives. These are being achieved quite well under the present policy thank you very much. So more of the same at younger age groups please.

The Green Vegetarian Comic Singers have made us all SLOW DOWN to save the Planet,they now realise that the Birth-Rate is unstoppable.It is predicted that the World Population will be 7 billion by 2012.

It is only a matter of time before Abortion & Euthanasia are compulsory,along with ID cards & DNA databases.

Same Sex marriage might be one way they are looking,they seem to be encouraging all these EVILS.

These Devils can only be defeated in the Ballot Box,we have to remain staunch and stick to our beliefs.

I am really annoyed with the way Britain is often seen from across the Pond. I've just come out of a "Catholic" US forum where I got censored for saying that the Eastern Orthodox Church is in communion with Rome. I said something about the HFE Bill in Britain - thinking it would be pertinant to North Americans - not one responded because I was referring to Britain not the US. I said migrating Mexicans might increase the Catholic vote in the US - they were still banging on about The American Way and law and order. They're calling us the abortion capital of Europe, but it's ok to kill thousands of Iraqis. And this is from a Catholic News Agency?

I too have been shocked since 2003 to discover Catholics, both lay and clergy, in America seem to think Iraqi women, children and old men are "the enemy" that justifies young men and women from America going as cannon fodder to kill/maim and be killed/maimed to protect "our way of life". How many spontaneous abortions have occurred in Iraq over the last few years? Unfortunately, Catholics in my parish don't seem to be that much different.

Imagine a priest saying Mass in the Pentagon and reading on Monday, 16 June the Gospel according to Matthew 5:38-42

Jesus says to His disciples, "You have heard that it was said, An eye for an eye and a tooth for a tooth. But I say to you, offer no resistance to one who is evil. When someone strikes you on your right cheek, turn the other one to him as well. ..."

and all the while they think they're bringing freedom and democracy to the world down the barrel of a gun and God must bless their "good" work:o(

May God forgive us all for our part in the injustices in the world!

British politicians have clearly demonstrated that they cannot get ANYTHING right, whether it is policies on transport, refuse and recycling, taxation, the economy, law enforcement, education, health care, information technology, defence, foreign affairs, the EU, the Olympic games fiasco... the list just goes on and on. Most people seem not the slightest bit concerned until it affects them in an immediate way and most of the newspapers address the issues in a tone of hysteria which absolutely prevents rational discussion.

Once you leave the country you only have to look around and compare the state of the streets in Britain and the demeanour of the people to realise that it is in rapid decline. That the British £ is turning into toilet paper is another reflection of the British failure of morality and practical competence.

So why should anyone expect British politicians to have sensible policies on abortion or anything else when there is such muddleheadedness?

Government by focus group is one part of the problem. It has turned politicians into followers determined to stay in power, rather than leaders of the people. It is an abdication of responsibility. And it is bringing the country to ruin.

I agree with Henry. And another thing...... ask everyone you know, this week, "Have you ever been involved in a New Labour Focus group ?"

I`ve been asking that question for the past 10 years and er.. not found anyone yet. Strange, isn`t it. Yet the so-called research is is used to justify many odd policies.

I reckon they are completely invented in order to push forward the secularist agenda. We are talking about a totalitarian regime. They are about as interested in your opinion as Mao-Tse-Tung might be.

And (yes another thing): all those online polls to Number 10, where you leave your address and personal information. I reckon that`s a just a way of collating who the dissenters are. It is NOT an excersise in E-Democracy , that`s for sure. They`ll know where to come looking when they want to round em up.

It's also a big sign of the pro-life movement failing in a big way... You wonder how the government justify their actions. 40 years of contraception hasn't made a difference.