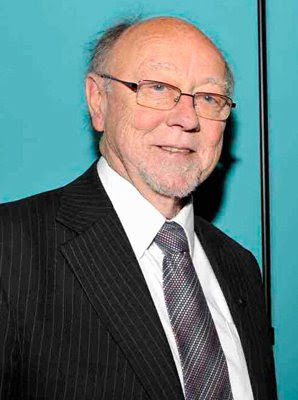 British Catholics have always had an affinity with the Labour Party, it is the working class roots, the interest in social justice, the internationalism of both groups that have held them together. I spoke to a friend from Crewe just after the by-election there, a Catholic friend and life-long party supporter said, "None of the Catholics I know who take their faith seriously can take Labour seriously anymore". This was just a few days after the vote on the Human Fertilisation and Embryology Bill.
With Labour desperate for votes, though "it doesn't do God", should be aware that alienating Catholics and other Christians could cost it dearly.

(CNA) Jim Dobbin, the Labour MP for Rochdale, cited a series of public attacks by the Labour Party on positions upheld by the Catholic Church. He noted the fierce criticism of the stand taken by Catholic bishops in opposition to the Human Fertilisation and Embryology Bill, the indifference to Church leaders' concerns about anti-discrimination guidelines that led to the closing of Catholic adoption agencies, and the sharp criticism of Lancaster's Bishop Patrick O'Donoghue for upholding the Catholic character of Church schools.

"There are 5 million Catholics in the country," Dobbin observed, reflecting on the political consequences that anti-Catholicism could have for the Labor Party. "If they think they can disregard even a small number of these votes they are living in cloud cuckoo land.”

The Labour Party took the people who gave them a great victory for granted,post-war Britain got worse.

We trusted them again & again and they have always let us down.

I have been a member for over half a century but I have had to tear my card up several times,it seems as though they forget who they are.

It did look as though we would have it right in 1997 and then the penny dropped,they are just like the other barmy lot ,greedy,selfish,power mad megalomaniacs.

Lies come automatically,and the more of a mess they make the better it will be for the auto biography.

Some of them call themselves Catholics,and the wonderful British Press make a meal of it.

Is it any wonder that there is so much Anti-Catholicism?

The early church figured out socialism didn't work ... and just NOW you are figuring that out?

Socialism is a scam designed to pit one group of people against another, creating a new nomenclatura class which doles out goodies to their favorites. They WANT people dependent on them as the font of all good.

A re-read of Animal Farm should be in order.
Socialism is a sucker bet.

Add in traditional British anti-Catholic sentiment, and anti-Catholicism becomes respectable. Express any critical comments about Judaism or Islam and the individual uttering those comments will be denounced as a racist, even though no there was no criticism of Jews or Muslims.

Things were slightly better in the days of the Provos as they were nominally Catholic. Which shows that underlying the sentiment of avoiding criticism of non-Christian religions, in part, is probably guilt about Britain's colonial past.

At the Pontifical High Mass at Westminster yesterday I saw the Labour MP, Andrew McKinley, in the congregation.

How did the early church "figure out socialism didn't work" when it did not exist as an ideology until the nineteenth century? If anything Christianity has been a major influence on socialism. The Labour party was always described as owing more to Methodism than Marxism. The Catholic Church has also historically been a major influence on the party. One can only pray that the current phase the Labour party is going through will prove to be an aberration.

As for doling out goodies to favourites:

And all that believed were together, and had all things common; And sold their possessions and goods, and parted them to all men, as every man had need. (Acts 2:44-45)

Neither was there any among them that lacked: for as many as were possessors of lands or houses sold them, and brought the prices of the things that were sold, and laid them down at the apostles' feet: and distribution was made unto every man according as he had need. (Acts 4:34-35)

Sorry but I'll take that over unbridled capitalism any day of the week.

Gem, you are right, Socialism doesn't work. But neither does the system of economic organisation which is sloppily described as "Capitalism". But to do a proper critique of Capitalism requires a deconstruction before it is possible to see the various elements of which it is composed.

Capitalism appears to lead to widening divisions between rich and poor, paradoxically going with material progress and technical devlopment. There is no trickle-down effect and there are resource and environmental limitations which are now setting a limit to growth.

On the other hand, free markets appear to, literally, deliver the right goods where and when they are wanted. So it is necessary to establish which aspects of "Capitalism" give rise to wage slavery and social injustice.

I was going to reply to Gemoftheocean's daffy comment but saw that Roydosan and Henry (who is a Georgite) did the job for me.
I think Gemoftheocean could do with re-reading Animal Farm herself. It's NOT an anti-socialist parable as she seems to imagine. It's an anti-Stalinist parable. The two are quite different. Stalinism is an anti-working class ideology which has nothing whatsoever to do with socialism.

On the Labour Party, I deeply sympathise with what my former Labour Party comrade, Nickbris had to say and all the others who are sick and tired of the anti-Catholicism running out of control in the party.

To you I say this: the Labour Party is OUR party. Don't let yourselves be driven from it. Don't tear up your party cards. Don't resign in disgust. Don't give up and deliver a victory by default to the anti-Catholics. Do the opposite of what they want. Stay in the party and fight. Make your voices heard. We don't have to accept anti-Catholicism, you know.

Socialism is difficult. Sweden, where I am writing from just now, is probably the last remaining socialist country. There are lots of good things about having certain sectors of the economy in public ownership. It has achieved much and in my experience is not the godless place its detractors say it is. Try getting into a Catholic church at the last minute and you will find yourself crowded at the back and it isn't all due to immigrants either.

However, Sweden's socialism, which is democratic socialism, comes out of two streams of tradition, the Lutheran and the Viking. And the population is very small - there are more people living in London. So the system will not transfer to another country.

It is also evident that the Swedish welfare state system is breaking up, not so much because it is not viable, but because of the perverse incentives inherent in so-called "ability to pay" tax systems. The system of controlled residential property rentals here also has strange effects.

Contray to what I suggested earlier, Socialism can be a workable system in certain societies where there is a strong sense of the public realm and public well-being. Which probably excludes the US and Britain where the culture is "every man for himself".

Where that is the case, there is a particular need to understand and promote Catholic Social Teaching, especially its strengths but also its weaknesses.