Abuse and Rape in Ireland 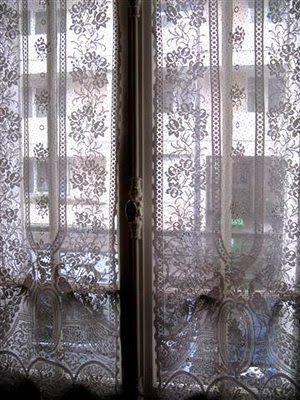 I found the following in a comment on Damian Thompson's blog by Shane O'Neill:


The scale of sexual abuse and rape in Irish society is shocking, as revealed in a report by the organisation that undertook the survey of clerical abuse for the Irish Catholic Bishops.

Only a tiny fraction of abusers are members of the clergy and only a miniscule proportion of these sexual crimes are reported to the gardai or, indeed, to anyone else. It is an epidemic of enormous proportions, one largely ignored or diminished by the state, politicians and commentators.

The startling facts of abuse are:

* One in five women reported experiencing contact sexual assault as adults with 6.1 per cent of women experiencing unwanted penetrative sex (ie rape). That is over 76,000 women raped during their adulthood.

* One in six men (16.2 per cent) reported experiencing sexual abuse in childhood, with a further one in 14 reporting non-contact abuse.

* One in ten men (9.7 per cent) experienced contact sexual assault as adults and 0.9 per cent of men were subjected to unwanted penetrative sex as adults.

* Most of the perpetrators of child sexual abuse were men (89 per cent) acting alone.

* In the case of the abuse of boys, only one in seven (14 per cent) was a family member, two-thirds were non-family but known to the abused boy and only one in five were strangers.

* In the case of sexual violence against adult women, one-quarter of the perpetrators were partners or ex-partners.

These startling revelations are in a report, Sexual Abuse and Violence in Ireland (SAVI), undertaken by the Health Services Research Centre at the Department of Psychology, Royal College of Surgeons, the body that conducted the recently published report on clerical abuse.

The report was commissioned by the Dublin Rape Crisis Centre. Over 3,000 people, randomly selected, were interviewed anonymously by telephone.

This information was published a year ago, but caused little fuss. Remarkably, only 47 per cent of those who disclosed information to the interviewers for this survey said they had reported the abuse to anybody else. The remainder had never previously disclosed it.A tiny fraction (1 per cent) of men who had been abused as an adult, and only 7.8 per cent of women had reported their experiences to the gardai. In the case of child sex abuse, only about 10 per cent of victims reported their abuse to the gardai.

The phenomenon of sexual crime is by far the most startling of all criminality in the state andyetalmostno attention is focused on it, apart from clerical sex abuse, which is a minor, almost incidental, part of the problem, although, obviously neither minor nor incidental for the victims of clerical abuse.

Thank you Father for the courage to tackle this painful subject over several posts. The comments of other users help also to understand this. Their differences show the complexities and challenges. You are surely right that openness is the best approach.
Let us hope that others watch and try not to repeat this sad story in their own countries. If the episode serves as a warning some small good may yet come.
Merci beaucoup.

I saw that comment and similar ones the other day, and did some research into this. It seems the SAVI report was carried out in 2002, and was very comprehensive.

Of the 3,000 people in the sample, unless I counted wrong, 772 reported having been abused as children, that is, while under 17, the Irish age of consent. The abuse varied from rape to contact abuse, to non-contact abuse.

The whole thing is monstrous, of course, but it's a national problem, not a specifically ecclesiastical one. And the abuse committed against the more than 96% of abuse survivors is hardly ever discussed. All the emphasis on clerical abuse in the media rather serves to mask the vastly bigger problem. Unfortunately, it's difficult to make this point without sounding like an apologist for the vicious crimes committed by some priests and the way this was - for whatever reason - covered up.

Ireland is not unique. Around 21% of girls and 11% of boys in England & Wales experience some form of contact sexual abuse when under the age of consent according to the Home Office in 2007. Near 1/3rd of abused children reach adulthood without ever telling another soul about their abuse.

No moral high ground for us to take on this issue, our own society is, our own families, communities, and institutions are clearly just as broken as those in Ireland.

I thank God that Fr Ray has the courage and sensitivity to host a discussion on this difficult and challenging issue on his Parish blog. Would the Church in E&W would speak out with a clearer and single voice on the subject so that 'safeguarding' would no longer been seen as a trivial, pointless 'it can't happen here' piece of Parish bureaucracy.

I have four active current CRB checks for different voluntary activities I undertake. Because of experiences a long time ago I never complain about the need for these.

...as my friend's a major figure in the Irish social services I can't really comment for fear of inadvertently disclosing confidential material ; but one thing I can say : There are two significant forms of abuse which are totally ignored to the point of denial by society and the ideologically indoctrinated chattering classes in government, academia and the quangoes :

a] Female abusers
b] Teenage abusers

I would also ask people to search for the online raw data [not the processed information with the ideological spin] on abuse by step parents or the abuse by sexual/social partners/associates/extended family members in single parent families...
Because the figures are so shocking they are being obfuscated, diminished, neglected and suppressed by social engineers who are determined to find every reason to justify the ideological promotion and governmental legislation acting towards the destruction of the nuclear family.

Thirsty, excellent points. It's clear the media has made the church the sole goat and whipping boy.

In the US the figures played out that if men in the general public sexually abused youngsters 4 fold over the clergy -- not that any of it is good, but what gets blamed? "Celibacy"

I love the stupid fallacy that if somehow priests were allowed to married they wouldn't abuse kids!

So somehow a guy who slips through the net and happens to be "gay" and rapes boys is going to be satisfied by sex with a woman.

[And I don't mean to imply that homosexuals are more likely to abuse children than non-homosexuals - I've not seen figures on that, one way or the other.]

Linked to the explosion of pornography does anyone think?

Ditto on not suspecting women as potential abusers.

Because of "Megan's law"[passed when a child was abducted from her own home and killed] in this state if a child sexual offender has done their jail time and released the public has a right to know the offenders names and addresses, there is a public database that people have access to so they can find out who these offenders are who live in their neighborhoods. A person just has to type in their zip code to find out who the registered sex offenders are.


Critics decried potential "vigilante justice" but it hasn't happened, but at least it gives people the chance to find out if a rape "artist" is living next door.
And those are the convicted ones.

Volpius Leonius, I shouldn't think that this is linked to "the explosion of pornography".

These studies go back to the 70s and even earlier (they are asking people who are now adults about their experiences as children), and my understanding was that pornography was virtually unobtainable in Ireland back then.

The Irish censors still publish a Register of Prohibited Publications. I don't know how well enforced it is now, but the current (2007) list includes not only "top shelf" magazines that are sadly on sale in almost any English newsagents but also the English edition of News of the World, and things like Esquire magazine that wouldn't even be on the top shelf in England.

For abuse by the clergy, isn't the proportion more or less reversed?

Two Canadian items are of interest - the Anglican Revd Robin Barrett of Newfoundland is facing charges of possession and distribution of child prrnography - he is married with a family. Bishop Raymond Lahey ,until recently Catholic Bishop of Antigonish, Nova Scotia, is facing charges of having child pornography on his computer. Both have attracted considerable attention in the Canadian media. Ireland is not out of step with the modern world - more is the pity!

Greg Collins mentions CRB checks. These seem to me to be primarily intended to serve the parish, club or whatever. They allow the clergy to say that proper checks were made. This may be a legal defence against negligence charges but should not be relied on. Proper management will ensure that there is no opportunity for abuse and nobody is in a position to abuse. This is not easy. The CRB check is a necessary, but far from sufficient, part of the process.

I had to have one before assisting with the confirmation programme. I also had a Child Protection course to follow. Neither would have prevented a cunning abuser from gaining access to children.

It may be worth thinking that an overall risk management approach is needed. This covers food hygiene, building security, fire precautions as well as protection of personal data and proper financial administration. If we focus only on one risk, such as sexual abuse, we are likely to fail on something else. Businesses, especially those subject to regulation, manage this. But it is not easy. And a business has to make a profit after that. Well the church needs to pass on the faith properly. Luckily the Holy Spirit will help.

The explosion of pornography was well under way in 60/70's with the introduction of the VCR Richard.

LBS,
Whenever I publish a comment of yours, I have serious objections to your avatar.