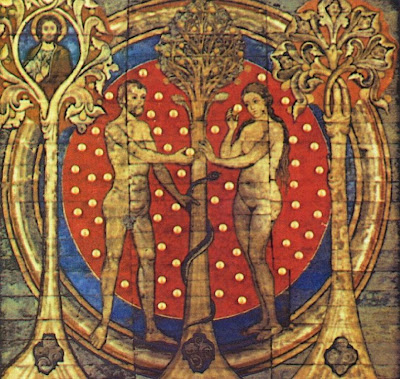 Speaking of the Christmas Tree in St Peter's Square the Holy Father said:


The Christmas tree -- with its journey from a dark forest to the brilliance of decorative lights -- represents every Christian, called to share the message that the Light of the world has become man.

This was a comparison made by Benedict XVI today when he addressed a delegation from Belgium, which provided the Christmas tree for St. Peter's Square this year.

"In the forest," the Holy Father said, "the trees are close together and each one of them contributes to making the forest a shadowy, sometimes dark, place."

"But here," he continued, "chosen from among this multitude, the majestic tree that you offered us is today lit up and covered with brilliant decorations that are like so many marvelous fruits."

"Leaving aside its dark garments for a brilliant explosion, it has been transfigured, becoming a beacon of light that is not its own, but rather gives testimony to the true Light that comes to this world," the Pope suggested.

He compared the tree's destiny with that of the shepherds, who "keeping watch in the darkness of the night, are illumined by the message of the angels."

"The luck of this tree is also comparable to our own, we who are called to give good fruits to manifest that the world has truly been visited and rescued by the Lord," the Pontiff continued.


Christians have always sanctified pagan signs and symbols, the evergreen tree is an obvious one.

I remember reading somewhere that in the middle ages in Germany at Christmastide evergreen trees were brought into churches and hung with apples as a sign of the Tree of Life, later the apples were gilded and later still replaced by gilded glass balls. I like that symbolism.

I remember as a child visiting an old German women who decorated her Christmas tree with glass balls painted with the images of the figures from the Jesse tree, it was surmounted, not by an angel but an image of Our Lady

We copied that idea from Jesus.

He makes the unclean parts clean(if we allow Him).

I think the story of St Boniface and the origins of the Christmas Tree is worth a read.

Hmmm. For the past few years our church has had a Christmas tree in the sanctuary. At first I didn't think it was appropriate to have a pagan symbol in that most holy of places but after reading the Holy Father's words I may have a reappraisal.

In practical terms, both in houses and in churches, they are more bother than they are worth. They take up too much room and you get pine needles everywhere.

In the words of one of the readings at the carol service I played for last evening, "Bah, humbug". My sentiments entirely!

Who would deny a good German Christian his Christmas tree?

In the Mystery Plays in England in the Middle Ages, in the play on Adam and Eve in the Garden, a tree with apples was on the stage wagon, and some scholars believe it stayed up for the entire set of stories, being part of the backdrop of the Christmas Story as well. The tree of life could have been an evergreen, as it would last longer and be more symbolic for those who watched the plays. Also, the liturgy of December 24th in the Latin Rite pre-1962 highlighted the connection between Adam and Eve, whose feast day, as redeemed saints, was December 24th, and the Incarnation. One of the collects, I believe, repeated the same line used in Holy Week, O Happy Fault, O Necessary Sin of Adam. David Jones refers to this in one of his poems. So, the apple tree of life could have become the Christmas Tree through the English dramas.