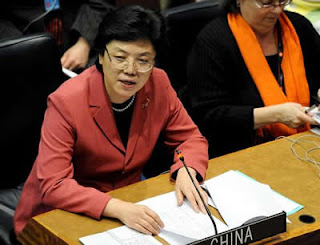 I have just received this as an email:
Jim Dobbins is going to present a Early Day Motion about Maries Stope International's relationship with China.
URGE your MP to support it!

That this House notes that Marie Stopes International (MSI), the international abortion provider, listed as a charity, is held in such high regard by official bodies in the UK that it has been permitted to break the law and advertise abortion on national television;

further notes it has received millions of pounds from the Chinese government to carry out abortion programmes in China, where the one-child policy has caused untold suffering and misery to millions, including forced abortions and sterilisation with imprisonment for those fighting against the law;

further notes as an example a 20-day campaign in April in Puning County, where 9,559 adults were required for compulsory sterilisation with doctors working 20 hours a day to achieve the numbers;

further notes that some 1,300 people were confined by force because their relatives refused to submit to the surgery;

further notes that Marie Stopes claims to disapprove of force and seeks to discourage it, yet gave a red-carpet welcome in their London headquarters to Ms Lin Bin, Minister of China's National Population and Family Planning Commission, which is responsible for the one-child policy and its implementation;

further notes that although MSI sought and achieved enormous publicity for its television advertising it was strangely silent regarding the visit of their honoured guest;

further notes this was exposed by Tibet Truth, a human rights organisation protesting about the barbarities inflicted on the people of China and Tibet;

and calls on the Government to withdraw its funds from MSI and to take steps to require the cancellation of its television advertising.

Only 3 MPs have so far signed the EDM. Of course this is early days yet but there is a danger that this issue will go off the boil and MSI's activities will be accepted as the norm.

The Optimum Population Trust is also a registered charity.

A more selfish bunch of malcontents could only be dreamt up in Science Fiction and the number of British Empire medals bestowed on the patrons of these two organisations is enough to make one weep.

They all want to bump off HUMANS and save the Vermin.