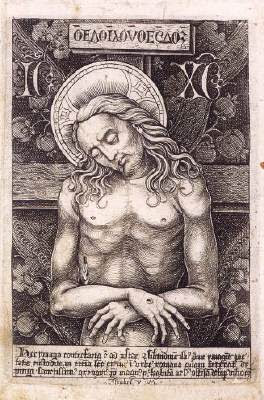 Here is an extract from a proposition paper of the Linacre Centre on the sexual abuse crisis in the US, it argues we have moved to therapeutic culture from an ascetic one and that the solution lies within our own tradition. The whole article can be found here, it seems provocative and challenging, a far cry from the spirituality of Broke Back Mountain!

We recognize both the need for policy changes by the US bishops on sexual misconduct and the further instruction by the Vatican on the admission of homosexuals to the priesthood, but observe that these do not address the scandal’s first cause. A spiritual malaise and the concurrent collapse in ascetical discipline in the middle of the twentieth century created psychologically untenable conditions for many priests and bishops. This malaise, which remains with us, was the prime effect of the failure of religious purpose and discipline and its most visible signs were a defiance of religious authority, the precipitous decline in seminary enrollments, and the uniquely sexual features of the scandal. Ascetical discipline was practiced better in the first half of the twentieth century when the purpose of religion was embraced and misconduct by priests was rare. What changed between the first and second halves of the twentieth century were not the management policies on sex abuse and secrecy at all costs-- these remained a constant throughout—nor do we have evidence to show that the personality features of seminarians or priests changed in any fundamental way that would account for the nature and the magnitude of the crisis-- in its early stages at least. Rather, the core change over the course of the twentieth century was one of purpose or allegiance-- leaving behind ascetical discipline, having disdain for religious tradition, and adopting the therapeutic mentality, a popular belief that fulfillment of the human person springs from emotional desire in a quest for self-definition, or self-actualization, without regard to an objective philosophical, religious or moral truth. Further, the therapeutic mentality views sin as a social concern and discourages loyalty to religious authority; it is profoundly anti-ascetical.

For centuries the ascetical life of Catholic priests and religious brothers and sisters included a strict discipline that by today’s standards would appear as nothing less than self-abusive. Prayer at hours through the night, a severely restricted diet, sleeping in unheated cells on wooden planks covered with a thin layer of straw, donning course woolen clothing in all seasons of the year, not to mention the practice of strapping one’s self with small knotted chords, were seen by many as necessary steps for a life dedicated to the service of God. The belief in ascetical discipline endured throughout Christendom, in the East and in the West, because the Church understood that self-denial and periods of bodily deprivation were necessary to encourage a spirit of poverty and the spirit of repentance, and to check human passions, including the strong sexual appetite, all for the ultimate purpose of giving glory to God and to depend upon Him in all things. There were abuses, of course, and the reforms over the centuries in the Church give recognition to the fact that the ascetical life was not always lived well. Nevertheless, driving the development of the ascetical tradition was a religious culture of hope and love-- hope that one can genuinely train his or her spiritually destructive passions, and the expectation that the meek and merciful would achieve a love of Jesus Christ. It was the ascetical discipline that in no small measure protected the early Church from the onslaughts of pagan sexuality, and indeed, contributed mightily to the development of Christian culture.
at April 16, 2007

Thank you Father for bringing this to my attention. I suspect that without you doing so I would have never come across it. I will be ordering a full copy.

Thank you Father - a really excellent and encouraging piece. Thank God it's becoming possible once again to tell the truth - a real tectonic shift whatever else happens in the short term.

We are all Human Beings and as such are subject to malfunction.Some of us have the power of life & death over others.Our politicians destroy lives with their lies by declaring wars under false pretences.A priest falls by the wayside and it occupies all the newspapers & TV programmes.More ammunition for the thick uneducated masses.It takes their minds off what is really going wrong in the world.Wrongs that can only be put right by organised groups with enlightened ideas.